Sharon Asks Abby to Be a Bridesmaid in Her Wedding

Friday August 17, 2018: Summer continues her pursuit of Billy despite the pay-off, Ashley and Neil get amorous, and a mystery man named Rey makes contact with Nick and Sharon. 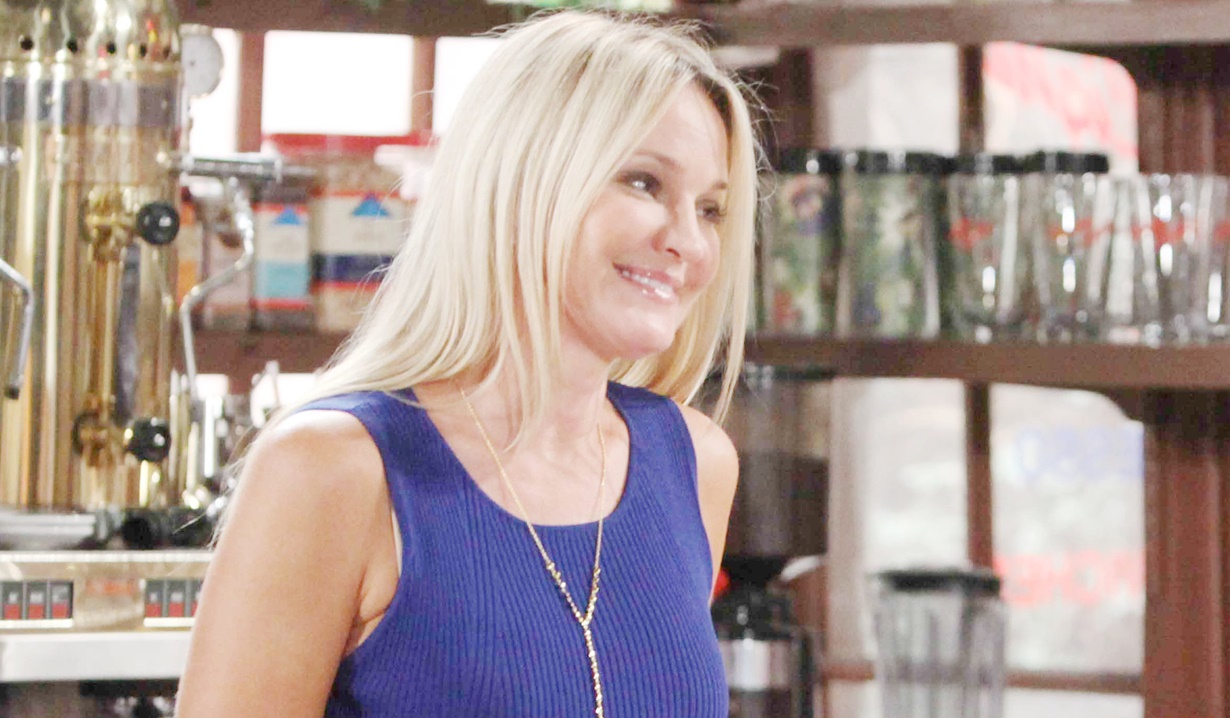 At Jabot, Nick tells Summer he knows she can be bought. Summer complains it’s a trap. Nick recalls her taking a guy’s car in exchange for not telling his wife about their affair. Summer sulks, “Well that stings.” Nick wants to know if they have a deal or not? Billy enters and asks what’s going on. Summer muses she should tell him all about it. Summer shows Billy the check and says her dad is looking out for her financially. Billy notes the number of zeroes and thinks Nick’s losing out. Nick intones, “It was money well spent.” Outside the office, Nick, still with Summer, sends Phyllis’ call to voicemail. Later, Phyllis arrives and asks Billy if he’s seen Summer. He relays that Nick’s supporting Summer’s spending habits, and suggests dinner. Phyllis deduces that Nick gave Summer money and assures Billy she’ll talk to him about it.

At the Abbott mansion, a shirtless Kyle’s been cleaning his car and muses to Ashley about not doing anything stupid, like losing it in a bet. Ashley tells him to ‘wax away’ then gets a call from Neil, who asks her out for some live jazz.

At Crimson Lights, Arturo listens to Abby’s business talk as Sharon approaches with coffee. Sharon wants to talk with Abby, and broaches the topic of her being a bridesmaid. Abby thinks Nick put her up to it, but Sharon denies it. She wants to mend fences. After, Abby tells Arturo about what happened with Scott, who was with Sharon. Arturo cringes as Sharon approaches and they have words as Abby accuses her of wanting her to decline her invitation.

At the Dive Bar, Summer assures Nick she won’t tell Billy. Nick replies, “Not because you love me, because I paid you off.” Summer’s upset about being judged.

Nick’s disgusted by his ‘Victor’ move, but is feeling hurt by his Supergirl. Summer complains about Nick jumping between Sharon and Phyllis. Nick loves Sharon. Summer thinks her parents belong together. Nick senses she’s playing games. Nick moves to the bar, where a man named Rey, (played by Jordi Vilasuso),

introduces himself. Nearby, Neil talks to Ashley about jazz. He admits he needed this night out, and asks about her. Ashley references the ‘thing with Billy’ before the conversation turns to Neil’s kids – he can’t protect them from each other. They dance and Neil takes her elsewhere.

At the Club, Summer updates Kyle on her dad paying her off. He mocks her for blackmailing her parents, but she insists she’ll honor the deal and keep quiet. They argue about the bet. Summer says it’s still on. Kyle calls her a ‘bunny boiler’. Summer reveals she now wants a relationship with Billy. Kyle points out, “He has sex with your mother on a regular basis.” Summer taunts Kyle – she’ll never be the girl who chased after him again. Phyllis and Billy arrive and greet Kyle and Summer. Billy heads back to the office. Phyllis confronts Kyle about telling Summer what he saw at her apartment. Summer smirks as she leaves with her mother.

Nick arrives at Crimson Lights where Abby and Sharon are arguing. Sharon tersely explains she asked Abby to be in the wedding, but not nicely enough. Abby and Arturo move to the patio, where she rants and he encourages her to be part of Nick’s wedding day. Inside, Rey arrives and Nick introduces him to Sharon. He asks them about a short-term rental in town before leaving. Abby reappears, apologizes to Sharon, and agrees to be in the wedding. Sharon hopes it will be special for all of them. Neil makes a business proposition to Arturo, and Abby thanks them again for the invitation.

At home, Phyllis admits to Summer that she’s hurt she agreed to keep quiet for Nick, not for her. They agree to try and get their relationship back on track. Phyllis heads upstairs. Summer sneaks out.

At Neil’s place, he talks to Ashley about a favorite jazz musician. They start making out once he puts the record on.

At Jabot, Billy’s exasperated when Summer appears, saying she’s still thinking about their kiss. She asks if he wants the same thing as her. He tells her the answer is no and will always be no. Summer doesn’t buy it. She says he watches her, and one day he’ll let himself have what he wants, maybe even right now. Billy intones, “We’re done,” and walks out of the office.

In and undisclosed location, Rey sets up an evidence board with JT’s photo in the center, surrounded by photos of Nikki, Victor, Nick, Phyllis, Sharon, and Victoria around it.

Billy says to Nick, “The new Nick Newman. Just like Daddy after all.”

Sarah Hyland Now And Then: See Photos Of The Modern Family Star’s Transformation