Michael’s Angry Phyllis Is Siding With Billy Over Lauren

Wednesday August 15, 2018: Victor needles Sharon and Nick, Phyllis hugs it out with Lily, and Summer confronts her mother about cheating. 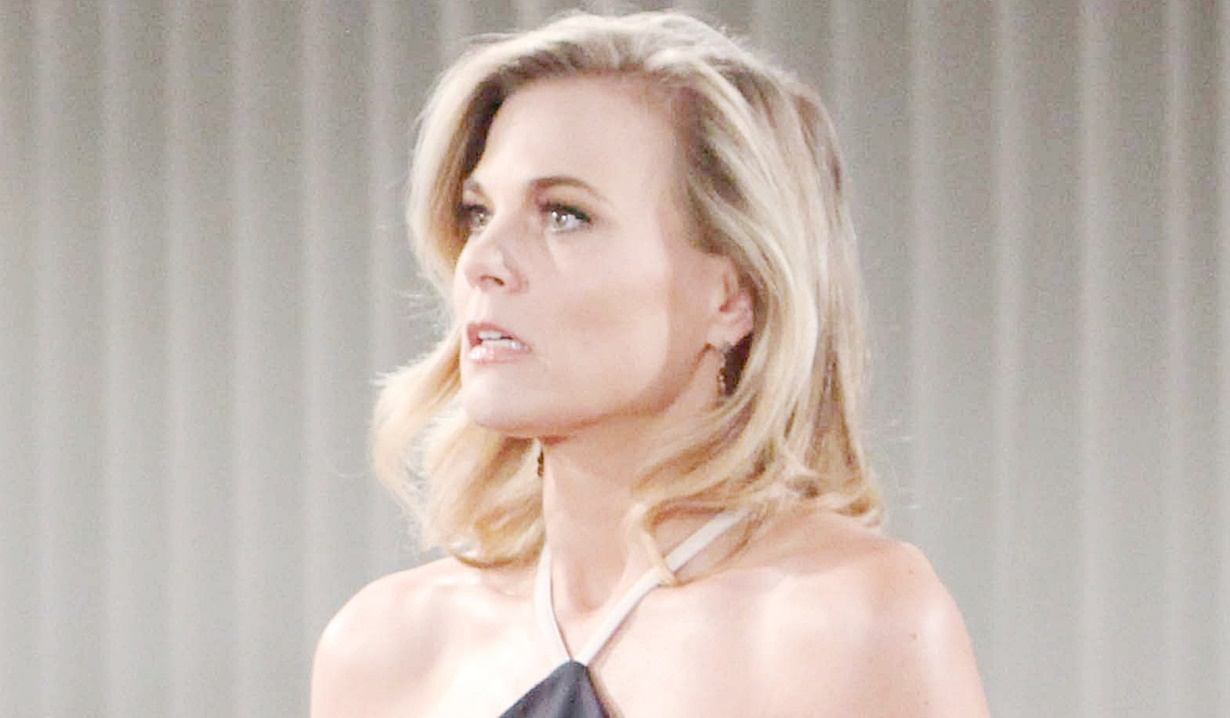 At Crimson Lights, Michael confronts Phyllis – how could she side with Billy against Lauren? Phyllis defends Billy’s business idea, but Michael angrily argues it will negatively affect Fenmore’s. He confides Lauren wants him to get her out of the contract with Jabot. They continue to debate. Phyllis insists she believes in what Billy’s doing, and feels Fenmore’s is a different market. She’ll reassure Lauren and

hasn’t forgotten they’re friends. Talk turns to Michael defending Lily. Michael doesn’t think she deserves prison, and wishes Devon would see that. Phyllis can understand if Devon never lets this go. Michael asks if she believes Hilary would want her death to leave this legacy.

At the Dive Bar, Nick and Sharon await their wedding co-ordinator. Summer watches as they kiss. Kyle muses about Nick cheating on Sharon with her mom. Summer’s mind is blown about her parents hooking up and she declares Phyllis and Billy will be done for good. Kyle wonders what she plans to do. Meanwhile, Victor spots Sharon and Nick, and taunts his son about sipping lemonade while launching a new company. Nick and Victor bicker. Nick excuses himself. He and Sharon approach Kyle and Summer, who asks for their secret to a successful marriage.

They are in love and say a capacity to forgive is important. Summer needles about how well they’re getting along with Phyllis. After, Kyle asks Summer if she’s going to blow up her dad’s life. Summer thinks he needs to re-evaluate. Kyle notes her motivation is getting Billy in the sack. He suggests she stop looking for unavailable guys and figure out what she wants. Summer challenges him, and is taken aback when Kyle points out it would benefit him at work if it comes out Billy had sex with her. Across the room, Nick tells Victor he won’t let business rule his life. Victor’s disappointed that Nick’s turning his back on all he worked for so hard. Nick wants to leave his children a company they can be proud of. Victor notes he started out lying about being JT. Once Victor’s gone, Nick and Sharon taste cake samples in a private area and start making out. Nick’s phone rings relentlessly so he has to leave. Victor reappears and ruminates to Sharon about what it will take for Nick to be successful in business – you have to eat it, sleep it, and live it. Sharon knows what Victor’s trying to do and warns it won’t work. Victor denies ulterior motives and asks about Faith and Christian, before returning to his theme of Nick’s new business taking a toll on his family – he’s more like him than Sharon thinks.

Phyllis is surprised to find Lily at Hamilton-Winters Group. Lily explains that Neil stopped Devon from firing her, but now he’s working from home. “He hates me.” She wonders if Phyllis also believes she wanted Hilary dead. Phyllis wanted Lily to be punished for what she did to her friend when she was eaten up by anger, but now she realizes it’s more complicated.

Lily can’t blame anyone else, she was more intent on attacking Hilary than driving – she could go to prison for twenty years. Phyllis feels revenge only causes more heartache – Lily’s punishing herself more than any legal system could do. Phyllis doesn’t want to put more hate out there, and hugs Lily before leaving. Michael arrives. He will make his best case for leniency. Lily reveals that Cane wanted them all to fly to Australia. Michael notes she’d quickly be extradited back and leniency would be out the window. Lily’s ready to face the consequences of her actions. Michael thinks her clean record and remorse will work in her favor, but asks her to prepare for massive upheaval.

At home, Phyllis tells Summer that Billy’s working late and gives her the heads-up that Lauren is contemplating walking away from Jabot. They need to try to calm things down by getting Billy to pull back. Summer accuses Phyllis of wanting to stab Billy in the back. They argue. Phyllis orders Summer not to lecture her on Billy’s well-being when she set up a poker game. She’s an irresponsible attention-seeking brat who humiliates herself by walking around half-naked. Summer laughs – it’s exactly how Phyllis used to act. She thinks Phyllis is really bothered by Billy keeping his plans from her – things have changed. Phyllis insists they are fine. Summer asks, “So why did you cheat on him, Mom?” Phyllis calls it nonsense, but Summer know what she did, when she did it, and who she did it with.