Thursday August 9, 2018: Neil and Nate confront Devon, Kyle participates in Summer's plan, and Lily learns she's about to be arraigned. 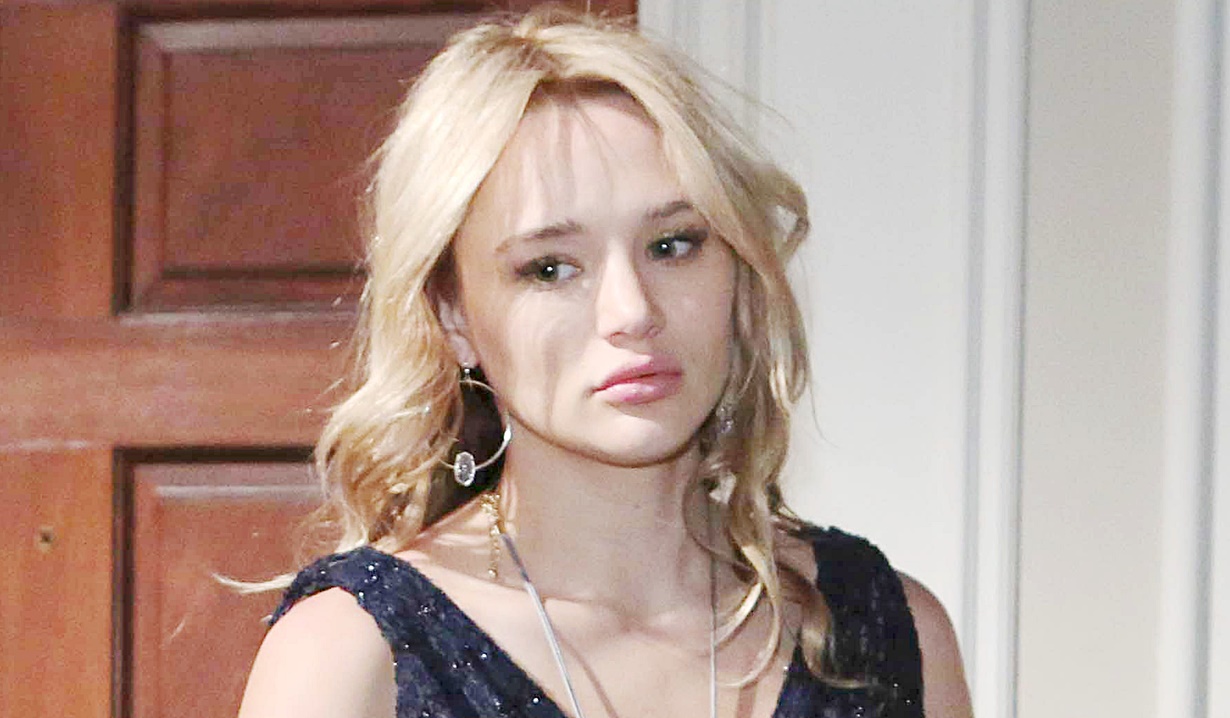 At Hamilton-Winters Group, Lily argues with Devon about him firing her. Devon doesn’t want to look at her face every day. Lily says they’re family – she’s not going anywhere. Neil interjects to remind Devon they’re partners and Lily will always have a place there. Neil and Devon argue. Lily loves Devon and if he wants her to go, she’ll go. Devon thinks employment is a moot point if she’s going to jail anyway. His life is empty because of Lily – he’s done with the conversation.

At Jabot, Billy confronts Phyllis about conspiring against him with Ashley, Lauren, and Kyle. Phyllis learns Summer reported to him, and questions if they’re a team now. She admits Lauren has concerns about his leadership,

and reminds him she’s caught in between – if people spend money at Jaboutique, they’re not spending at Fenmore’s. She accuses him of trading in gambling with cards to gambling with Jabot, and warns of the risks. Billy swears it’s going to work and maintains he gets his rush from being with her. He’ll show her over and over again at home. They kiss and he warns he’ll be late tonight.

At the Dive Bar, Kyle needles Summer about her support for Billy’s Jaboutique idea. Kyle calls her a ‘fangirl’ with a crush – the stores are a huge risk. Summer says Billy knows what women like her want,

and they can’t see it because they’re haters. She goes on to predict that Billy will run into her arms upon hearing about her mother and Jack – she plans to tell him tonight. Kyle listens as she goes on that Phyllis belongs with Jack. Kyle reminds her there’s no proof she was with his dad. Summer decides they need to set up Jack and Phyllis and get it on camera. Kyle wants to help – to see it blow up in her face. In the dining room, Kyle has an exchange with Jack, then texts Summer to wish her luck luring him to her place.

At Crimson Lights, Nate and Cane discuss what Lily’s facing. Nate says her predicament now is because she didn’t tell the whole truth right away – Cane kept quiet, now Lily’s paying for it. Cane’s already in hell. Nate advises him to be Lily’s rock. Cane always will be.

At home, Summer sets up a hidden camera. Phyllis arrives and informs Summer she’ll keep Billy in the loop from now on. Summer tells her mother she ran into Jack and he seemed down.

Summer arrives at the Club and tells Jack there’s tension between Billy and Phyllis, and she’s home alone stewing. Summer thinks there’s something between her and Jack still, and urges him to save her from Billy.

At Hamilton-Winters, Lily cries to Cane that Devon hates her.

Cane protests. Lily wonders if Hilary had been driving and she’d died, would Cane have forgiven her? She’s worried this will break her family apart forever. Michael phones. Lily tells Cane she’s being arraigned tomorrow…on two counts of vehicular homicide. Cane stammers, “They can’t do this to you.” Lily panics and Cane holds her as she sobs.

At home, Neil updates Nate that Devon’s either full of rage or icy cold. They cross the hall and tell Devon they’re there to save him from himself. Nate opens up about how angry he was after losing his girlfriend, and Neil talks about losing his wife and falling off the wagon. He asks, “Would Hilary want this for you?” Devon insists he won’t crawl into a bottle or give up on work – he just wants justice. He accuses Neil of caring more about Lily’s comfort than what happened to his wife and kid.

Jack shows up at Phyllis’ place and they sit together on the sofa. They talk about Devon and Hilary. Jack says he’s there for her to lean on, and she returns the sentiment. They discuss his paternity. Jack still thinks it’s someone from the country club, but he’s focused on Dark Horse.

At Crimson Lights, Kyle monitors Jack and Phyllis on a laptop and updates Summer via text.

At Jabot, Summer texts Kyle she’s going in for Phase 2, and enters Billy’s office. They eat, and toast to Jaboutiques. Billy gets a pain in his shoulder and Summer leaps up to massage him. When he stands up, she kisses him. He asks, “What the hell was that?” Summer says, “That was me kissing you, and you letting it happen.” Billy warns her to stop or he’ll go to her mother – the only reason he hasn’t is because he doesn’t want to be the reason their relationship blows up. Billy adds, “I’m protecting her, not you. Get out.”

Still at Phyllis’ apartment, Jack urges her to come over to Dark Horse. “Sometimes you have to move on.” Phyllis appreciates him looking out for her. Jack will always be there for her. He goes in for a kiss. She jerks away. Jack leaves, apologizing.

Summer & Kyle Bet on Her Seducing...

NAACP Image Awards 2020: black-ish, When They See Us, Greenleaf and Power Are Among TV Winners