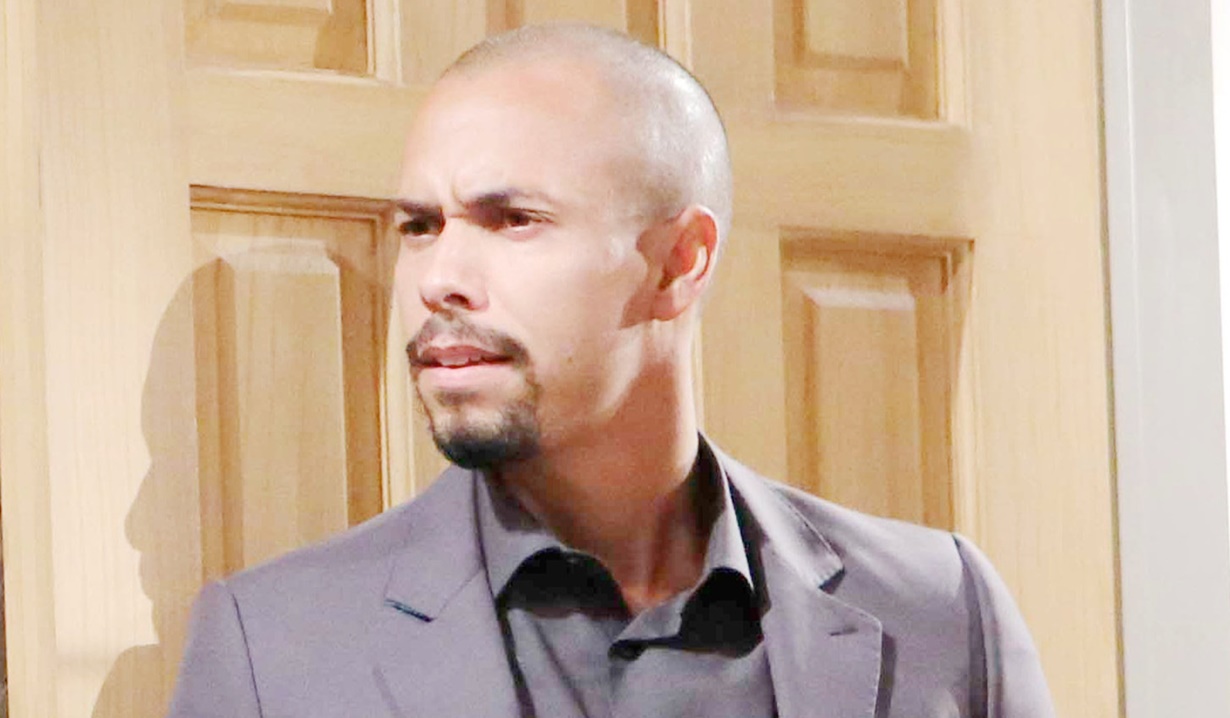 At home, Phyllis asks Billy to play hooky, but Billy reveals it’s a big day at Jabot. He still won’t give her a hint and teases there must be one or two secrets she’s keeping from him.

At Crimson Lights, Lily and Cane worry about what will happen to her. She hopes her confession gives Devon closure. Sharon approaches and assures Lily that she’s brave to tell the truth. Later,

Phyllis is there with Nick and informs him Lauren’s running late. She updates him that she’s reconciled with Billy. He’s happy for her. Lauren appears, ready to give her pitch, but Nick has changed his mind about investing in Fenmore’s – he wants to stick with real estate. Lauren asks him to let her know if anything changes – she’s more determined than ever to extricate Fenmore’s from Jabot. Nick joins Sharon and shows her a house listing. Sharon likes their house. Nick won’t give up.

At Hamilton-Winters Group, Devon confides in Neil that he dreamed about Hilary and woke up believing she was still alive – in that brief moment everything was alright. Neil nods knowingly and advises him to keep living for Hilary and their child.

Lily arrives and updates Devon that she told Paul everything. Neil asks if she knows about the legal repercussions yet. Lily just wants to know what Devon thinks. Devon maintains she should have gone to the police immediately. Neil tries to convince Devon to take a step back and reminds him of his own car wreck. Lily reveals she’s facing twenty years in prison. Neil flips out. Lily asks how long it will take in jail for Devon to forgive her. He notes Hilary and his child are dead forever. Neil decides the personal issues need to be left outside the office door. They discuss GC Buzz. Lily says the popularity was based on Hilary and Mariah’s banter. Neil wants to find someone to partner with Mariah. Devon agrees. Lily wants to help, and Devon accuses her of angling for Hilary’s position and wonders how low she can sink. Lily clarifies she doesn’t want the co-host job. Devon doesn’t want her involved with GC Buzz…or Hamilton-Winters. “You’re fired.”

At Jabot, Ashley tells Kyle she’s more convinced than ever they’re going to regret whatever it is Billy’s done with the R&D money. They whisper about getting Traci involved, and Kyle surprises her by suggesting that Phyllis may side with Lauren, not Billy. Billy arrives and Ashley and Kyle head off. At the elevator they meet Phyllis and Lauren, and Ashley asks them to talk elsewhere.

In the Club dining room, Victor complains to Nikki about not getting to see Christian. She advises him to speak to Nick honestly. Nearby, Kyle, Lauren, Phyllis, and Ashley discuss what Billy might be up to. Ashley asks Lauren not to act hastily and alludes to things changing. Phyllis has no issue with Billy as CEO. Lauren reminds her of her loyalties. Summer walks in, sees them, and calls Billy to report the meeting. Billy decides he’ll summon them to the office. Later, Nick runs into Victor, who says despite the acrimony between them, as his son, he loves him. Nick says he uses their love to manipulate them; that he won’t tolerate. Victor has gathered enough ammunition to destroy him as insurance – he’ll never forget he ratted him out to the Feds.

Nikki arrives at Sharon’s place. Lily’s confession has Sharon feeling guilty about JT. Nikki wants her help negotiating peace between Nick and Victor. Sharon replies, “No.” Nikki presses her – Victor needs to see Christian. Sharon says it’s always about them, and refuses to do it. They bicker.

Nikki accuses Sharon of being out to get Victor. Sharon points out he used her mental health against her and wouldn’t mind him out of her life. Nikki counters if they make peace, no one will have to move off the ranch. Sharon is proud of Nick wanting to be his own man. Nikki can’t believe she’d leave the house she loves to please Nick, then suddenly grimaces in pain, and rubs her hands. Sharon fusses about all the stress she’s carrying. Nikki admits if she had it to do over, she’d stil hit JT, but she’d have called the police because it was self-defense – the guilt of the secret is eating her up.

At Jabot, Billy proudly announces his secret venture – Jaboutique. Lauren glares, and asks, “You can’t be serious.” Billy already has commitments for boutiques in 30 cities which should be open by Christmas.

Ashley is upset he did this without consulting with her or the board. Opening these shops will cost a fortune. Billy defends his move. Phyllis thinks he’s done his homework. Ashley maintains that thirty stores is too many and she’ll work to get out of the leases. Billy is the CEO and informs them this is happening. Outside, Ashley tells Kyle it’s going to be harder to get rid of him than they thought.

Phyllis is out of patience with Billy.

KarJenner Hair Makeovers: Pics Of The Sisters’ Major Hairstyle Changes Over The Years

Riverdale, The Flash and More Get Spring Return Dates on The CW