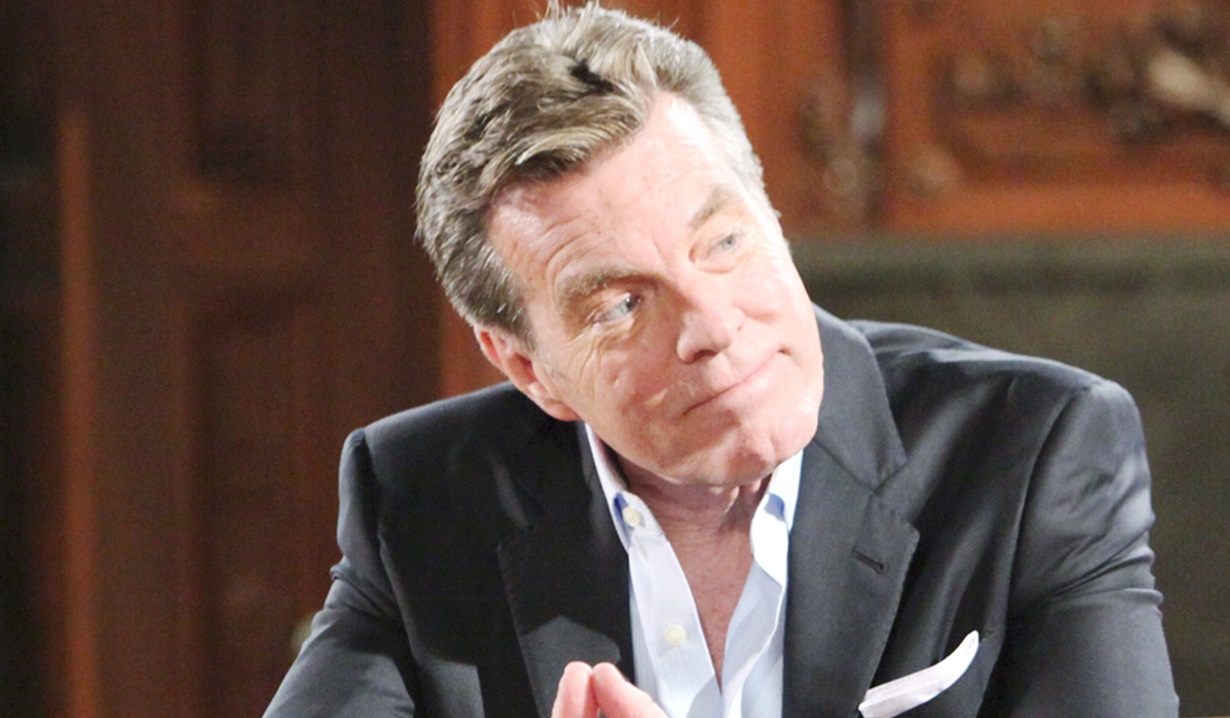 Ashley arrives at Neil’s place to give him a hug – she can’t imagine what his family’s going through having lost Hilary. Neil admits it’s gotten worse and fills her in on the circumstances surrounding Hilary’s death. They discuss Lily possibly having to turn herself into the police. Ashley acknowledges this could have enormous ramifications for the family and their business. Neil is touched she came by. They kiss as she leaves.

At home in bed,

Cane and Lily debate her plan to turn herself in. Lily is irritated when he suggests she hasn’t thought this through. Cane insists the best thing for their family is for her to say nothing. Lily feels the longer she waits, the worse it will be. Hilary is dead because of her; Cane can come with her or not – either way she’s turning herself in.

Jack sighs about Billy’s lack of boundaries. Lauren rants that it’s the Wild West since Billy took over and notes he’s late getting in. Jack admits he came to check on Phyllis. Lauren snarks that she and Billy are back together. Jack can’t imagine why she’d take him back. Ashley arrives, and Jack carries on about Billy not supporting Phyllis through Hilary’s death. Ash points out Phyllis is madly in love with Billy. Jack grimaces; he’ll only hurt her again. After, Michael cancels lunch with Lauren to meet Lily. Meanwhile, Jack updates an unsurprised Ashley that Billy’s gambling again. They speculate about the yacht, which prompts Ashley to go check with accounting about how Billy’s using company funds.

At home, Billy and Phyllis are happy after their night together. She suggests dumping coffee for mimosas, but Billy kisses her instead. They talk about playing hooky, but Billy has to complete his secret project before Ashley gets back.

Summer joins Kyle at the Dive Bar. He mocks her for looking to have a fling with her mother’s boyfriend, and snaps that Billy’s taken. Summer likes no strings, and grills Kyle about the man’s clothing he saw at the apartment. Kyle keeps mum. Summer decides she’ll check her mother’s phone to see who she’s talked to and runs off. Down at Hamilton-Winters, Lily tells Mattie, Charlie,

and Neil that she’s going to the police today. Neil and Charlie are opposed, but Mattie’s proud of her. Lily wants Devon to forgive her. She doesn’t know what the charges will be, but has hired Michael. Neil learns Cane doesn’t agree. Cane appears; he doesn’t agree but will be by her side. Later, Michael arrives, and tells Lily her account matches the truck driver’s statement, and advises he asked Paul to meet them there. He warns Lily to keep her answers simple. Paul arrives and Michael asks Cane to leave. Paul turns on his recorder and

Lily reveals she has new information – she ran the red light and is the reason Hilary’s dead. Michael interrupts to speak with his client. Paul replies, “I think you’d better.” They continue, and Lily refers to Hilary losing the baby. Michael cuts her off again. Paul’s upset Lily didn’t come to them right away. After, Lily asks Cane to hold her. Paul returns after talking to Christine, who will decide how to proceed. Paul goes, and Michael hollers at Lily for blurting confessions repeatedly on tape. Lily’s stunned to hear she could be charged with two counts of vehicular homicide and get up to twenty years in the state penitentiary.

Summer arrives at her apartment and takes a screenshot of Phyllis’ phone’s call list before leaving again.

At the Club, Summer joins Jack at the bar. After revealing Phyllis and Billy are back together, she tells Jack he was the best man for her mother. Jack admits he’s not over her and never stopped loving her. He thought Phyllis was giving him signals before she took Billy back. Summer urges him not to give up. Up at the Dive Bar,

Phyllis and Lauren discuss Billy’s plans. Lauren would like to get out of the partnership. She thanks Phyllis for the company, and reveals Michael’s with Lily, who is turning herself in. Phyllis is glad she’s doing the right thing…or she would have gone herself. Later, Jack confronts Phyllis about getting back together with Billy. She explains his brother excites her.

At Jabot, Ashley and Kyle discuss Billy being out of control. Billy appears, and is irked Ashley’s back. Kyle exits, and Ash wants Billy to tell her what he’s been up to. They move into the office, where she confronts him about the financials and his gambling. Billy informs her she can’t stop his project; it’s too far along. Ash surmises it’s a risky prospect. Billy expects her trust.

Kyle meets Summer at Crimson Lights, where she reveals she believes Jack is the man Phyllis hooked-up with at the apartment.

Lily Decides to Turn Herself in to...

Beyonce: Why She Asked No Photos Be Taken Of Her At Kobe Bryant’s Memorial