Lily Decides to Turn Herself in to the Police 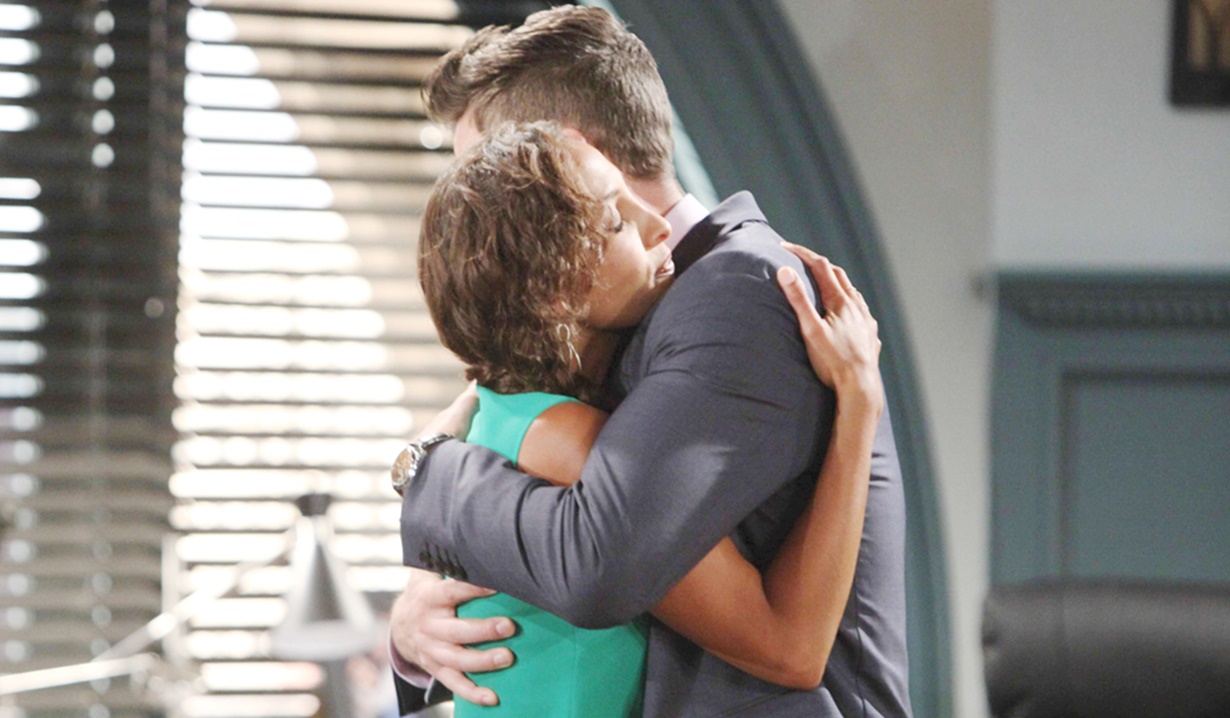 At Sharon’s place, Mariah notices her mom seems freaked out. Sharon admits it’s Nick – he’s back on the marrying train and it’s a little overwhelming; he wants them to move from the house. Mariah can understand why he wants to be off Victor’s ranch. Sharon feels connected to their home, and muses that she misses the old Nick sometimes. Mariah advises different is good. Sharon would settle for happy.

At Crimson Lights, Cane and Lily debate about whether she should go to the police and whether Neil would stop Devon from going. Cane warns her to think carefully and not to do anything before they discuss it. He kisses her. Later, Sharon and Mariah arrive. Sharon thanks Mariah for listening and asks her to help with the wedding.

At home, Summer urges Billy to look at her as she parades around the kitchen in a towel. She questions why he’s back with her mom. Billy wants someone unpredictable and exciting – that’s her mom. Summer wonders who he’s trying to convince. Phyllis appears and chirps at Summer about covering up before kissing Billy. After, Phyllis needles Billy about his secret project. He promises to tell her about it soon – he’ll have it up and running before Ashley returns, so she doesn’t mess it up.

At the Club, Devon greets Mattie. They make small talk about work and school before she asks if he’s avoiding her mom. Devon says he’s doing what’s best for everyone right now. Mattie asks, “Everyone? Or yourself?” Up at Hamilton-Winters, Mattie questions Lily about leaving home early. Lily has a lot on her mind. Mattie assures her they all know it was an accident. They hug.

In the dining room, Cane warns Devon he’s going to hurt his family. Devon counters that Cane’s credibility on this is out the window. Cane questions if he’ll sacrifice his sister to make up for losing his wife and baby. Devon retorts, “Yes. Watch me.” Nate comes upon them arguing. Cane takes off. Nate warns that Cane won’t give up on protecting Lily – is this really a fight he wants?

At Newman Enterprises, Phyllis finds Nikki while looking for Victoria. She came to offer an apology for joking about letting Victor take the fall for JT. Nikki calls her out for suggesting to Sharon weeks ago that they should let her and Victoria go down for the murder. Phyllis concedes she may have been thinking out loud. Nikki takes full responsibility for protecting her daughter from a psychopath, and is now reminded Phyllis only cares about herself. Victor enters.

Phyllis grumbles about charity business and leaves. Victor clucks about Nikki’s stress. She wishes Victor didn’t have to go to war with Nicholas. Victor’s unconcerned; their son’s not a worthy adversary. Nate arrives and Victor introduces him to Nikki; he’ll take care of their medical needs. Nate confers with Nikki, then Victor sends him off with regards to Devon. Victor and Nikki muse about Hilary’s death and how precious life is, before enthusing about resuming their position as Genoa City’s power couple.

At Jabot, Kyle watches Billy send Summer to her own desk and listens as she apologizes for the ‘towel thing’. He confronts Summer, who wants to tell Billy about Phyllis’ little sleepover. Kyle thinks she’d be doing herself a favor – she’s into him. Summer prefers casual, mindless and hot hook-ups. Kyle points out her and Billy could never be anything but cheap and meaningless. Later, Kyle enters Billy’s office and riffles through his files. Billy catches him and he admits to professional curiosity. After, Kyle texts Ashley to come back. When Phyllis arrives, Billy tells her about Kyle’s snooping before asking her to kick the door closed for private time.

Cane visits Shauna at home and stresses the accident was unintentional. He pleads he’s only protecting his wife and children – her friends. Shauna reminds him he thinks she’s a bad influence. Cane warns if Shauna tells the police her story now they could accuse her of obstructing justice. Shauna doesn’t believe he cares about her. Devon arrives and tells Cane to get the hell out of there. Cane warns Shauna that Devon’s only using her for revenge, and advises Devon to take a step back before he does something he regrets. Devon says Cane should have done the same before Lily drove that car, and slams the door in his face.

At the Club, Mariah talks to Tessa by phone. She’s a few days from getting Crystal settled and misses Mariah. Suddenly, Mariah hears Tessa tell someone to leave her alone and the call cuts off. Up at Hamilton-Winters, Cane updates Lily that Devon’s not being reasonable – they just need to wait. Lily can’t – she loves Cane for being her champion, but she has to turn herself in. Cane embraces her.