Devon Devastates Lily, Says He Has No Family Thanks to Her

Thursday August 2, 2018: Phyllis figures Billy's up to something, Victor surprises Nikki, Victoria, and Summer, and Nick's unable to hire his family members. 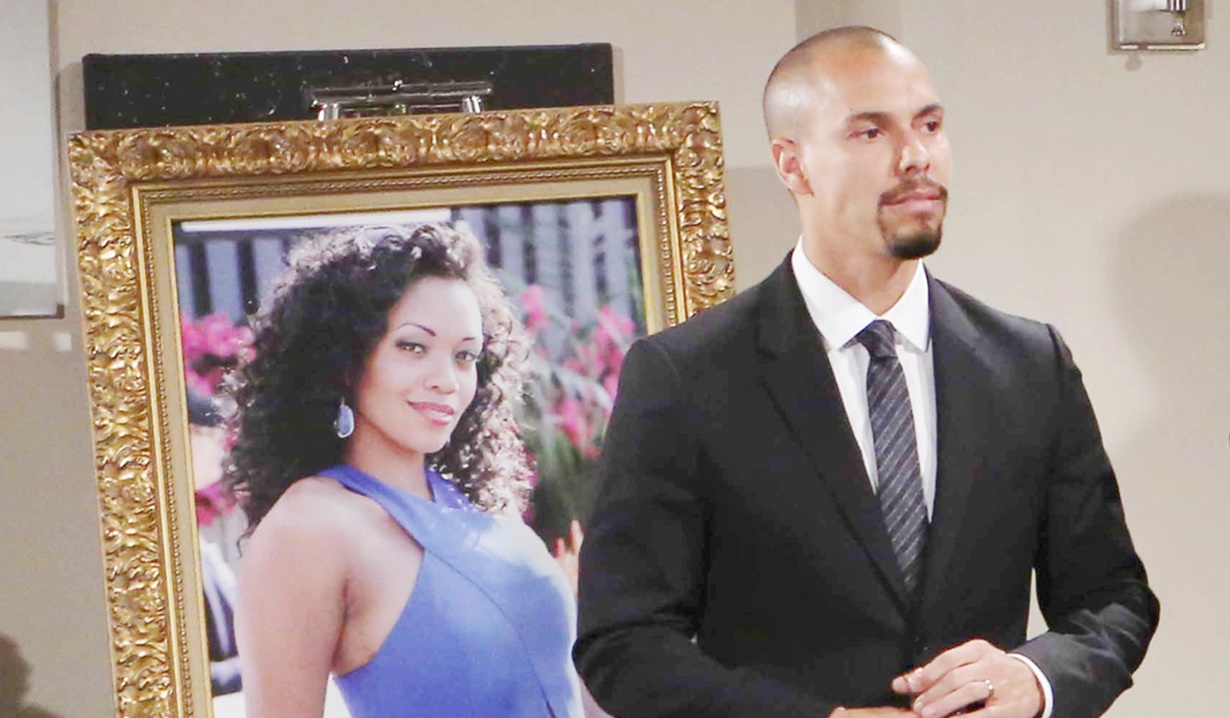 At the penthouse, Lily doesn’t remember running the red light. Cane thinks Shauna’s exhausted and tells her to go upstairs, but Devon says Shauna’s not going anywhere. Cane suggests that Shauna’s remembering wrong or making it up, but insists she’s not mistaken. Devon can’t imagine why she’d lie. Charlie interjects that she’s not lying. He breaks it to his mother that she didn’t see the red light – it was her fault. Devon barks at Lily to deny it. Lily stammers as Neil tries to calm everyone. Devon demands to know why Charlie and Shauna didn’t say anything before. Cane admits it was because of him. Devon asks how he could do that to Shauna and his son. Lily interjects, “And to me?” Phyllis is irate – Lily and Cane never gave a damn about Hilary and kept the truth from her. Cane tells Lily he was afraid her brother wouldn’t forgive her.

Devon states, “You were absolutely right about that.” Outside, Nate sees Jack and Phyllis off. She says, “Don’t forget to give Devon my message.” Inside, Devon feels his heart’s been ripped out of his chest. Cane complains it never would have happened if Hilary hadn’t let Charlie and Shauna hook-up there. Neil warns against saying things they’ll regret. Devon wants to talk to Lily. Cane refuses, but Lily insists. Once everyone’s gone, Lily apologizes and recalls how furious Hilary made her – she only took her eyes off the road for a moment. Devon questions the timing of her memory returning. Lily’s upset to think he believes she did it on purpose. Devon reminds her she hated Hilary. Lily would give anything to undo this. Devon says she can’t – his wife and child are gone and she fought them every step of the way. Lily pleads; she’ll regret this for the rest of her life. Devon will regret leaning on her – he realizes now she was probably relieved at the hospital – she wanted Hilary out of her life and got her wish! Lily denies it and begs him not to let this tear them apart. Devon tells her to go be with her family; thanks to her he doesn’t have one.

Across the hall, Cane is upset about the timing of Shauna’s announcement. Shauna feels they should have told Devon sooner. Mattie agrees. Nate counsels that eventually Devon may be able to forgive Lily. Neil hopes so. Charlie gets irritated with Shauna, but Neil feels this falls on Cane – lying is his default setting. Cane points out Lily could be in serious trouble with the law – do they want that?

At Crimson Lights, Summer and Nick discuss Phyllis trying to be strong, before Nick presses Summer to come work at Dark Horse.

He dangles a seat on the board, but Summer likes the people she currently works with. Nick warns Billy will fail – and bring everyone down with him. Summer argues he’s wrong about Billy and talks up the energy he’s brought to Jabot. Nick admires her enthusiasm – she seems more grounded. Talk turns to Nick and Sharon. Summer shrugs that they seem like the real deal, unlike her mom and Billy, and alludes to something going on with them. Summer leaves to meet Victor. Nick reminds her Victor’s generosity has strings.

At Newman Enterprises, Victoria’s impressed with Nikki’s real estate deals. Victor enters – he has a surprise.

At the Club, Victor’s rented out the dining room to show Nikki, Victoria and Summer how much they mean to him. He reflects on Hilary’s death – he was lucky to come out of the hospital and live his life, despite Nick’s attempts to destroy him. He credits Victoria with stepping up for the company. She beams.

He appreciates all their support. They toast. Nikki tells Victor they are all grateful to be part of his family, and Victoria and Summer chime in. After Summer and Victoria leave, Victor suggests a stroll through Chancellor Park. Nikki balks. Victor’s puzzled. The conversation returns to Nick. Nikki refuses to accept that her family will never be whole again. At the Dive Bar, Phyllis rants to Jack about Lily and Cane, who make her sick. Jack offers to let her break things in his suite. Phyllis sighs…it just hurts. She notes Billy picked the worst time to go AWOL, and thanks Jack for being there. Phyllis can’t shake the feeling that Billy left the reception to gamble. Jack suggests she check Jabot.

At Crimson Lights, Nick meets with Victoria and asks her to cross over to Dark Horse, but she won’t. She insists Victor appreciates her now. Nick reminds her he makes promises and breaks them – she’ll always have a place at Dark Horse.

At Jabot, Phyllis is about to text Jack that Billy’s not there, when he appears. Phyllis just wants to be with him and suggest they go into his office. Billy says, “No. What’s going on in there is private.” She thinks he’s got a poker game going on. He takes her in to see the executives waiting to prove her wrong. Phyllis thinks this must be about Fenmore’s. Billy says what’s happening is great for Jabot – she has to trust him. He re-enters the office, and closes the door.