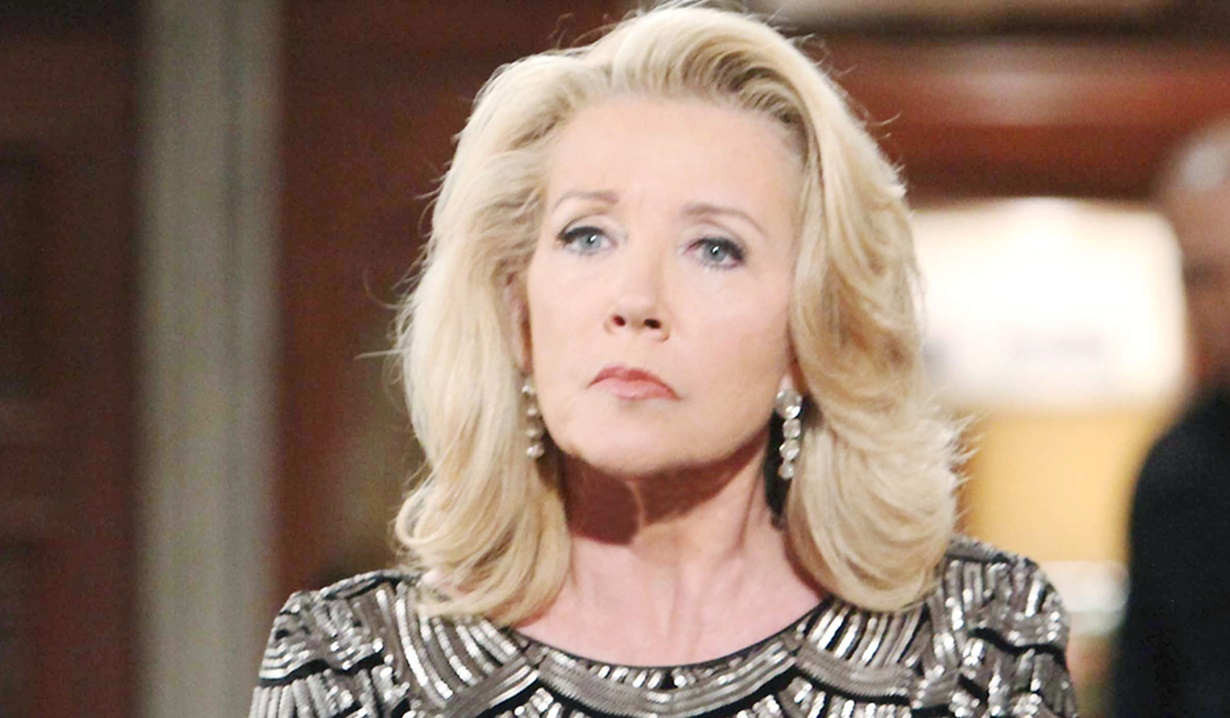 At Crimson Lights, Phyllis talks to Hilary about how sexy Billy is as CEO, then asks about their next drinks night. Hilary reveals she’s pregnant. Phyllis is happy, and can’t believe she hasn’t told Devon yet. Hil wants it to be perfect. She muses ‘someone’ could dress up like a stork and show up at Hamilton-Winters, but Phyllis warns she only dresses up for Billy. Across the room, Charlie and Shauna discuss him hiding her in his room. She talks about her parents moving away to support her brother, and dumping her with her dysfunctional aunt. Lily arrives and wishes them a good day at school before leaving. Shauna tells Charlie she can’t go to school. Charlie knows someone who might help.

At home, Sharon knows something’s bothering Nick. He reveals he was offered a job running a foundation in San Diego and wants them to move. She guesses something must have happened and asks, “What has Victor done now?” Nick fills her in on confronting Victor about pitting him against Victoria, and remarks that it got messy. He finally admits his dad threatened to take Christian from him. Sharon, aghast, expresses doubt about whether Victor could win. Nick’s all for moving away, but Sharon doesn’t want him to make a decision out of fear.

At Chancellor Park, Abby and Arturo laugh about his aunt in Miami. Abby’s ready for the questions she’ll get at the office and they gaze into one another’s eyes.

In Hamilton-Winters Group, Neil tells Devon that Hilary really stepped up for the team at the barbecue. Devon agrees, and reveals there’s a little more than respect going on between them. Neil wants clarification, but Devon admits it’s complicated. In the Club dining room, Jack tells Nikki he moved out of his home and ruminates about his plans to blow onto the beauty scene with a new company. Nikki’s wary, but wishes him luck. Upstairs, Hilary is about to speak with Devon when Jack arrives. He announces he’s about to add the crown jewel to the Hamilton-Winters dynasty. Hil mutters she was about to do the same thing. Jack tries to sell Neil and Devon on what they could accomplish as a team. Neil says HWG is spread thin, but they’ll consider it. Once Jack leaves, Devon and Neil agree it’s not a good fit. Hilary tries unsuccessfully to talk to Devon again. Later, Hilary, sitting by Lily, gets another chance to talk to Devon, but they’re interrupted by Shauna and Charlie. Hilary tells Shauna she’ll carve out time for them later, so the teens leave, but so does Devon. Phyllis arrives, and is dismayed Hilary still hasn’t told Devon. She prompts her to use the fact that Lily already thinks she’s pregnant to get what she wants. Hilary approaches Devon’s sister and asks for a favor from ‘Auntie Lily’. Down at the Club bar, Neil turns down Jack’s business proposal and suggests he take a sabbatical instead – he may regret leaving the company he poured his heart and soul into. After, Sharon joins Jack and they hold a conversation musing about fresh starts. Jack’s a big fan of making things happen. Sharon notes he’s a good friend. He believes in her.

Abby arrives at Newman to find Victoria sneering about her little getaway and ordering her to run her plans by her in the future. Abby defends herself, and calls Victoria petty. Abby would rather talk to Victor about it. Bickering ensues. Abby thinks Victoria has a guilty conscience about setting up Ashley, and Victoria warns her about working at a competitive level. After, Abby texts Arturo, ‘Want to go back to Miami?’

At Crimson Lights, Charlie reassures Shauna that everything will work out and holds her.

At Chancellor Park, Nick talks to Victoria about their father’s machinations and reveals he can’t stay. Victoria isn’t keen on him leaving and reminds him Victor was just trying to hurt her. Nick notes he still has to convince Sharon, it’s not a done deal. At Devon’s penthouse, Hilary surprises him with framed photos of both of them as babies. She tells him to turn away. When he turns around, she has a pregnancy announcement set up devising the photos. Devon grins and they embrace happily as she confirms she is expecting.

At home, Nick assures Sharon he doesn’t want to lose her, but leaving feels like the right move.

At the Dive Bar, Arturo and Abby pretend they’re back in Miami. She thanks him for meeting her. They’re kissing passionately when Nikki appears.