Tuesday May 29, 2018: Hilary and Devon start over, Victoria confronts Nick, and Kyle and Mariah talk candidly. 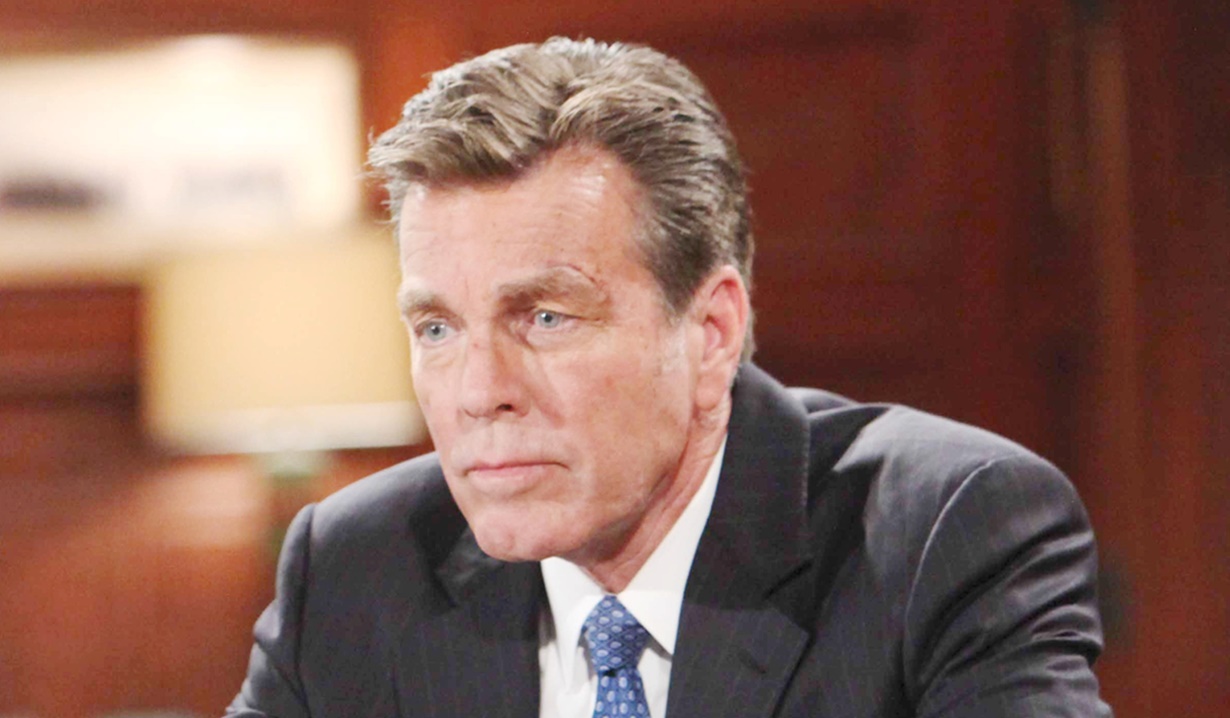 Victoria and Victor talk business at the Club. Victor’s proud of her. Talk turns to Nicholas’ return to the company. Victor feels Nick has showed strength of character he didn’t know he possessed and he intends to reward him for that.

Sharon greets Nick with a kiss at home. She wonders why he’s been quiet since the barbecue. Nick tells her Victor offered him COO – Victoria’s job. Sharon questions Victor’s contention that Victoria moved on from the position and worries about Nick being put in the middle. Nick thinks he can ease the tension.

Ashley and Kyle chat at the Abbott house. Jack appears and informs Ashley he quit Jabot. He won’t stand by and watch Billy dismantle John Abbott’s company. Ash thinks he’s over-reacting and, while Kyle feels they should give Billy a chance and agrees with his decision to pull the legacy scent. Ash thinks they should focus on getting Billy to revoke the by-law. Jack complains he was going to start a company with Kyle, but once again he went behind his back. Kyle argues he never agreed to leave. Later, alone, Jack pours a drink. Dina appears and orders him to put down her husband’s liquor. She demands to know his name. Jack tries to tell her who he is, but she thinks he’s the help and orders him out of the house.

At GC Buzz, Mariah and Devon talk about Hilary. Devon notes things are evolving between them.

In Crimson Lights, Phyllis and Hilary look at photos from the barbecue. Hilary reveals she and Devon are back together…she thinks. She’s put out he hasn’t asked her to move back in with him yet, but recalls the prom interlude fondly. Hilary takes a call from Mariah that Devon wants them to do the show from the rooftop today. Later, Victoria talks to Sharon about Nick coming back on the Newman team. She assures her Nick won’t get caught up in drama, but Sharon informs her Victor is up to the same old garbage – he’s making Nick COO. Victoria rushes out.

At GC Buzz, Devon thanks Mariah after she disconnects from Hilary.

On the rooftop, Hilary is surprised to find only Devon there – he wanted to surprise her. He thought she deserved some pampering and has closed the rooftop for a private party…just the two of them. Devon offers her a swimsuit. Hilary worries it’s wrong to blow off work, but Devon reassures her. They get a massage and hold hands, and later, Hilary asks if they’re a couple. Devon admits he’s been afraid to revisit it, but since he committed to having the baby, the pain is further and further away, like they’re starting a brand new relationship together. Hilary introduces herself. Devon is looking forward to getting to know her better. They kiss.

At the Club, Kyle joins Mariah and questions her about Tessa. He urges her not to give up. Mariah changes the subject. Kyle opens up about Jack’s decision to walk away from Jabot. He confides he’s in a bad place and is acting impulsive. Kyle remarks that he’s let his dad down again. Mariah opens up about coming in as an outsider and now being part of the family. Kyle says watching his family come apart hurts like hell. Mariah offers him to be part of her family, Sharon loves to take in strays. Kyle barks.

Nick answers his door to Victoria, who rants about him taking her job. He ran a bar while she showed up at the company. Nick argues she wouldn’t be in this position if she hadn’t tried to get rid of Ashley. He insists Victor said she was cool with this. Victoria is aghast – she only accepted a temporary punishment. Nick’s irked to learn Victor didn’t tell her himself; it was another one of his stupid tests. He storms out.

At the ranch, Nick confronts Victor about misleading him regarding Victoria and making them pawns in his game of chess – their heartfelt conversation meant nothing to him. Victor says he couldn’t be more wrong – he couldn’t ignore Victoria’s egregious lack of judgement in conspiring with Jack, and adds she should have walked away from JT. Nick rants and announces he’s done. Victor warns the COO job was a one-time offer and cautions him about throwing it away; whoever takes the job will run Newman one day and it won’t be Victoria or Abby. Victor mentions Noah, and Nick warns him about setting his sights on Christian. Vic points out he’s not his biological father. Nick knows, but it changes nothing.

At GC Buzz, Hilary thanks Devon for a wonderful day. Phyllis arrives as they kiss. Once Devon leaves, Hilary updates her friend and hopes she’s pregnant.

At the Abbott mansion, Jack has packed his bags, and looks around the living room before leaving.