Tuesday May 22, 2018: Nikki reacts to Sharon's news, Jack wants his position back at Jabot, and Hilary and Devon pull off a romantic surprise. 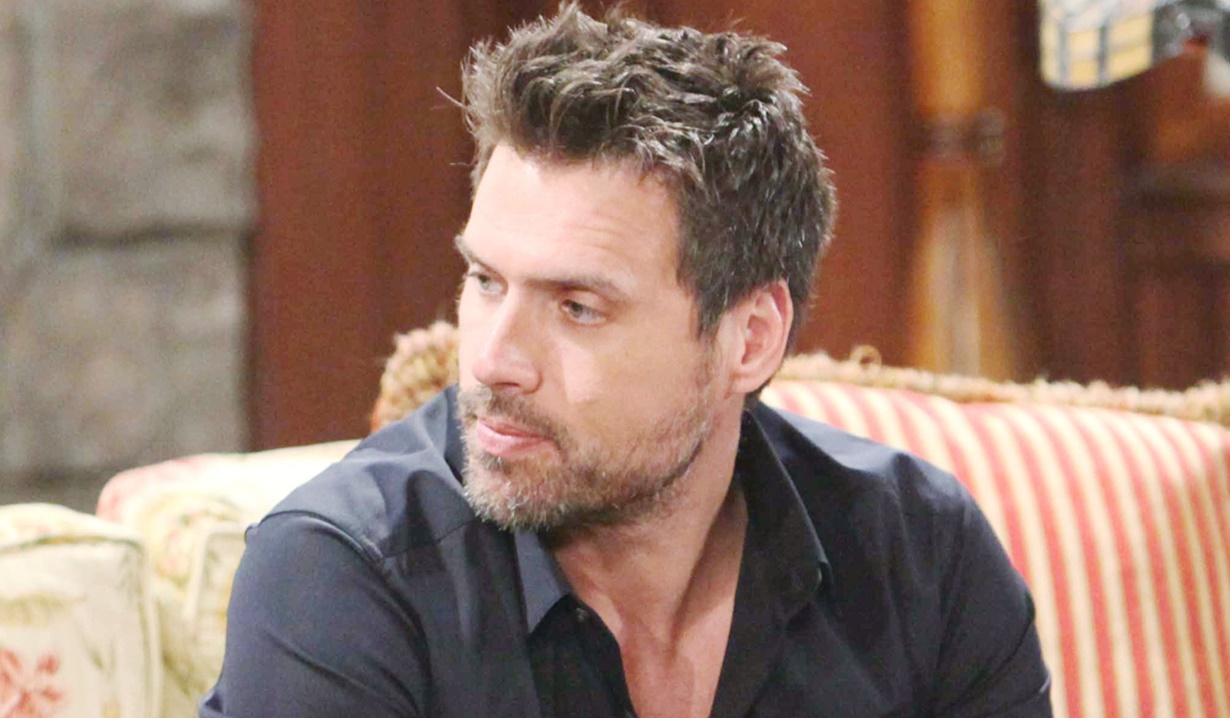 At the Abbott house, Ashley updates Kyle on the situation with Jack at the cabin, and his return home. She thinks the two of them should talk to him about what he’s going through. Kyle reveals Jack’s not home, and Ash wonders where he would go.

Jack arrives at Jabot, ready to run the company, and notices Billy’s name on the office door. Billy updates him that he’s CEO and is trying to get the blood Abbott clause overturned. He questions Jack about his bender at the cabin – does he want to pretend it didn’t happen? Phyllis appears and backs Billy up. Jack doesn’t want to talk, he just wants to resume his position as CEO. Billy feels Jack’s in denial. Jack’s irked at an offer of a ‘second-rate’ job and walks out. Kyle spots him and goes along. After, Ashley arrives and is told about Jack’s disgruntled exit. She steps away to call the house after speculating with Phyllis and Billy. Phyllis reassures Billy, who has doubts about being leadership material. Phyllis disagrees, and urges him to come up with his own plan for Jabot rather than using Ashley’s. She wants to pair their talents. Ashley returns and questions Billy not using her ideas.

At GC Buzz, Mariah and Devon enthuse about what he pulled together overnight. She reveals she got what he asked for, and hands over a manila envelope. Mariah then repeats the routine with Hilary. Charlie arrives, and Hilary informs him she and Devon need him to debut on camera today. Charlie learns the live show will be about proms. Devon pulls Charlie aside to ask him about a question. Soon, Shauna appears. Hilary and Mariah convince her to be on the show. Hilary winks at Devon. The show begins with models in prom dresses, then Hilary introduces Devon and wonders what he was like in high school. Mariah springs photos of teen Hilary and Devon on them. Hilary counters with funny pictures of Mariah’s possible prom dresses. Shauna next models a gown and gets a surprise ‘promposal’ from Charlie. She happily accepts, and the show signs off. Shauna asks Charlie to her prom too. He accepts. Hilary offers Shauna any dress she wants. Later, Hilary compliments Devon’s romantic streak, and he shares credit with her. She wonders if he can think of anyone else who needs a nudge in the right direction.

In the ranch, Nikki informs Victor she’s concerned about Jack – he’s just not himself lately. Victor’s focused on locating JT and bringing him to justice.

At home, Sharon and Nick canoodle and joke about announcing their reunion on GC Buzz. Sharon notes some reactions may not be so positive, and says she’ll take Victor if Nick takes Nikki. He’s surprised – she and his mother have been close lately. Sharon downplays that. Just then, Nikki arrives. Nick asks, “What did we decide again?” then leaves. Sharon begins, “It’s about Nick and me…” Nikki interrupts and angrily guesses they’re back together again. Sharon wonders if she’ll be a constant pain in the butt or support this. Nikki muses that her life is in Sharon’s hand, and she can also convince Nick to stop searching for JT – aside from those reasons, she hates it. She warns Sharon to stay on her toes about JT. Sharon assures her she won’t slip. Nikki wants to know why this time will be different with Nick. Sharon counters, “When you figure it out, let me know.”

Nick joins Victor at the ranch and announces he and Sharon are back together. Vic declares it’s wonderful news. Nick laughs; that wasn’t that reaction he was expecting. Victor didn’t like him and Nick drifting apart, and is glad his reconciliation with Sharon makes him happy. Nick reveals Sharon’s telling Nikki. Victor wonders about Faith, they both assume she’ll be happy. Talk returns to their relationship. Victor feels the Newmans are in a good place, and asks Nick to come back to Newman Enterprises.

At the Club, Jack assures Kyle he stopped himself from hitting bottom and goes on about how he needs his job. He wishes he’d gotten rid of the clause. Kyle expresses a desire to back up Jack at Jabot and suggests they return so Jack can see for himself.

Jack returns to Jabot with Kyle, and informs Billy, Phyllis and Ashley the board is on their way to put the blood Abbott clause to rest – he knows Billy didn’t want the CEO position. Billy counters that he’s starting to like it, and doesn’t think Jack’s ready to come back. Jack tells him to stick it. Billy will support him as a brother, but as CEO will block his call for a vote.

Billy is in the driver’s seat.