Monday May 21, 2018: Billy lashes out at Neil, Devon and Hilary reconnect with Shauna, and Jack surprises his siblings. 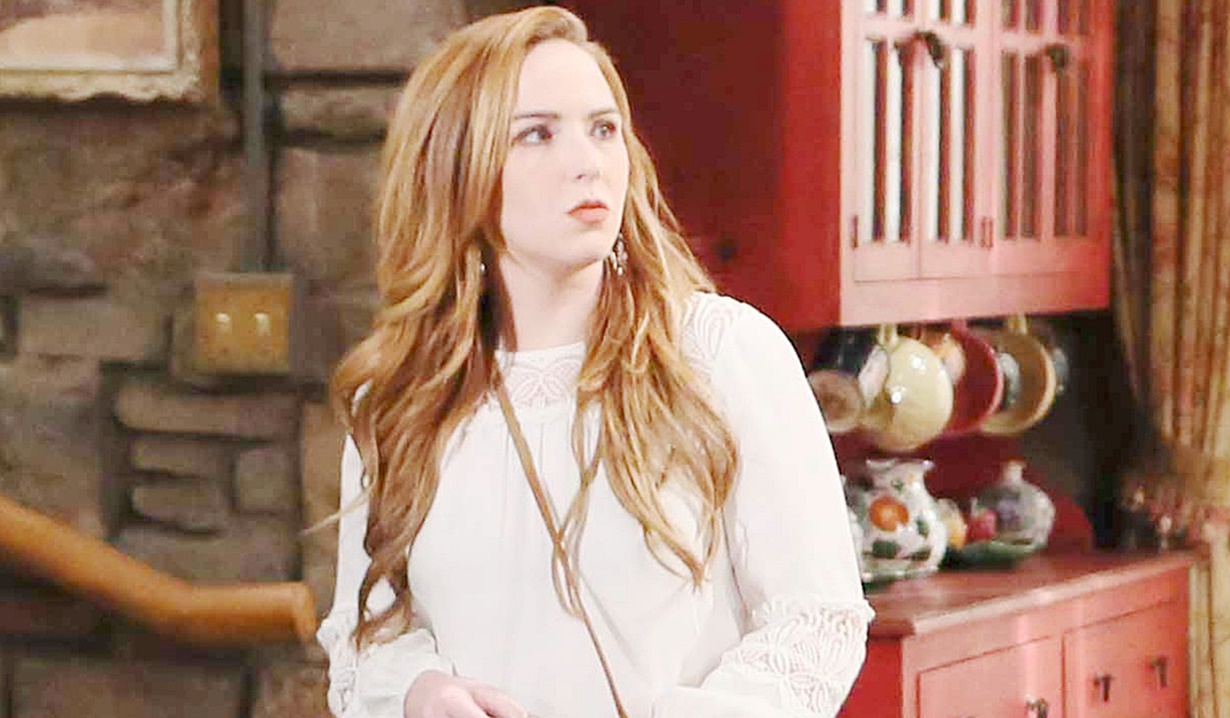 Mariah arrives at home, calls out for Sharon and Nick, then heads upstairs and yelps, “Oh my God!” Back downstairs, Mariah phones the auto club to jump her car. Sharon and Nick appear and want to explain. Mariah knows about the birds and bees, and mocks them for wanting to have an honest talk while sneaking around. Nick and Sharon didn’t expect this to happen, but they’re in a totally committed relationship. Mariah carps that a blind man could have seen this coming and shrugs that it’s none of her business. They insist things will be different this time, and Mariah challenges them to ask themselves how. Once alone, Sharon and Nick admit they’re rattled by what Mariah said. Sharon worries they’ll repeat the past, but Nick points out she’s stronger. He apologizes for hurting her after Cassie died – he’s not the same guy anymore. Sharon decides, “That’s what’s different. Us.” Cassie’s anniversary is coming up and they’ll honor it together. Talk turns to telling Faith about them – they hope she takes it better than Mariah. Nick reflects that Mariah’s protectiveness is reminiscent of Cassie. Sharon brings up Christian. Nick can’t think of anyone better than her to be his mom. Sharon tears up and they make out.

At Jabot, Ashley and Billy dish about Gloria not being happy he’s CEO. They worry about Jack’s whereabouts – they’ve checked the hospitals and morgues. Billy hopes he’s at a spa and will return refreshed. He wants to issue a press statement, but Ash frets Jack shouldn’t find out he’s CEO from the news. Neil arrives and reports he saw Jack – and it’s not good. He updates them, and they’re stunned when Neil reveals he left him at the cabin…with the pills.

On camera, Dina says she’s never told anyone who Jack’s real father is; it’s time for the truth to come out. She reveals, “Jack’s father is…Victor Newman.” In the cabin, Jack awakens with a start from his nightmare. He pours a coffee, then switches to scotch. He imagines Dina in the chair across from him, calling him a loser. She disappears when he hollers, “Stop!” Jack dumps his painkillers on the table, and ignores the ringing phone.

In the office, Billy curses when Jack won’t answer the phone and turns on Neil for leaving him there. Ashley and Billy decide they’ll head to the cabin. Neil wishes them luck. Ash snaps, “I just hope we’re not too late, Neil.”

In Hamilton-Winters Group, Hilary hopes Devon hasn’t signed off on the plans for the nursery since she has input. Devon looks at her ideas, and questions if she’ll move out of the hotel. Hilary doesn’t have a place lined up, but feels she should live close to the penthouse. Devon agrees, and forwards her his building manager’s number to ask about vacancies. Hilary thanks him but seems put out. After, Devon invites her to call his designer with her nursery input. Hilary admits she’s having trouble reading him. He likes to keep her guessing. Shauna enters. Devon heard from Hilary she’s back on track at school. Shauna reveals she’s not going to prom, and Hilary takes Devon aside to speculate there are boy troubles. Mariah arrives – Hilary’s main guest for tomorrow backed out. While they put their heads together, Shauna joins Devon and grills him about why he and Hilary are having a baby but aren’t together. She doesn’t buy his reasons. As Shauna heads for Crimson Lights, Charlie appears and flirts with her. After, Devon looks thoughtful. Mariah heads to the studio, and Hilary frantically tries to line up a guest as Devon tries to talk to her. She exits, on the phone, and Devon calls someone to ask a favor for tomorrow.

Ashley and Billy enter the cabin and find the pills on the table spelling out ‘NO’. Jack’s not there.

At Crimson Lights, Devon finally catches up with Hilary, who reports the boy Shauna was hoping would ask her to prom, asked someone else, and she hasn’t booked anyone for the show yet. Devon thinks he can help her and Shauna.

Back at the Abbott house, Ashley and Billy learn Jack called the car service. They’re stunned when he appears, seemingly relaxed, and chortles that it should be an interesting day at Jabot tomorrow.