Victoria Confesses to Seeing JT the Night He Went Missing 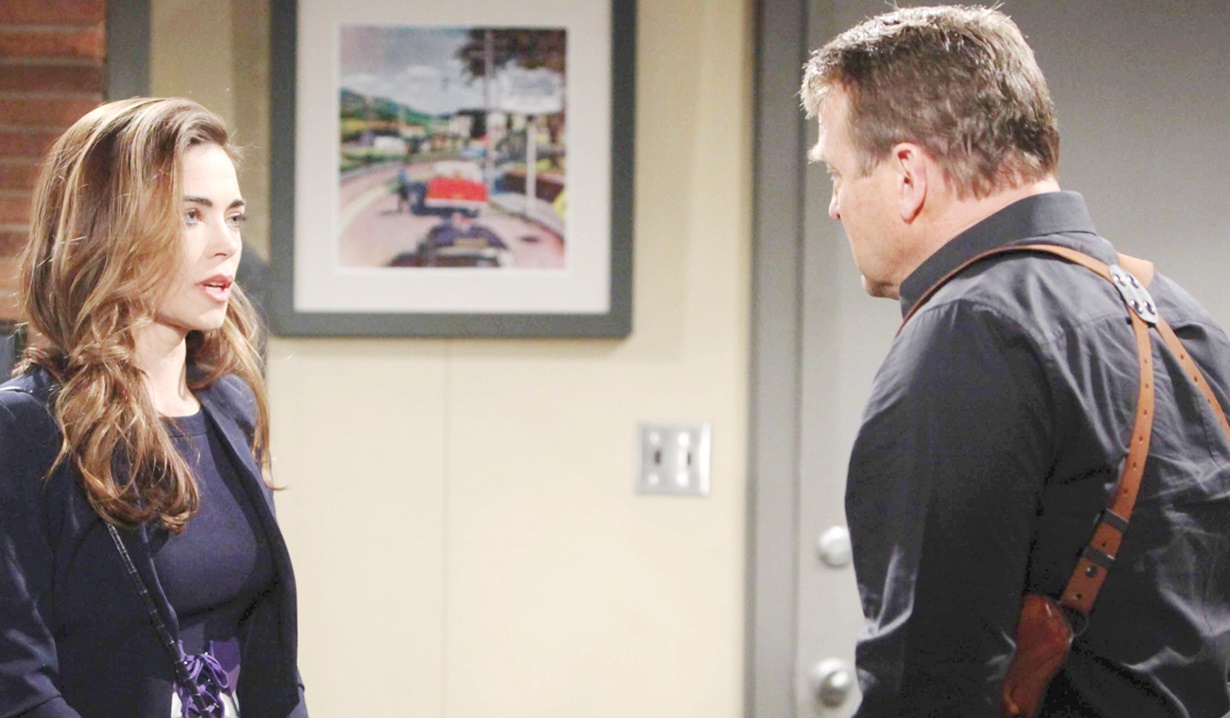 By the side of the road, Jack lies bloodied and unconscious.

At the cabin, Abby notes Jack could return at any minute and puts some distance between herself and Arturo, who suggests they head back. Abby won’t go until she knows Jack’s okay. She wonders if Jack’s been drinking, and is relieved to find a full bottle of scotch. As they talk, Arturo reveals he knows about her ‘Naked Heiress’ phase. Abby teases, “How many times did you look up my pictures?” Arturo recalls she was in the news for being stuck in a storage locker. Abby explains the situation. After a while, Abby hears a car but no one’s there. She wonders if they came all this way for nothing. Arturo enjoyed getting to know her. Abby agrees to head back, but wants to drive. Arturo will let her choose the music.

At Newman, Paul asks Victoria if she’d like an attorney present. Victoria declines, but won’t allow him to record her either. Paul asks what she lied about. Victoria admits she saw JT the night of the party, and she spoke to him about his argument with Victor. JT claimed they fought over Paul and Christine’s investigation. He also confessed to turning off Victor’s ventilator in the hospital. Victoria informs Paul JT was desperate to get out of town and wanted to go on the run as a family – she refused. Paul asks what happened next. Vikki tears up and says he surprised her by asking for help – she gave him cash to disappear. Paul asks why she didn’t come to him. Victoria opines that JT never being able to come home was worse than prison. She further explains that JT rang the doorbell, which is why she told her guests it was Abby. Paul’s skeptical she didn’t confide in her friends, but Vikki explains she was ashamed. Paul decides they’re done for now, but will continue tomorrow.

Bedraggled and injured, Jack arrives back at the cabin. He sits on the floor and contemplates calling Kyle, before deciding to contact Nikki. She’s relieved and says Ashley reached out to her, so he disconnects. Jack refuses to answer when she calls back. He despondently looks at framed photos of Billy, Traci, Kyle, and Dina, placing them all face down. Jack calls someone to see if they’re still in the same business as when he was in all that pain, and adds, “As quick as I can get it.”

At Hamilton-Winters Group, a woman asks Hilary if Devon’s around. He appears and heads out with the woman for a breakfast meeting. In the dining room, Victoria stops by Devon’s table before running into Paul, who wants to talk more. He grills her about where JT may have gone. Vikki doesn’t know, and hasn’t heard from him. Paul steps away to call Christine – either Victoria’s innocent or an excellent liar – he thinks it’s the latter. Up at HWG, Hilary asks Tessa who Devon’s having breakfast with. Tessa shrugs that it wasn’t on his calendar. Tessa exits, and Devon reappears. Hilary asks about his breakfast date. Devon clarifies it was a business meeting. Later, Devon’s colleague drops off what they were working on. Tessa and Hilary look – it’s a nursery design. Hilary’s moved.

At the Abbott house, Arturo brings Abby coffee – she’s blown away. Abby updates him that Jack hasn’t turned up, and teases him about not letting her drive his truck. She hopes it’s not because she’s a woman. Arturo denies it – he’s the only one who drives it, but looks forward to her trying to wear him down. Nikki arrives, concerned about Jack, and is stunned to see Arturo. She reports that Jack called her but hung up. She questions Arturo being there. Abby assures her he isn’t ditching work and explains they were at the cabin until the wee hours. Nikki tightly remarks that he’s a great guy, and hopes he didn’t take advantage of her step-daughter. Abby sees them off. Outside, Nikki informs Arturo she doesn’t approve of him seeing Abby. Arturo says he can date whoever he wants – though Abby’s not his type – Nikki was. He hopes they can leave his dating life off the table.

Neil comes to the aid of a friend.

Jack Crashes His Car While Drinking...