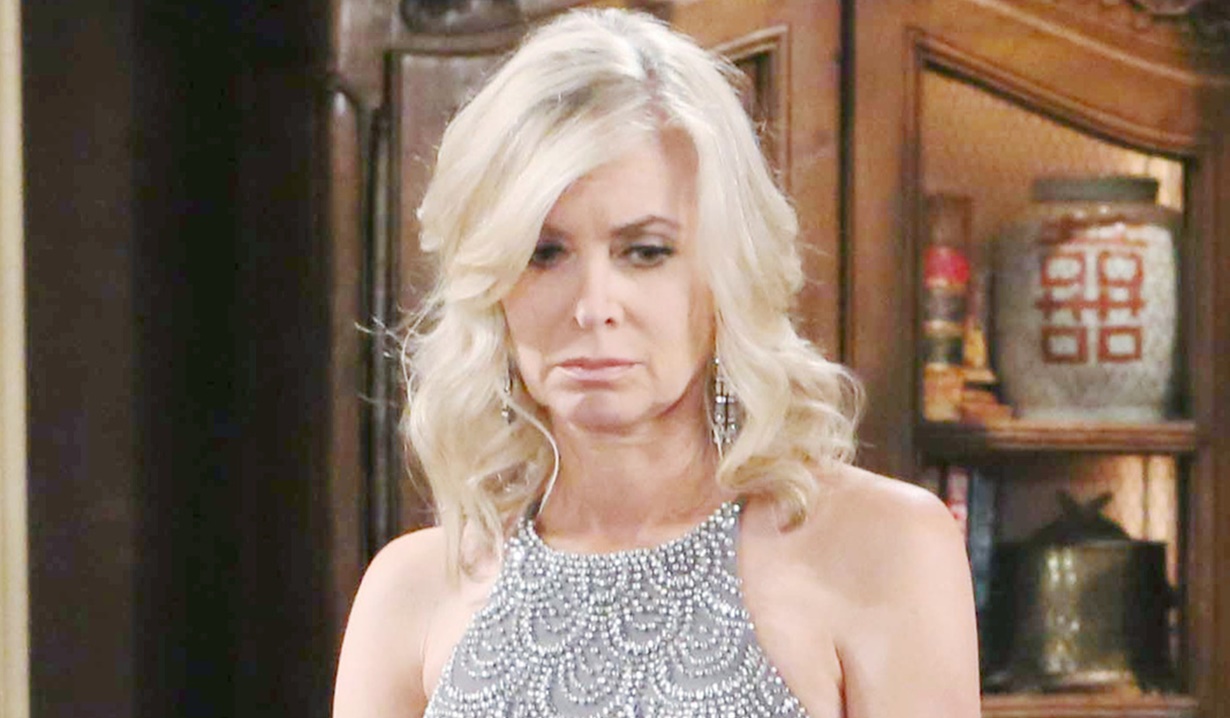 In today’s The Young and the Restless recap…

At the Abbott house, Ashley and Abby discuss Jack unloading on Dina. Ashley remarks that Jack must be devastated, but he appears and announces he won’t be letting Dina’s demented ramblings or a flawed DNA test ruin his day…or his life. Jack scoffs further when they reveal they used hair from his and Traci’s hairbrushes. Ash understands he’s in denial. Jack accuses Abby and Ashley of executing the perfect revenge. Abby says he’s way off base, and Ash asks him to stop, but Jack theorizes Ashley could have got Ravi to edit the footage, then storms out. Ash assures Abby that Jack is lashing out and will regret it later. Abby needs to figure out who’s behind this and asks, “Who would benefit most from Jack’s downfall?”

At Hamilton-Winters, Tessa and Lily chat about a casting call for models. Hilary enters with a box of baby gifts and Lily warns off a male model, Justin, who flirts with her, and says, “She’s taken.” Justin apologizes to Hilary, who then asks Lily where the ‘taken’ bit came from. Lily shrugs – she’s having a baby with her brother. Hil thinks it was protective and maybe she’s excited to become Aunt Lily. Lily concedes it will be nice for Sam to have a cousin near his age, but she won’t be throwing Hil a shower. Down at the Club bar, Neil and Devon discuss the Abbott viewing party debacle. Neil relays Charlie did a great job. Devon wonders who sabotaged it, and Neil whispers his suspicion that Victor’s involved. Neil hopes Dina’s claim isn’t true. Devon mentions he’s meeting Simone, and took Neil’s advice and made a commitment to parenting with Hilary. Neil heads up to HWG and tells Hilary he encouraged to Devon to be a good parent, and reveals he’s with Simone.

In the dining room, Simone tells Devon a huge label approached her, but the perks at HWG are better. Devon tells Simone he’s come to some realizations, and will honor his agreement with Hilary. Simone wants this relationship even if Hilary’s pregnant. In the office, Lily tells Abby about trying to cast a couple with chemistry. Abby assures her no one blames Charlie for the screening error – he did a spectacular job. Lily asks if the paternity news is true. Abby’s expression confirms it. Lily feels Abby, Jack, and Ashley will always be Abbotts. Hilary overhears Abby wishing she’d left it all alone. Lily invites Abby to stay. They, along with Tessa, conduct the casting session. Abby demonstrates ‘chemistry’ with Devon as Hilary enters. After, Hilary snarks at Devon about lunching with Simone then flirting with Abby. Devon reveals Simone is no longer with their label. He explains to Hilary they mutually decided to part ways personally and professionally – he’s focused on being a father and doesn’t have the time to nurture a relationship. Hilary muses that he did it for them. Devon warns he didn’t do it so they could get back together, but Hilary keeps smiling. At the bar, Neil encounters Jack drinking. Jack feels in his gut he’s John’s son and ruminates about his bond with his father. Neil learns Abby and Ashley knew and ran a DNA test with hair samples. He counsels the booze won’t help and urges him to get a proper test. Jack opens up to Neil about his regret about unloading on Dina last night, but stresses he can’t forgive her. Neil advises Jack to get the DNA test for those who are counting on him and stop looking for answers in the bottom of a bottle. Jack decides that’s exactly what he’ll do.

Ravi thanks Ashley for meeting her at Crimson Lights. He knows what happened at the screening – it’s all over Jabot – and wants to confess his part in it. Ravi tells Ashley about someone bringing him the damaged memory card – he would have come to her had he viewed the footage. Ash asks who it was. Ravi replies, “It was Kyle.” Abby puzzles over Kyle’s motivation – she gets him wanting to blow up Jack’s life, but why his own?

Abby arrives at the Abbott house, where Ashley informs her it was Kyle who found the video file.

Jack Hollers at Dina to Shut the...