Thursday May 3, 2018: Neil checks in with Charlie, Victoria admits she’s cracking under the pressure, and Billy confronts Kyle. 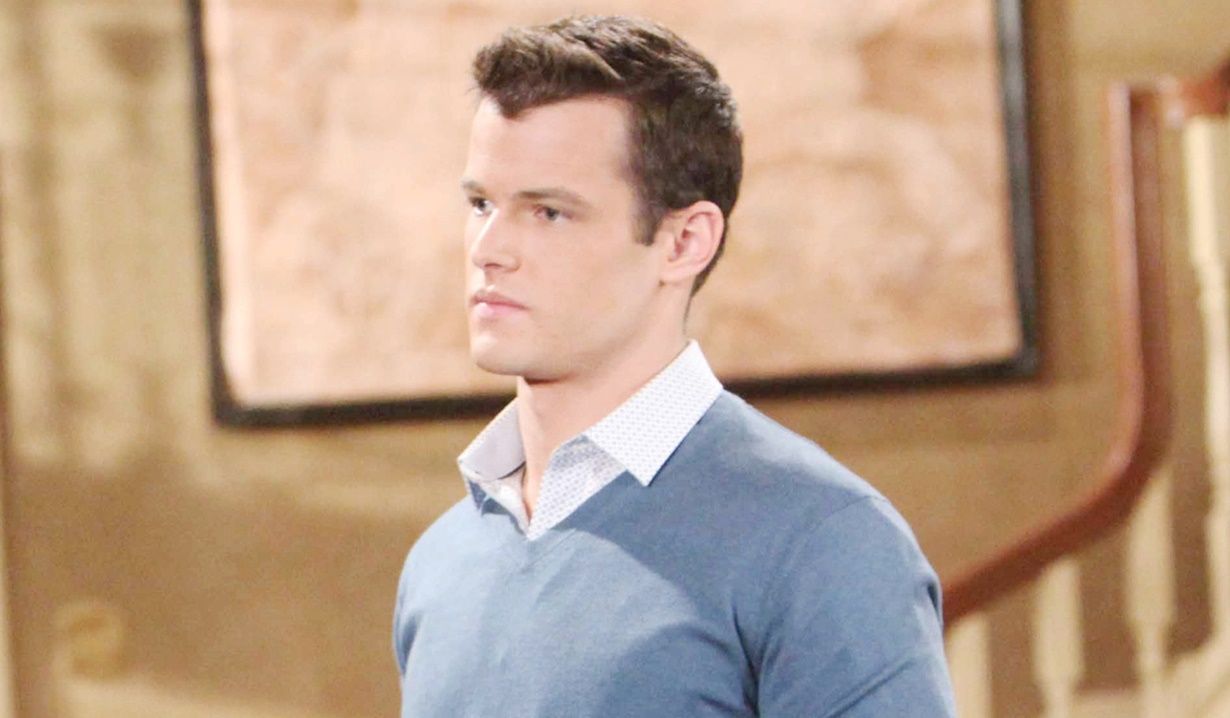 At Crimson Lights, Neil chats with Sharon about the JT situation – he wonders how customers are perceiving the Newman family. Nikki calls and tells Sharon they’ve a big crisis to deal with. Later, Neil encounters Charlie working on Dina’s interview on the patio. They discuss Alzheimer’s and Charlie worries about Neil, who assures him what the mind can’t remember, the heart never forgets. Charlie’s inspired and hugs his grandpa.

At the Club, Billy asks about Phyllis’ trip to the police station. She updates him on the cellphone evidence. Billy thinks JT’s lucky he didn’t show his face at the house. Phyllis takes a call from Nikki, who wants her to get Sharon and come to the ranch – it’s an emergency.

At the ranch, Victoria tells Nikki her mind’s made up – she can’t stop her. Soon, Phyllis and Sharon arrive. Victor appears, dressed for the Club, and questions them being together. Phyllis covers that they’re working on a charity event. Vic hobbles out, and Victoria reveals she’s planning to confess to killing JT. She explains she’ll say Nikki drove all of them home, after which she encountered JT upstairs and hit him with the fireplace poker after he admitted to trying to kill her father and lunged at her. She’ll say she rolled him into the rug, and out to the car, and buried him in Chancellor Park. Phyllis points out the holes in her story and warns the police will quickly figure out they acted as a team. Victoria wants to take her chances, but Nikki protests. Phyllis warns she’d get 15 years and won’t serve it alone – this would be a trifecta for Christine. Nikki points out she’s the killer. Victoria feels she deserves to pay for this, but Sharon – who can’t believe she’s saying this – agrees with Phyllis, and insists they stick to the pact. Sharon understands why they thought she’d lose it, but she’s done with that. She talks about overcoming abuse, and urges them to open up to one another if need be. They’ll be strong and united, and won’t let JT control them from beyond the grave. Vikki thanks Sharon for supporting her and other women. She promises not to be JT’s victim for one more minute. After Vikki leaves, Phyllis says she knows Sharon inspired Victoria, but questions, “To do what?”

Victor arrives at the Club to find Kyle waiting, eager for their meeting. Kyle compliments Vic on his short recovery time before talk turns to Jabot. Kyle complains Billy and Jack are blocking him from important information. He asks how Victor’s feud with Jack started. Victor ruminates on Jack’s shortcomings. He feels the feud can only end one way. He urges Kyle not to let Jack humiliate him at Jabot, but Kyle grumps about Billy becoming COO – he’s been waiting for years. Victor warns he sounds bitter and vindictive like his father. Billy appears and calls Kyle out for fraternizing with the enemy and playing right into his hands. “If you were my son, I wouldn’t trust you either.” After, Kyle informs Victor he’s found a weapon powerful enough to take down his dad. Victor invites him to show him what he’s got, and asks, “Do you have what it takes to play with grown-ups?”

Back at Crimson Lights, Phyllis compliments Sharon on her speech. Sharon ruminates that their only choice is to trust each other. They worry what Victoria might do, so Phyllis calls to see if she’s at work, and learns she’s working from home. She’ll go find her. On the patio, Neil checks back in with Charlie, who warns him off sneaking a peek at Dina’s video.

At home, Victoria pens a note to her parents apologizing for turning herself in. She’s about to head out when Phyllis arrives and tries to talk her down, reminding her she’ll be watching Johnny and Katie grow up in a visitor’s room. After, Nikki arrives and tries to talk to Victoria, who complains about cracking under the pressure from Paul, Mac, and Reed. Nikki suggests Victoria go away, and Phyllis offers to go along under cover of a convention.

At Jabot, Phyllis tells Billy that Lauren wants her to go on a convention…tonight. He offers to intervene, but Phyllis protests. She mentions Victoria’s going to represent Newman so she won’t be alone.

Check it out! On this day in soaps, May 3, 2007 Phyllis Abbott learned she could go to prison.