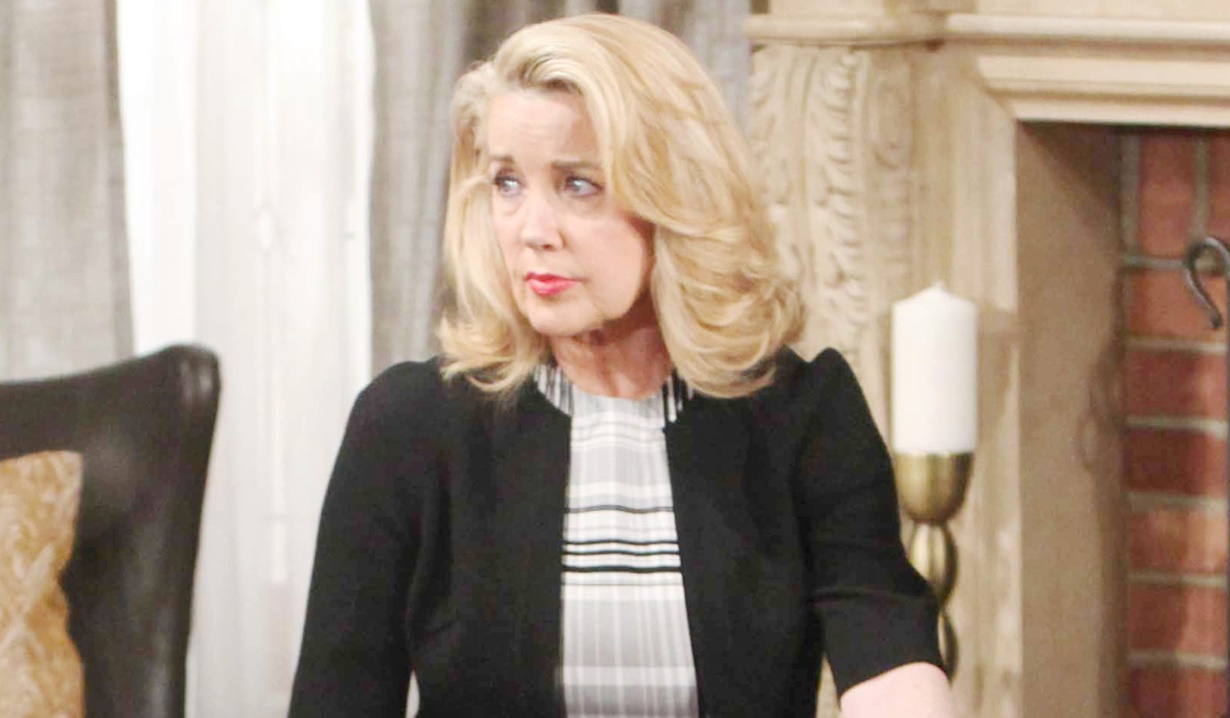 At Crimson Lights, Sharon’s frazzled and spills. As she wipes up, she notices Colleen and JT’s heart carved into the bench seat. She grabs her coat and leaves. On the patio, Lily wonders why Mattie’s not studying at home. The girl insists she’s fine, but Lily calls someone to come because Mattie needs them. Cane arrives, and Mattie complains about them turning her quest for space into an intervention. Lily notes she hasn’t been herself for days. Cane feels it’s to do with Reed leaving. Mattie feels she screwed everything up, prompting Lily to comment on Reed drinking and driving. Mattie says Reed understood why she called the cops. Cane respects Reed’s decision to go away from Genoa City. Mattie, glum, replies, “And all the people in it.” Cane insists it’s for the best. Mattie ruminates about being a loner. They advise her not to be hard on herself – she will always be loved. Mattie knows how lucky she is to have her family back.

At Jabot, Billy has asked to meet with Jack and Kyle about taking money from marketing and putting it back into R&D. Kyle argues the point. Jack says it’s Billy’s call as COO, and Kyle complains. Jack reminds him he was grateful just to be kept on. After Jack leaves, Billy advises Kyle to put his energy into winning trust back. Kyle wants to talk off-site.

Sharon, looking for Nikki, encounters Victor at the ranch. He vows to find JT and explains he and Nicholas agree for once. Victor tells Sharon about JT choking Victoria – he’ll never do that again. Sharon moves to leave and Vic senses she’s upset. Sharon rambles about JT until Nikki arrives and says she and Sharon are leaving to discuss plans with Faith. Victor looks skeptical. In the stables, Sharon assures Nikki she said nothing to Victor, and notes it’s strange when she’s supportive. She complains about the guilt, and Nikki hisses she’ll have to find a way to put that aside. Sharon doesn’t know how much longer she can handle this. Nikki phones Phyllis as a reinforcement. She arrives, and they go over the decision they all made. Sharon cries that JT’s children will think he forgot about them, and worries Nick and Victor have vowed to find him. Phyllis reminds her they’re not looking for a corpse. Nikki points out their futures are all tied. Phyllis raises the scepter of prison, and asks, “Are you willing to lose everything because we did what we had to do?” Sharon won’t do that to her children or Victoria’s, but she hates this secret. She will find a way to live with it. Sharon goes, and Nikki tells Phyllis they’ll have to keep an eye on her. Phyllis muses her life is in Sharon’s hands – awesome. Inside the ranch, Victor takes a few steps as Nikki enters and smiles in surprise. They get to arguing about their other partners. Victor doesn’t like Arturo any more than Nikki likes Helen. Nikki muses that the arrangement was entertaining for a time, but they’re the love of each other’s lives. She will stop seeing Arturo if he allows him to stay on the project, and wants him to break it off with Helen. Victor replies, “It’s already been done.”

At the Club, Kyle opens up to Billy about never really being a part of the Abbott family. Billy commiserates. They go over Kyle’s transgressions. Kyle grumps about being treated like a misguided kid – he needs Billy’s help. Billy isn’t sure he can trust him…because of Victor. Kyle insists the Abbotts are all he’s got and together they’d be unstoppable. He suggests if the family’s to be right again, they need to kill the Abbott clause. Billy reminds him Jack already offered to do it, and Ashley didn’t come back. Kyle argues it’s a stain. Billy agrees, “Let’s make it happen.”

At Jabot, Billy and Kyle ask Jack to revoke the Abbott clause. Jack seems willing, and Kyle suggests they get the lawyers on the phone right away. Jack backs off – they can’t afford for an outsider to take control so the clause stays in place.

At Sharon’s place, Phyllis worries Sharon’s a walking talking mood swing. She gets it – a guy is dead and they were there – but she can’t take the uncertainty from her. Sharon will handle her guilt, and will honor the pact. They’re in this together, forever, but it doesn’t make them friends. Phyllis goes.

Victoria is questioned by Paul. 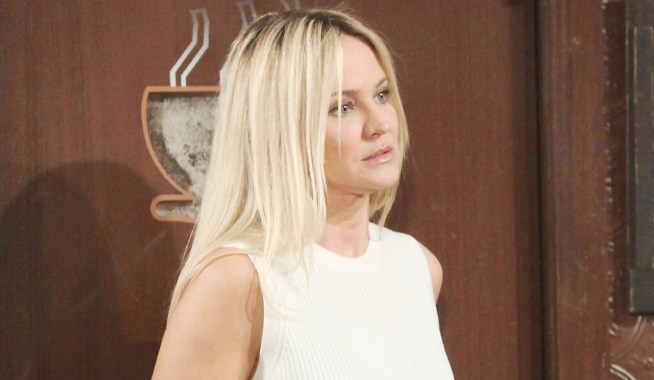 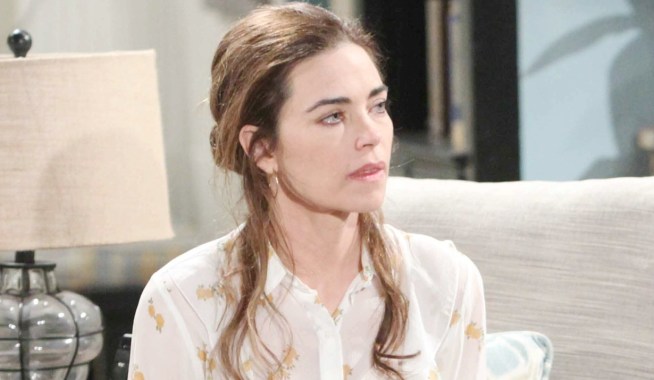