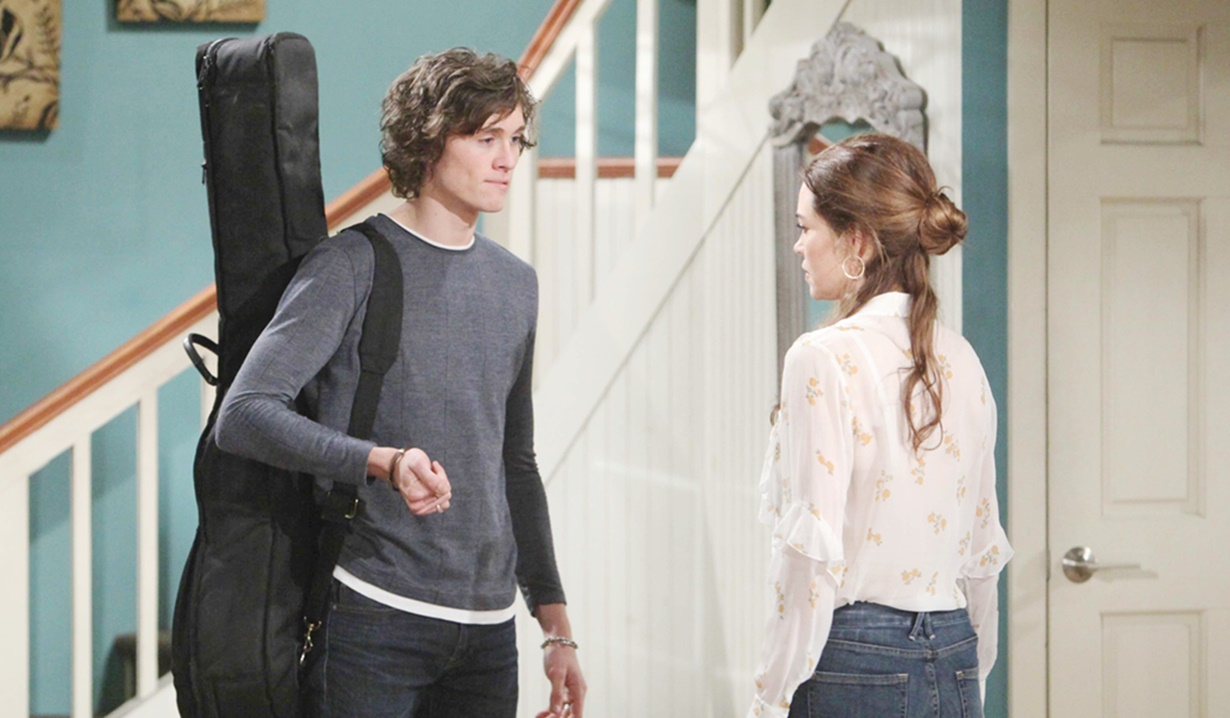 Billy arrives at Jabot and texts Phyllis, asking where she is. Jack appears, followed by Kyle. Billy thanks the ‘kid’ – if he hadn’t botched the CEO job so thoroughly and so quickly this never would have happened.

At Victoria’s house, Phyllis texts Billy that she’s meeting with a vendor and will see him soon. Victoria updates her that Paul knows about JT’s abuse because Victor had installed a camera. Phyllis worries Victor’s people could have a camera upstairs, and remarks on the invasion of privacy. Victoria shares she spoke to her therapist about JT and Victor’s controlling similarities. Nick arrives early for Nikki’s meeting at the ranch. Nikki exits, and Victor wants to talk. He breaks down in tears as he tells Nick he heard him fighting for him in the hospital and that his visits meant a lot. Nick expresses his love. Victor thanks him.

At Crimson Lights, Sharon approaches Reed with sympathy. Reed snaps that his father’s gone and talking about it won’t make it better. He can’t understand why his dad would ‘ghost’ him like this. Sharon points out JT became violent and defends Victoria’s protectiveness. Reed doesn’t want to believe JT dumped him to run and save himself. Later, Sharon updates Nikki on Reed’s feelings – Sharon thinks they should go to Paul. Nikki orders her to put those thoughts out of her head.

At Jabot, Jack orders Kyle to work in the records room and puts Billy in charge of R&D. Kyle protests that was his portfolio. Billy thinks Kyle’s done enough, and wants to launch a major new initiative. Jack’s intrigued. Kyle snarks about a middle-aged guy trying to understand millennials. Billy counters they want to make customers of all ages feel beautiful, plus he knows what women want. After, Jack assures Billy he wouldn’t have appointed him COO if he didn’t think he could handle it. Billy enthuses about making Jabot a world leader in cosmetics. Jack reminds him he’s the boss. Next, Billy takes a call from Reed, who needs to meet. Elsewhere, Kyle corners Ravi for a favor, but Ravi’s not receptive. Kyle butters up the ‘rock star’, so Ravi asks what he wants. Kyle offers money or game tickets for him to restore the memory card. After, Phyllis arrives, and Kyle flirts with her before wondering what Summer’s up to these days.

At Crimson Lights, Reed tells Billy he can’t live with his mom anymore. She insisted he give JT another chance and when they were getting along great, he’s now supposed to see him as a violent criminal and not ask questions. Billy knows Victoria never meant to hurt him. He urges the teen to focus on his life. Reed alludes to doing something drastic.

At the ranch, Nikki’s pleased to hear Nick and Victor called a truce. Talk turns to JT. Nick’s adamant he needs to pay for what he’s done. Vic reveals that JT physically abused Victoria. Nick fumes – if JT ever shows his face, he’ll kill him. Nikki warns Nick not to go tearing over to Vikki’s. Arturo arrives, followed by Jack. Nick reports he invited Sharon, but didn’t hear back, and Devon’s busy. After the meeting, Jack and Nick leave, and Victor watches Nikki take Arturo aside to discuss tearing down a rundown building. Arturo suggests they go over it over dinner later. They agree to meet at the usual spot and don’t realize Victor’s been listening.

Billy takes Reed home to broach the teen’s idea with Victoria – he can’t be around people who hate his dad and wants to leave Genoa City and go to a music boarding school in New Hampshire. He and JT bonded over guitar, and this will make him feel closer to the good parts of his father. Billy advises Vikki to agree, and goes. Victoria learns Reed’s buttoned up his legal loose ends, and agrees tearfully, saying his father would be proud. Reed decides to text his dad. Victoria knows his dad will feel his presence wherever he is. She collapses in tears when Reed goes upstairs.

Billy returns to Jabot, meets Phyllis in the elevator, and they make out. Phyllis asks if he misses the sneaking around. He moons about waking up with her every day. Phyllis calls it the correct answer. Billy asks, “What do I win?” They kiss.

At Sharon’s place, Nick questions her about not coming to the meeting before revealing his parents told him JT abused Victoria. He vents about his sister not feeling she could come to him and worries JT could resurface at any minute. Nick feels it’s critical to find him. 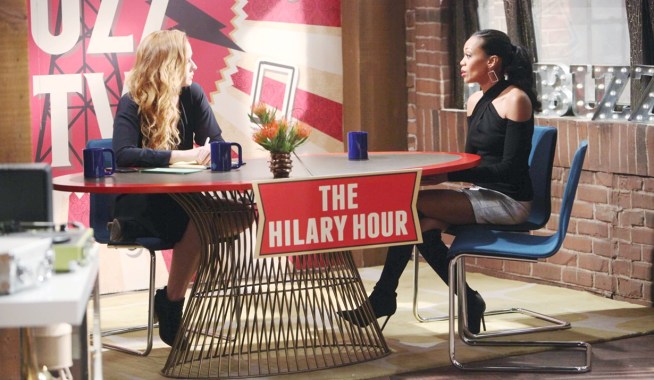 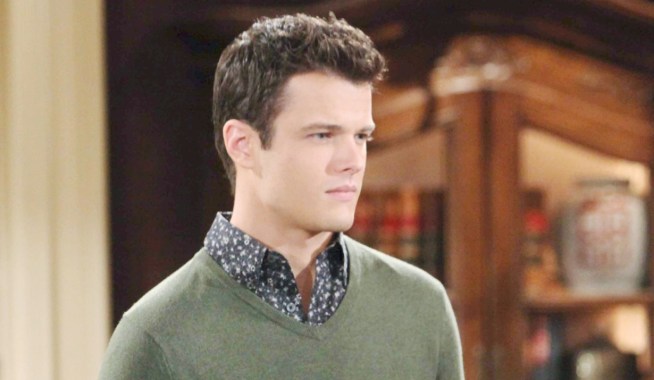