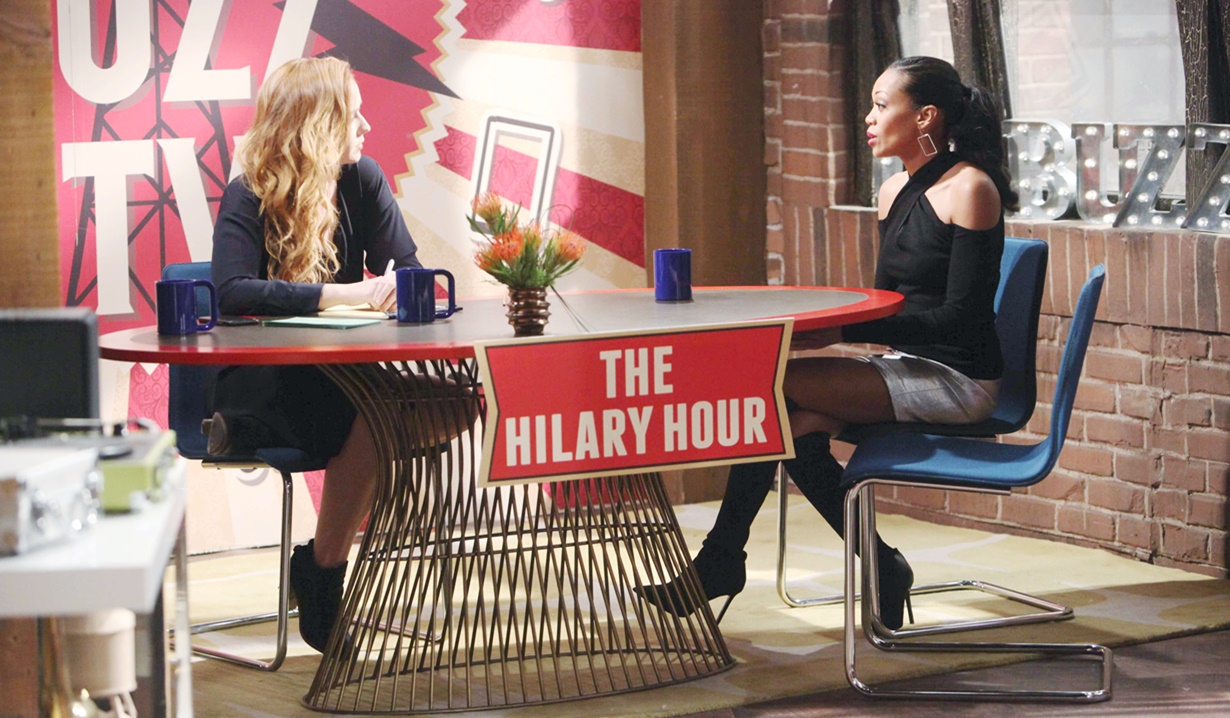 At the ranch, Paul arrives to see Victor about JT. Nikki gets coffee.

At home, Victoria’s irked to see Reed isn’t on his way to school. He didn’t see a point in going. They argue and Victoria says, “If your father was here right now…” Reed interrupts, “But he’s not is he? Because of you!”

Kyle arrives at Jabot and puts the memory card in Jack’s laptop. His father appears and asks, “Comfortable?”

In Hamilton-Winters Group, Devon informs Neil he’s overruling him on Hilary and Mariah working solely at GC Buzz. Neil, Lily, and Devon each get a text from Hilary. Devon finds Hil in the corridor – she’s inviting them all to lunch, but he nixes the idea – he doesn’t want them finding out about the pregnancy yet. [Y&R was pre-empted for breaking news from 3:07 PM – 3:10 PM]

At Jabot, Jack watches as Kyle phones Gloria and asks her to come by. Jack takes the phone and she informs him if he wants her back, he’ll have to beg. Later, Jack’s stressed without Glo, and Kyle agrees to fill in for her. Kyle and Jack are discussing Dina when Gloria arrives to tell Jack to stop texting her. Kyle butters her up and Jack agrees to give her a title and more money and vacation. Glo won’t return while Kyle’s there, but he insists he’s cleaned up his act. Gloria learns Helen’s been fired. Kyle suggests Jack take Glo for martinis, then enters his dad’s office, where he attempts to watch Dina’s interview but it cuts out. He contemplates the memory card.

At the ranch, Victor updates Nikki that Paul hasn’t found JT yet. Paul proposes he and Victor pool their resources. Victor’s reluctant. Paul holds up Victor’s tablet and asks why JT had it. Victor says it’s the reason he wants JT behind bars. Paul and Nikki view the video of JT abusing Victoria, and Paul keeps the tablet as evidence. After, Victor tells Nikki JT had better hope the police find him before he does. Nikki’s upset Victor violated Victoria’s privacy, and Victor learns Nikki knew about the abuse. Nikki says she’d have done anything to get her out of that terrible relationship – in the end that’s what happened.

At Hamilton-Winters, Devon and Hilary join Neil, Lily, Mariah, and Tessa. Hil apologizes for her impromptu invite to Top of the Tower and claims it was a team-building thing. Devon and Hilary step aside, and she accuses him of stalling to figure out how to break the news to Simone. Later, Simone arrives as Hilary’s leaving. She greets Devon, then Neil and Lily advise her not to let Hilary get to her. In the Club bar, Paul interviews Cane, who reveals JT said he wouldn’t see him again. Cane wonders if he might have hurt himself. Paul doubts it; though he realizes he really doesn’t know who JT is anymore. In the dining room, Nikki meets Arturo on business and reveals she saw him with Abby. Arturo insists he’s not having sex with Abby, and wants to enjoy each other day-by-day. Nikki enthuses about bringing him to the ranch for a meeting as Victor’s still in the dark about his identity.

At Victoria’s house, Reed complains that his texts to JT have gone unanswered, and Mac hasn’t heard from him either. He feels his dad won’t come back because Victoria won’t give him another chance. Victoria explains relationships aren’t perfect, and neither is she. Reed snaps that she expects everyone else to be, including his father. Victoria says what JT did to Victor was unforgiveable. As Reed leaves angrily, Paul arrives and updates Victoria on JT’s meeting with Cane, who thought JT might have gone home that night. Vikki says he never showed up. Paul then fills her in on the video of her and JT fighting. She’s taken aback to hear her father spied. Paul wonders why she didn’t come to him, and reminds her of his background with April. Vikki was embarrassed and sees no point in pressing charges now – JT’s never coming back. Paul asks how she can be so sure. Vikki says it’s something they have to accept. Paul replies, “You know that, does JT?” Victoria says, “He does now.” At GC Buzz, Mariah knows something’s up with Hilary and asks if she’d like to talk about it. Hil replies, “I’m not allowed.” Mariah notes that’s never stopped her, but accepts it. Later, they go live and Hilary announces her pregnancy on air.

At Hamilton-Winters, Devon cringes, Simone’s jaw drops, and Neil and Lily are speechless as Hilary announces live that Devon is her baby’s father.

Victor and Nick call a truce. 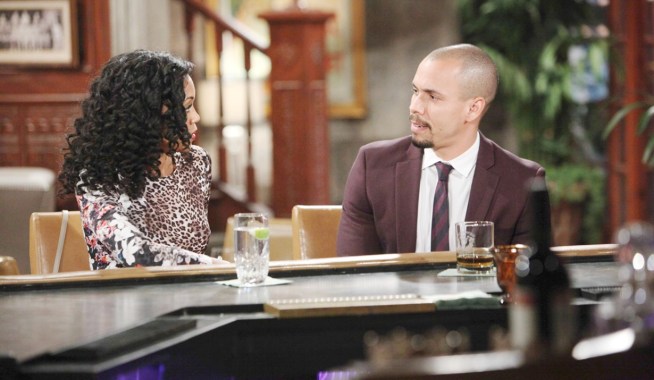 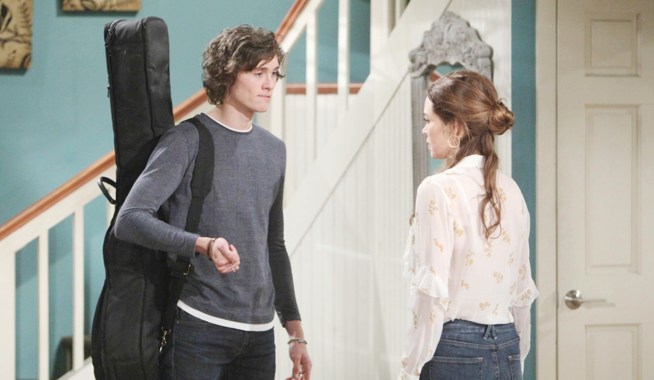