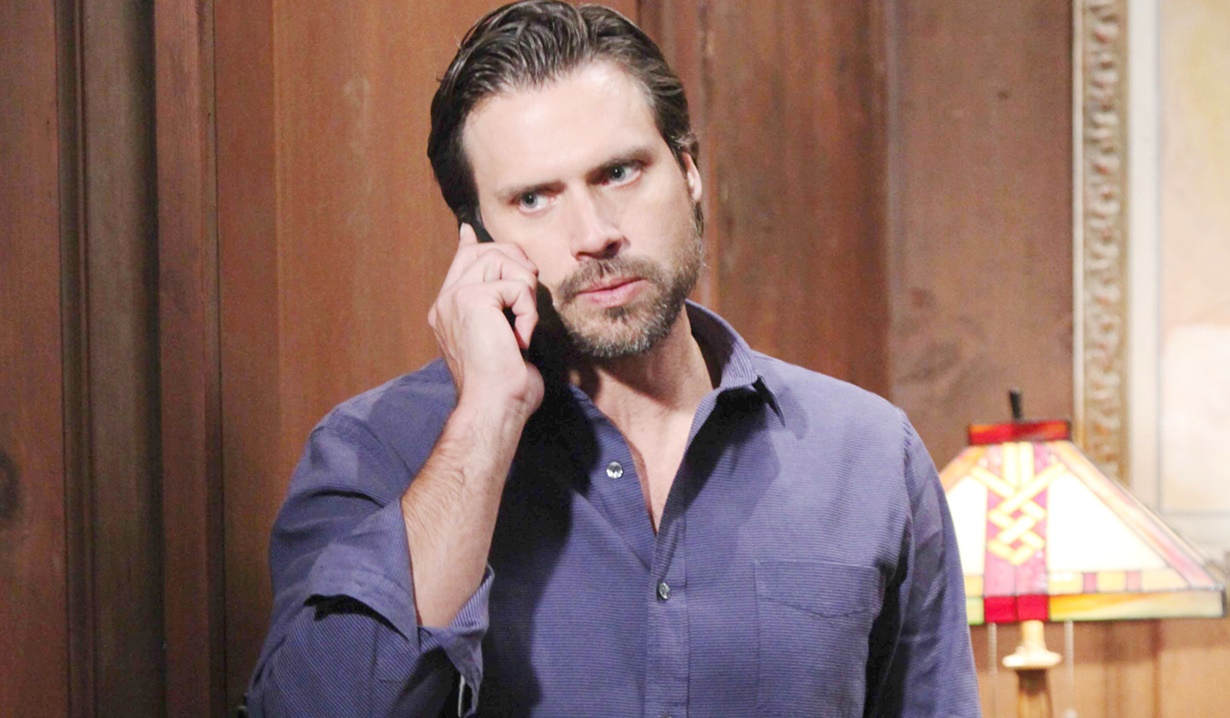 In Victoria’s bedroom, the women look for something to tie up JT before he comes to. Phyllis realizes he’s not breathing and there’s no pulse. Nikki freaks out and someone wants to call 911. They all startle when a knock comes at the door – it’s Mariah. Sharon slips out and joins Mariah, who is still spinning, and leads her downstairs. Sharon’s freaked out when Mariah says she recalls something bad. Upstairs, Nikki, Victoria, and Phyllis cover JT’s body. Downstairs, Mariah remembers telling Phyllis and Nikki she kissed a girl. Sharon thinks it’s a good thing, and encourages Mariah to head home. After Mariah leaves, Sharon rejoins the others, and assures them she has no idea JT was ever here. Victoria worries JT has a weak pulse, but Phyllis says he’s already gone cold. Nikki frets apologetically, but Victoria divulges that JT was the one who attacked her father and switched off his ventilator. She wants to call the police, but Phyllis warns Nikki could go to prison, along with the rest of them, as accessories to murder! They debate as Phyllis works to make them see it as the police will. Vikki says she told their therapist that JT assaulted her, but admitted she hit him too. Sharon’s irked with Phyllis’ take, but she argues she’s just being honest – they need to come up with a plan. Victoria feels responsible, but they all work to reassure her.

In the hospital, Nick sympathizes with Victor not being able to talk or move. He thought he’d figured out who did this, and refers to Helen, but tells Victor he won’t judge his and Nikki’s arrangement. Nick doesn’t believe it was Jack who hurt Victor, and knows his father will want the person found. He promises they’ll get him, and wishes Victor had some way of telling them. Victor’s finger quivers and Nick hands holds out a smartphone. Victor spells, “JT.” Nick thinks JT has information on the attack. Victor becomes agitated. Nick reassures him – he’ll talk to JT.

At the police station, Paul questions Christine’s contention that Jack is the guilty party. They debate about the male blood at the crime scene, and Paul wonders how Chris will explain that to the jury. Before long, Paul gets a call that the lab found a match for the blood – it’s JT’s. He worries they gave him cause and opportunity. Chris argues there are many reasons his blood could be there, but Paul frets that Victor found out he was investigating them. He notes JT seemed bitter and resentful since returning to town – it wouldn’t have taken much to set him off. Paul recalls JT mentioning he was at the ranch, and wonders if he lied about the timing. Chris concedes that their prime suspect just went from Jack to JT. Outside, Vikki’s in her car when Paul knocks on the driver’s window. He’s there about JT. Inside, Sharon spots Victoria with Paul. “They’re coming in.” Paul and Victoria enter. He wants to speak to JT. Victoria reveals she found out JT was working for Paul in Hawaii and sits with Nikki. Sharon and Phyllis explain to Paul that Vikki and JT broke up and they’re trying to make her feel better. Paul tells Vikki he’s sorry, but it may be for the best. Once Paul’s gone, the women debate about whether he’d use this in their vendetta against Victor. Victoria’s horrified by what JT did and Nikki talks about her abusive father. She tells Phyllis and Sharon he tried to rape her and she killed him. She vowed to always protect her daughter – it’s what she did tonight.

At the hospital, Nick assures Victor he’ll connect with JT. Victor’s distressed as Nick goes to leave. Nick tries to guess what Victor’s struggling to communicate. Finally, Victor ekes out, “JT did this to me.” Nick’s floored.

At the station, Paul updates Christine. They presume JT’s still in Hawaii. Paul takes a call that JT flew back to Genoa City. Suddenly, Nick calls – Victor identified his attacker as JT. He relays that Victoria split with JT and he’s headed back to town. Paul has enough to arrest JT for attempted murder.

At home, Mariah hears that a warrant’s been issued for the arrest of JT in Victor’s attempted murder.

In the hospital, Nick tells Victor he’s going to check on Victoria and JT will never hurt him again.

At Victoria’s house, Sharon still wants to come clean to Paul, but Phyllis worries they’d risk going to prison. Victoria points out they can’t pretend it didn’t happen – JT’s upstairs. Phyllis declares they have to get rid of the body.

Hilary wants to reunite with Devon. 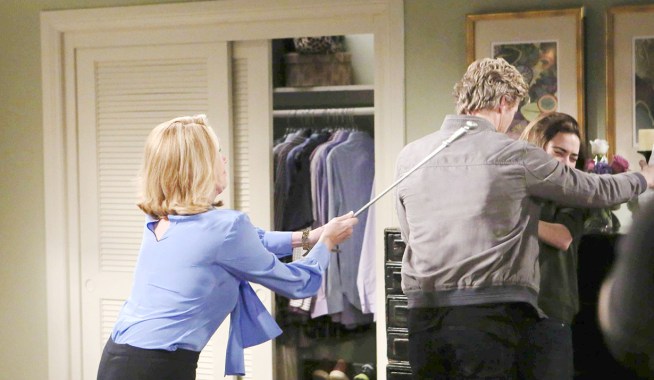 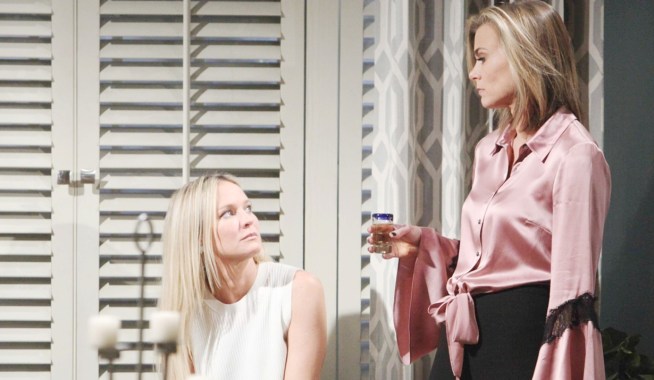