Friday April 13, 2018: Victoria tells her story, Cane has a puzzling run-in with JT, and Victoria learns the truth. 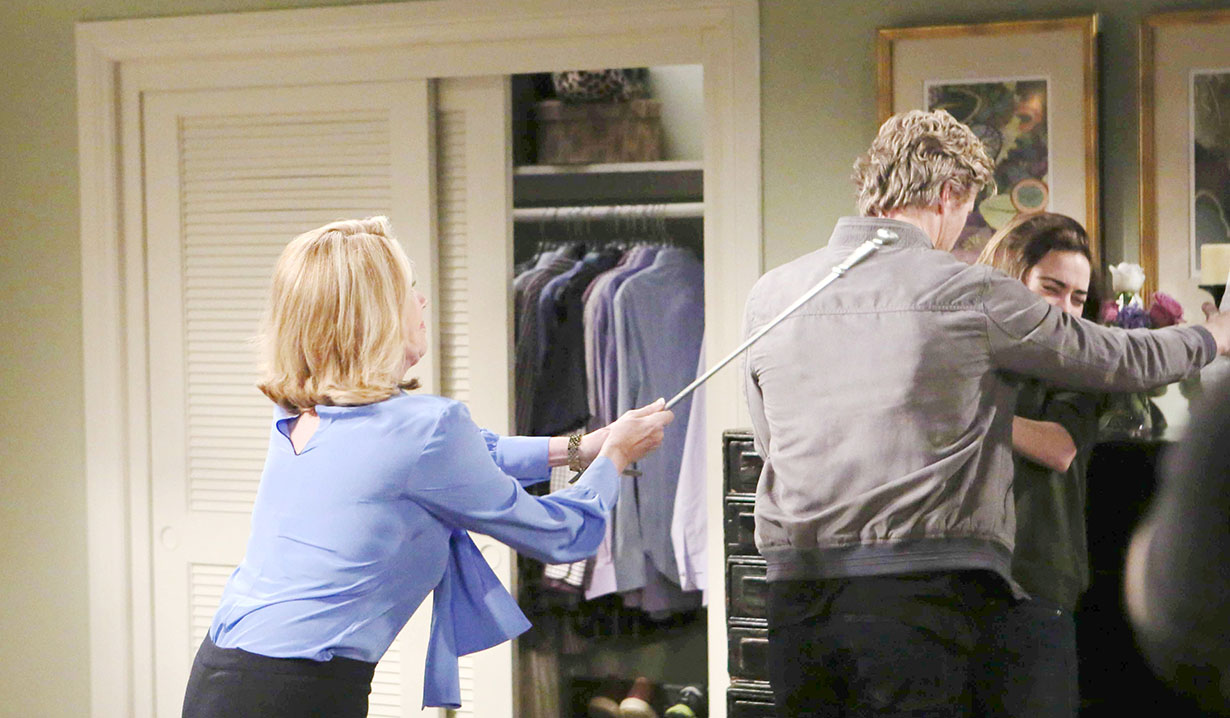 At Victoria’s house, Nikki wants to know what JT did to her. Victoria knows her mother noticed the criticism, but says it wasn’t just the words. The women are sympathetic as JT tries calling. Victoria relays that it was exhausting, she felt like her whole life revolved around JT. Now that she’s said out loud that she’s done, Victoria feels he can’t control her anymore. JT keeps texting her phone. Victoria confesses she didn’t want anyone to know, and felt ashamed. Sharon assures her no one would have judged her. Victoria marvels that she was the COO of Newman, yet being bullied and belittled by JT. The women learn he pulled this with Mac too. Phyllis can’t imagine what JT could find to criticize in Victoria. Vikki shrugs – he found fault with her clothes, her parenting, what she ate – and cloaked it in concern. She admits one argument got physical. Nikki cries as Victoria describes him holding her by the throat and punching the wall by her face. Phyllis asks what made her stay after that. Victoria doesn’t know – they loved one another, and she thought she could fix things. Vikki relays that she went to see the therapist Sharon recommended and JT said all the right things. Victoria doesn’t want Victor to know, but Nikki thinks he would be proud of her strength. Phyllis asks about Hawaii. Victoria says JT made it clear he wanted to control every aspect of her life – she had to walk away. Next, Victoria divulges that JT was also investigating Victor. Nikki fumes. They go over him releasing the memo to get Victoria away from her loved ones. Nikki won’t let JT near her ever again. Vikki steps out for air.

At Crimson Lights, JT slams down his phone when he gets Victoria’s voicemail again. Cane appears and JT tells him Victoria broke off their engagement. He admits they had issues and alludes to bad decisions that were out of love. Cane urges him not to give up, and to go after what he wants. JT decides he’s right. He tells Cane that he may hear things about him; he can believe them, or not. Cane’s left puzzled.

Outside Victoria’s house, Nikki calls her daughter brave, but Vikki feels she let JT break her. Nikki embraces her. They talk about the change in JT. Nikki feels he can’t fight what he’s become, and says Victoria can’t do it for him. Victoria worries about the kids. Nikki shares all she could ever do what make sure Victoria and Nick were loved. She assures Victoria she’ll be happy again. Inside, Sharon tells Phyllis she’s glad Mariah’s asleep. Phyllis sneers about JT and wishes Victoria had just thrown him out. Sharon snaps that abuse is insidious. Phyllis reminds her she’s on Victoria’s side. Nikki and Victoria enter. Vikki goes upstairs after the women offer to stay. Nikki promises Sharon and Phyllis she won’t forget them being here for Victoria. Upstairs in the washroom, JT appears behind Victoria in the mirror. She gasps and asks how he got in. JT came in from the roof – he’s fighting for the person he loves. Victoria wants him to leave. They move into the bedroom where he makes another pitch for her to move away with him. JT knows he needs help but their story can’t end here. Vikki says it’s already over. Downstairs, Nikki’s furious over what JT was doing to her daughter. Phyllis understands; if someone did it to Summer her head would explode. Sharon assures Nikki they can’t always be there, and credits her with saving Victoria by making her the woman she is today. Upstairs, Victoria angers JT by saying she’d forget he existed if not for Reed. They debate his abuse. He angrily sneers that Mac got to her. Victoria says it’s who he is, and she’ll never be with him again. JT calls her a cold bitch. Victoria won’t let him make her feel bad about herself. JT thinks she loved being controlled and rants about no one being good enough for Victor’s little girl. He reveals that Victor ordered him to leave town and remarks that they all would be better off if he’d died in the fall. Victoria puts the pieces together about that night, and JT protests that it was an accident. Victoria is floored that he left her father to die and came home with champagne. She realizes he tried to murder him in the hospital. JT sneers that Colleen’s dead and that bastard is still alive. Victoria tries to call the police. They struggle and the women hear downstairs. They race up into the room where JT is leaning over Victoria screaming in her face. Nikki clobbers him with a fireplace poker and he falls to the floor. 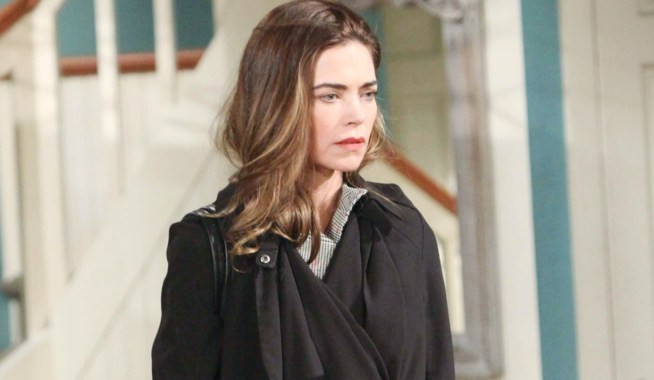 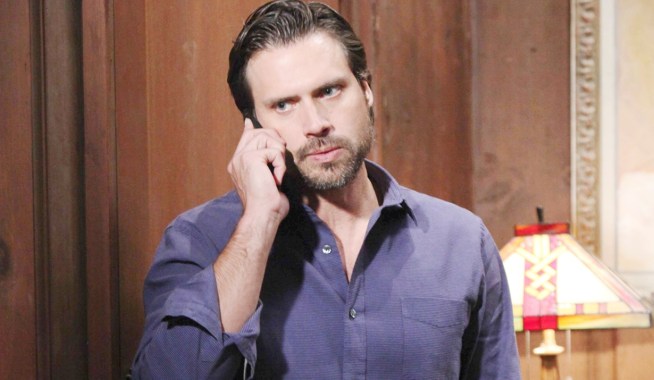