Monday April 9, 2018: Phyllis and Sharon square off over Nick, Jack’s desperate to get out of jail, and Nikki shares big news about Victor. 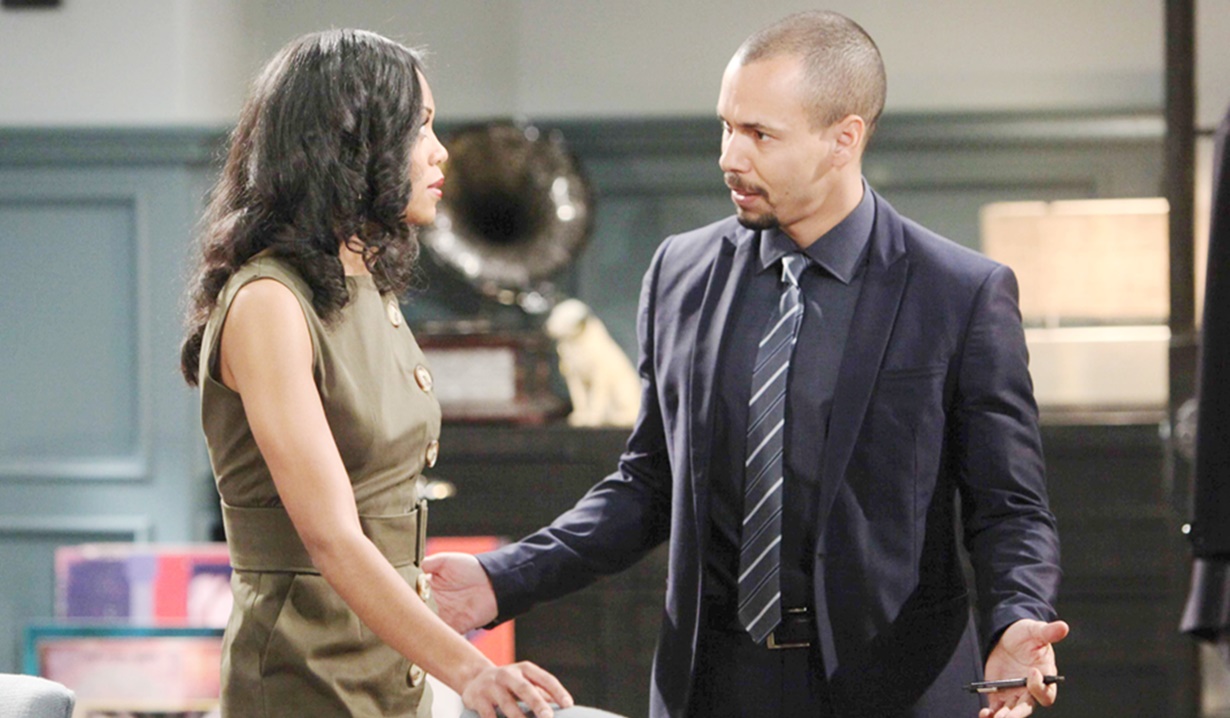 At the hospital, JT leaves Victor’s room and watches with his hood up as the life support machine alarms sound. When the staff rushes in to perform CPR, JT boards the elevator.

In the Club dining room, Victoria and Nick urge Nikki to take care of herself so her MS won’t flare up. Nick steps away and Victoria worries to her mother about the lie she told at Newman, covering up her demotion. Nikki promises to take care of Victor. JT arrives, says he’s not feeling well, and leaves with Victoria. Nearby, Devon calls Hilary out on her underhanded tactic, but Hilary counters that he shouldn’t be keeping the baby-making from Simone. Devon argues that it wasn’t Hil’s place to tell her and complains she made sure Simone knew they had sex. Meanwhile, Nick rejoins Nikki and asks her if she’ll run back to Arturo. Nikki comments on the soup. Later, Hilary joins Devon to discuss Simone again. Hilary wonders if he’s ashamed about his decision which is why he didn’t tell his girlfriend. Devon says they’re dating. Hilary realizes he hadn’t made up his mind. They bicker about Simone’s take on their plan. Devon points out it’s unconventional. Hil suggests Simone’s already thinking about marriage; the ultimatum is staking out her claim. Devon snaps about her pattern of going behind his back and explaining it away like she’s doing him a favor. He regrets signing the contract as he can’t trust her. Unless she’s already pregnant, the deal’s off.

At home, Billy and Phyllis canoodle after getting Katie and Johnny to bed. Billy wants adult time, but Phyllis has to go get food for breakfast and won’t be long. JT answers Reed’s questions about Victor, then announces he’s going upstairs to lay down. Victoria reappears and checks in with Reed on school and community service. They agree they’re enjoying having JT there, though Victoria looks unsure. Later, JT rejoins Victoria and learns there’s been no updates on Victor. JT suggests they take Reed for coffee and fill him in on their plans.

At the jail, Jack summons Ashley to discuss the blood found at the ranch. Ashley updates Jack on Kyle’s latest firings at Jabot and points out Victor’s not calling the shots in a coma – this is all Kyle. Jack frets about getting back before his son does real damage. Talk turns to Dina’s memories. Ashley reveals she’s trying to sort through what’s real and what’s fantasy. Jack wishes her luck. He tells Ash he has to get out of there; he’s going nuts.

In Crimson Lights, Nick updates Sharon on Victor’s progress and apologizes again for snapping at her. Sharon’s understanding, and they make plans for later. Phyllis appears and asks Nick about Victor. Sharon snarks that she doesn’t care. Phyllis admits it, but she cares about Nick. She suggests they video chat with Summer. Nick agrees, tells Sharon he’ll take a raincheck, and exits with Phyllis. Later, Reed learns JT and Victoria plan to remarry and that they’re seeing a counselor to get things right. Reed’s cool with it. Victoria goes for a refill, and updates Sharon that her counselor idea was a good idea. Sharon’s delighted, but advises her not to center her life around a man. Victoria reveals she doesn’t really have friends. Sharon offers to throw her a girls’ get together one night.

At home, Reed suggests JT and Victoria just live together; marriage is outdated. JT and Victoria disagree, and Vikki hopes Victor will be able to attend their wedding. Victoria gets a call from Nikki that something’s happened with her father.

At Phyllis and Billy’s place, Nick and Phyllis conclude their video chat with Summer as Billy appears. He’s irked at Phyllis inviting Nick to stay, but goes along with the beer and video games plan. When Billy goes for beer, Sharon comes to the door – Nikki’s frantic to find Nick, whose phone was on vibrate. Nick exits, and Sharon confronts Phyllis about dragging Nick off to video chat with Summer. Phyllis argues he needed a break. Sharon was going to make him a home-cooked meal. Phyllis says Nick smiled and laughed – all of the meatloaf in the world couldn’t have provided what she just did. After, Billy returns, and isn’t upset to find Nick gone. They start making out.

At the hospital, Abby, Nick, Victoria, Reed, and JT join Nikki, who reports an unsuccessful attempt was made on Victor’s life – a switch was flipped deliberately. Victor’s children feel it must have been the person who attacked him, meaning Jack’s innocent, and they wonder about security footage. Reed can’t believe someone tried to kill Grandpa. JT hugs him. Nikki calls them in – Victor is awake. He suffered a minor stroke and can’t speak, but looks directly at JT.

At the jail, Ashley updates a relieved Jack that Victor’s awake. 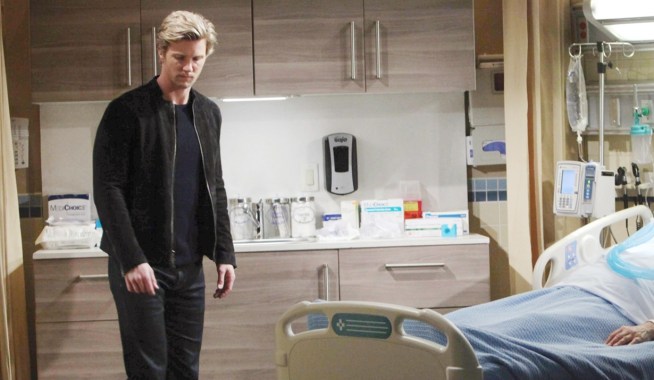 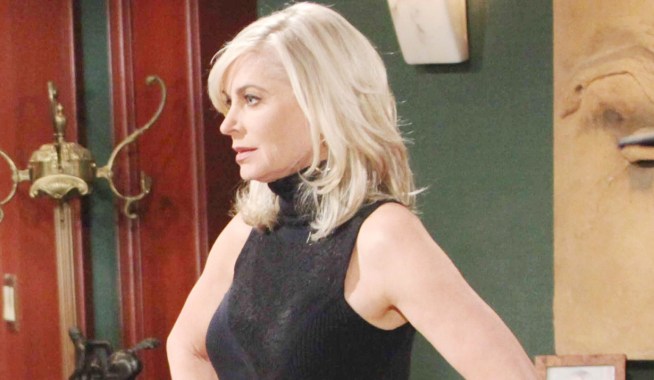