Kyle Takes Over at Jabot, Leaving Jack in a Panic

Tuesday April 3, 2018: Victoria tells JT what she wants, Victor's condition worsens, and Lily gets a surprise from Hilary. 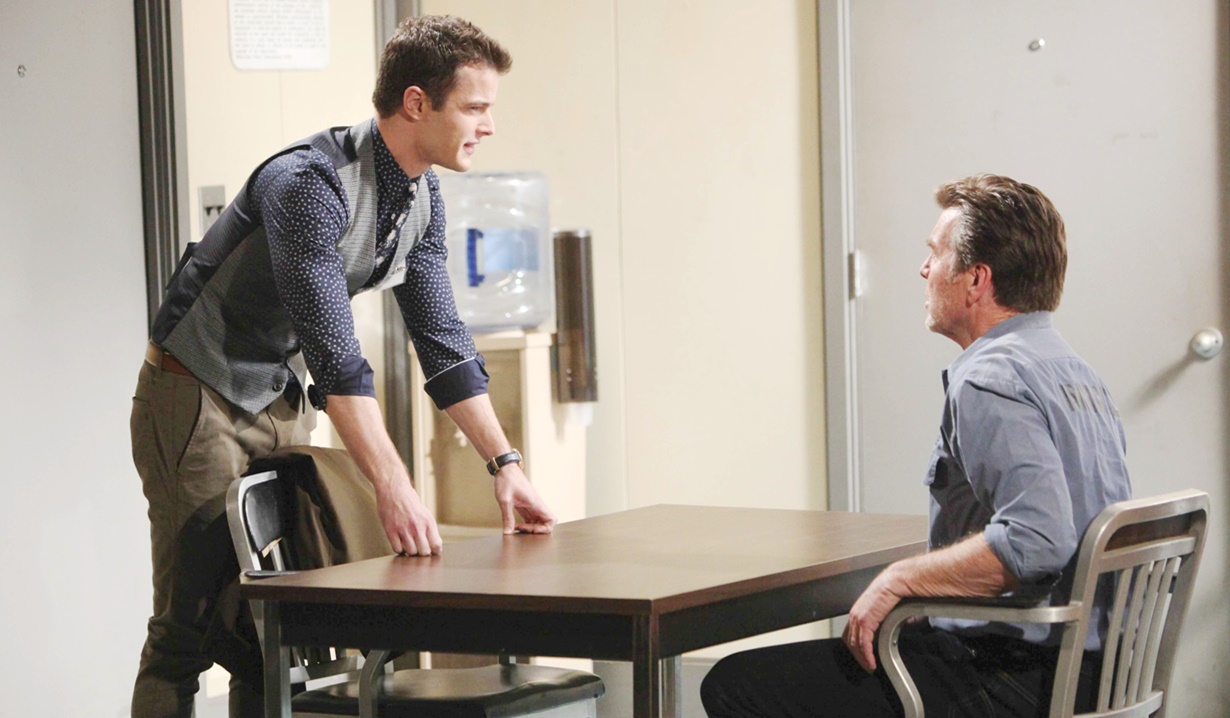 A GC Buzz report shows Victor doing a press conference announcing his new business partner, Kyle Abbott. Kyle talks about rebranding Jabot Cosmetics and Jack busts in to holler that Victor is using his son. Victor gloats, “You lost again, Jack,” and Jack shoots him. In jail, Jack awakens from the nightmare gasping for breath.

Ashley arrives at Jack’s office to find Kyle’s taken over. Ashley reminds him he voted against Jack. She’s about to sort out running the company, but Kyle announces he’s the Abbott, and will step in. Ashley approves his work, but is concerned and confused about his interest. She wonders whether he’s sincere about this. Kyle replies, “Emphatically yes.”

At Hamilton-Winters Group, Lily learns Hilary’s been with Devon all day making a baby. Hil gets on the phone to schedule a pregnancy test, then tells Lily she’s anxious to find out if it took. Lily ignores Hilary as she talks. Devon arrives and Lily lets him know Hilary was telling everyone they had sex. After, Devon questions Hilary, who complains Lily was acting smug. Next, Lily informs Devon she gives up. “You made your bed and now you’re having sex in it.” Devon retorts that was because she interfered. Later, Simone arrives. Lily sends the twins off with Hilary and suggests Simone get more involved with the company. Devon reappears and is eager to hear Simone’s thoughts on the business. Hilary returns and Lily opines that Simone would be an excellent addition around here.

At home, Victoria questions to JT why they’re rushing into marriage. JT points out she was on board yesterday and asks, “What’s changed?” He thinks she’s getting cold feet and wants to go ahead as planned. Victoria asks him not to discount what she’s saying because it’s not what he wants to hear. JT wants to know what set this off. Vikki asks him to stop dissecting her decision. JT asks if she spoke to Mac. Vikki insists she made up her own mind. She informs him he’s sometimes critical and dismissive, and it’s not what she wants. JT just wants her to be successful and fulfilled. He brings up Mac again, but Victoria says it’s about them.

In the hospital, Victor, unconscious, thinks out loud about Nikki sitting by his side – it’s all that matters. Nick appears, and in the waiting area, assures Nikki about Victor’s team of doctors. She can’t believe Jack did it, and Nick looks forward to getting answers. He urges Nikki to take a break, so she heads out. Victoria arrives and Nick advises Victor’s situation is worse than they thought.

Nikki visits Jack in jail and asks why he came back that night. Jack groans that he was stupid. Nikki wants the truth. Jack insists he found Victor unconscious and tried to save him. He did not push him down the stairs and wishes he knew who did. Next, Ashley visits and lets Jack know she believes him. She updates him that Kyle is handling Jabot. Jack decrees it’s a nightmare and tells a bewildered Ashley to make sure his son doesn’t take over at Jabot! He reveals Kyle’s working with Victor on something big – together they have to stop his son.

In the Club, JT demands Mac make time to talk to him. They bicker about her interfering with Victoria. Mac gets up to leave and he grabs her arm. She looks ill. JT asks why she’s trying to convince Victoria he’s a monster. Mac, emotional, says, “You’re not a monster, but there were things that you did…” JT acknowledges they had issues; it just didn’t work. Mac urges him to put in the work with Victoria. He promises it will be different this time.

At GC Buzz, Mariah gapes at seeing Kyle and hopes Summer isn’t also coming back. He admits he doesn’t know Summer’s plans, and tells Mariah it’s good to see her. Mariah presumes he’s desperate for company, but agrees to hang out. They chat and Kyle mentions the possibility of sticking around long-term. Mariah thinks his dad would love it. Kyle gets a strange look.

More: Spoilers for Y&R, all soaps

At the hospital, Nikki is appalled to hear Victor has sepsis. In Victor’s room, JT stands by the bed. Victoria appears and brings him out. JT tells her she’s right, he’s been judgmental and demanding, and now it stops. Victoria wants to see a relationship counselor. Nikki and Nick join them. JT watches as the siblings comfort Nikki.

At Jabot, Kyle puts his feet on Jack’s desk and grins. 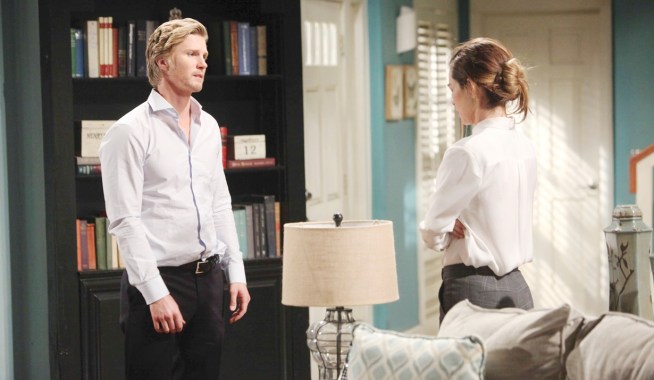 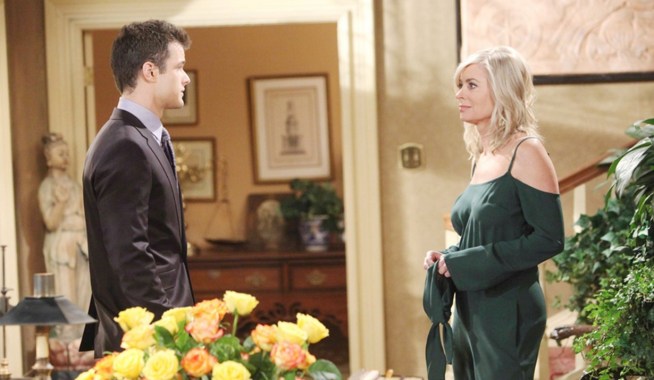