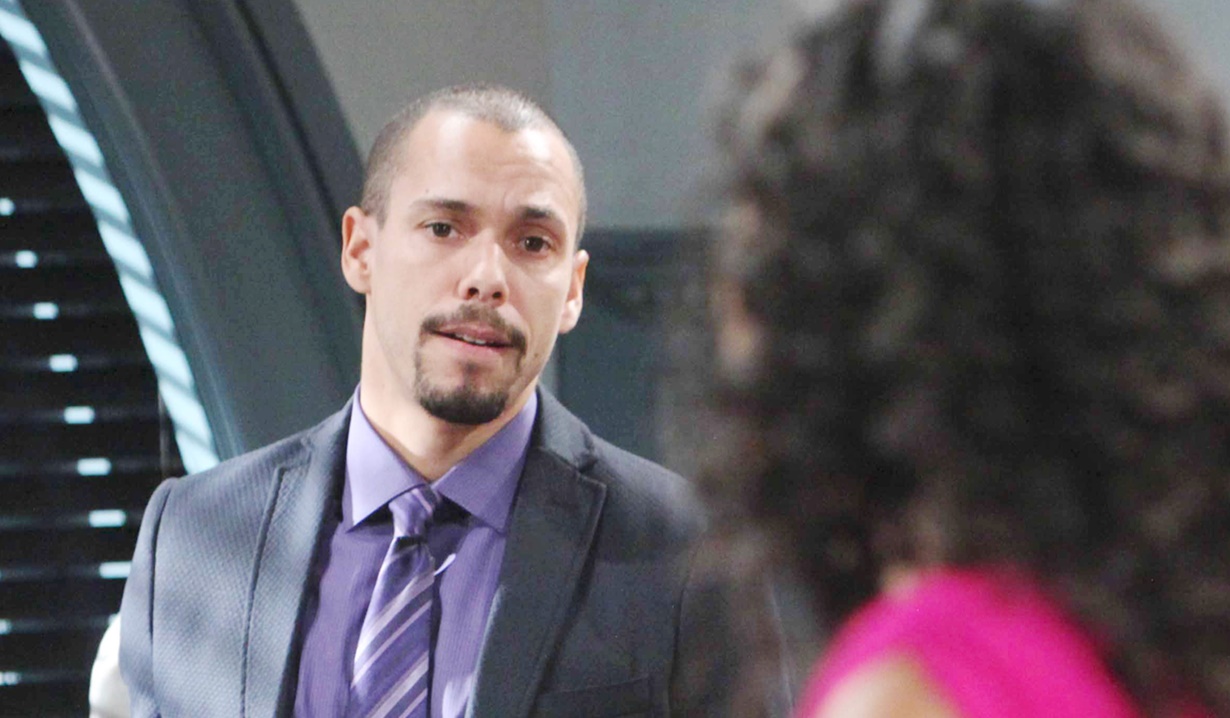 In her hospital room, Sharon wants Mariah to help her convince them to let her go home. She’s determined about finding out who did this to her – they don’t deserve to be running around free. They discuss Phyllis’ theory that Chelsea did it because they figured out she was ripping off Fenmore’s. Sharon nods when Mariah calls it a fantasy, then asks about Nick. Mariah admits he was pacing the floor worrying and clearly still cares about her.

At the ranch, Victor opines that Chelsea will slip up. He grimly informs Nikki under no circumstances will he allow her to abscond with Adam’s son. Victor barks orders at someone in the phone, then turns back to Nikki, who ruminates that at least Chelsea had the sense to bring Christian back. She loves both the boys so much. Victor know she’s as heartbroken as he is. He wants to go over to see Nick, but Nikki isn’t sure that’s advisable.

At the Club, Phyllis and Hilary discuss the Chelsea scandal before talk turns to Devon. Hilary worries he’s furious with her; she may have lost him for good. Phyllis isn’t discouraged. Hilary tells Phyllis about him making out with Simone. Phyllis thinks she’s a temporary distraction. Hilary reveals that he told her not to waste her time trying to get him to forgive her. Phyllis advises her to step back and let the Simone thing run its course, then reminds her Devon once dreamed of building a future with her. Hilary wants to refocus on finding a donor to have a baby.

At the penthouse, Nick tells Christian, “Sorry man, it’s just us.” He explains Chelsea and Connor will be the ones going on the secret trip – they’ll stay home with the rest of the family. Nick vows to help his boy through this. “It’s going to be okay.” Phyllis arrives, and Nick invites her to say ‘I told you so’, he deserves it. Phyllis notes he’s suffering now, so she won’t let him have it. Nick thanks her for being so stubborn and not letting it go. She’s sorry she couldn’t stop Chelsea. Nick sighs – he should have trusted her. He mentions Chelsea left a letter and questions her leaving Christina behind. Phyllis guesses she was worried about a kidnapping charge. They talk about Chelsea conning everyone and taking advantage of Nick. He’s glad he saw her true colors before she adopted Christian. Phyllis intercepts a call from Sharon, and Nick continues talking. Phyllis leaves to deal with something. Nikki and Victor arrive. Nick’s surprised to see his father. Victor is there for his family, in this case, his grandson. The grandparents fuss over Christian. Victor cheerily explains to Christian that he inherited his toughness, while Nick grumps that toughness isn’t the only thing that matters.

At GC Buzz, Hilary looks through the donor database and daydreams about giving birth to a son…who is then taken away by the donor father. She then imagines being pregnant and meeting the donor, who gets arrested for murder. Mariah appears and Hilary shudders, she’s done with sperm donors. Mariah encourages her – regardless who the father is, she will still be the mom. Hilary says the insemination thing suddenly feels wrong; she doesn’t want to make a mistake. There will be no sweet baby unless she meets a man and falls in love. Mariah is comforting her as she cries when Devon walks in. Hilary puts up her guard. He wants to talk business, but she feels his investment should be hands-off. Devon lectures about how the show will be run, and Hilary quits. Devon challenges her to read her contract – if she quits she has to repay him. Hilary questions why he won’t let her go. Devon reminds her she is the show – that’s what he bought.

Phyllis arrives in Sharon’s hospital room, and the blonde sneers that she’s lost it. Phyllis retorts that Sharon needs someone to fill her in on what’s happened and she’ll enjoy rubbing it in how wrong she is. Once Sharon knows everything, she can’t believe Chelsea would go that far. Phyllis thinks she was trying to delay Sharon telling Nick the truth about Christian. She notes the secret is safe now. Sharon questions lying to Nick for the rest of his life. Phyllis says Nick is shattered and asks, “How cruel can you be?” They bicker about whether to keep the truth hidden. Phyllis tells Sharon if she does this to Nick, she’s no better than Chelsea. “Think about that!” Sharon sighs.

Nick’s World Is Rocked As Chelsea...