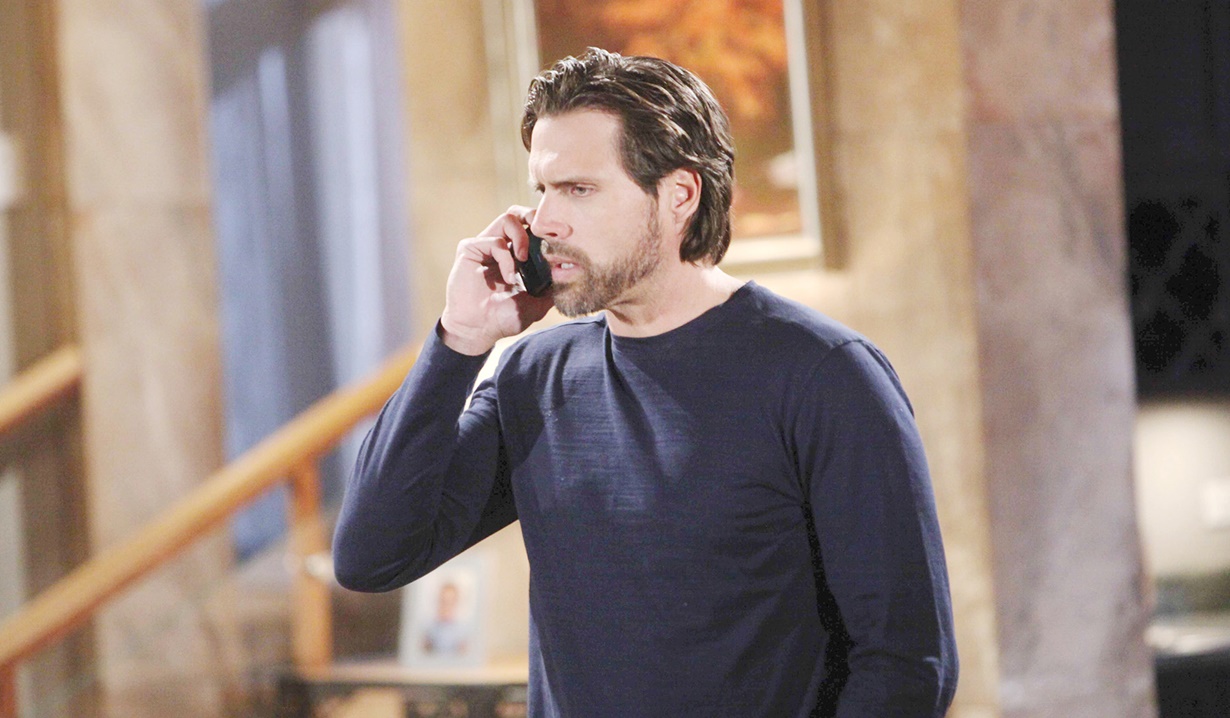 At the ranch, Nikki has already put the boys to bed and questions Chelsea’s need to get them home tonight for a day trip tomorrow, especially since Nick’s at the hospital with Sharon. Chelsea curtly informs her they won’t be canceling their plans. Nikki rounds up the kids, but informs Chelsea she’s not sure she’s telling the truth. She wonders if they don’t want the kids to be close to Victor. Chelsea reassures her and has the boys say their goodbyes, leaving their toys behind.

At the hospital, Mariah doesn’t want to let Phyllis go in to see Sharon. Nick is in the room with Sharon, whose memory is fuzzy. He tells her they were on the phone and she recalls wanting to finish their conversation. Sharon doesn’t know who did this. Nick steps out and takes a call from Chelsea, who complains she’ll have to pull an all-nighter at work. Nick fills her in on Sharon and hopes they can talk about their wedding more tomorrow. After, Nick joins Phyllis and Mariah, who goes for coffee. Phyllis informs Nick she believes Chelsea knocked out Sharon and is making a run for it with the boys. Nick argues and Phyllis barks at him to wake up! She explains that Sharon agreed with her, and adds she went to confront Chelsea and the place was empty. Nick hollers that Chelsea’s at work and the boys are with his parents – he wants Phyllis gone. Once alone, Phyllis calls Victor to ask if the boys are there. He confers with Nikki and learns Chelsea took the kids, but doesn’t relay the information to Phyllis. She makes her way into Sharon’s room and asks for her help in stopping Chelsea. Phyllis fills in a doubtful Sharon on her suspicions. Sharon refuses to lie to the police and say Chelsea hit her, and asks Phyllis to go. Outside the room, Mariah gets in the loop on Phyllis’ accusations and asks Nick and Phyllis to leave. As she goes, Phyllis tells Nick she is just looking out for him. Meanwhile, Mariah fusses over Sharon and comments on Nick still caring about her. Paul appears. Mariah leaves them, and Paul updates Sharon – they have no suspect. Sharon is asked if she has any information, but she can’t recall. Paul pleads with her to help him apprehend this violent felon. Sharon’s sorry, but she has nothing for him.

In the car, Chelsea cries as she disconnects from Nick and keeps driving.

At the ranch, Victor calls someone to get the information from the GPS tracker he had put on Chelsea’s car. He tells Nikki something has come up he needs to deal with before more damage is done. Later, Phyllis shows up and Nikki tells her Chelsea took the boys.

At the side of the road, Victor comes upon Chelsea’s car…and finds Jordan inside. Victor grabs him by the neck and demands to know where Chelsea is. Jordan only knows she had to get out of town fast. In another car, Chelsea explains to the boys that they needed to switch cars and worries this will hurt Nick so much – it’s the last thing she wanted to do. She flashes through their relationship, glances at Christian, and recalls them becoming a family. Chelsea gasps, “What am I doing?”

Victoria’s doorbell rings. She opens the door and Christian is standing there alone in his PJs.

At the penthouse, Nick texts Chelsea to give him a call – it’s too quiet there without her and the boys. After, Nick gets a call from Victoria, who says Christian showed up on her doorstep alone and spoke of a secret trip. He disconnects and finds the letter from Chelsea, which also contains her engagement ring. The letter says she is long gone with the boys. She confesses she is a liar and the money in the wall was hers; she was taught to always have an escape plan. Chelsea thought she would get away with it, but couldn’t have been more wrong. She is ashamed, but can’t face prison, and only asks that he believe what she felt for him was real.

At the ranch, Victor enters, downcast, as Nikki and Phyllis look at him.

In the car, Chelsea phones someone and says she is on her way. “It will just be Connor and me.”

Nikki and Victor team up to protect the family.