Monday February 19, 2018: Cane and Lily react to the recording, Phyllis enlists Sharon’s help, and Chelsea gets Nick to compromise. 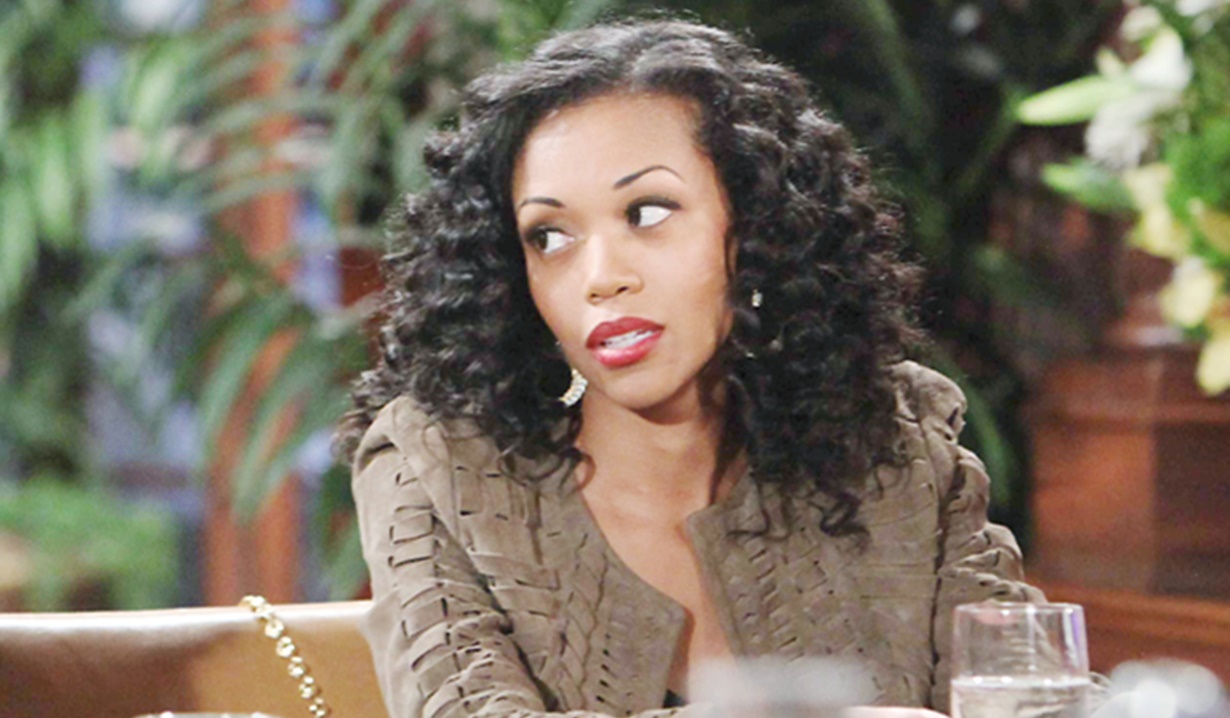 At Top of the Tower, Phyllis calls Chelsea a liar for her creepy claim about Christian. Chelsea counters that she will then be the person who breaks Nick’s heart. The elevator opens – Nick’s there. Chelsea complains Phyllis is making more accusations. Nick sneers at her to let this go.

In Devon’s office, Hilary chatters about Lily being almost friendly and suggests they have her and Cane renew their vows live on The Hilary Hour. Devon remarks on the ‘vicious’ obstacles that were put in Cane and Lily’s way. Devon arrives at the Ashby house the following morning, and hands over Hilary’s video, which he feels will give them closure. Later, after watching, Cane marvels at the way it all spun out of control with Juliet, and worries this is the only video of her for Sam. Lily says it proves Juliet was lying all along and Hilary knew it. Lily rants about Hilary, who never fails to disappoint. At Crimson Lights, Nick and Sharon lament Noah’s move to Mumbai. Nick thinks he should have taken more time. Sharon points out Nick let Chelsea talk him into eloping and wonders if marriage would even be on the table if Chelsea hadn’t proposed. Nick teases Sharon’s jealous, but she feels it’s strange Chelsea proposed right after Phyllis’ accusations. Nick wonders why Sharon’s buying into Phyllis’s conspiracy theories. Sharon asks her to meet him halfway. “You know I’m right.”

At the Club, Hilary approaches Chelsea about clearing her name on The Hilary Hour. Chelsea calls it Phyllis’ fake news. Jack approaches and Chelsea’s engagement is discussed briefly before he asks what Phyllis’ accusations were. Chelsea takes off, and Hilary gets a call from the clinic – she’s not pregnant.

At home, Phyllis goes over Chelsea’s claim with Billy…she’s certain Chelsea must be lying. She’ll cover her bases first, then pounce. Billy warns about Nick getting hurt if she forces Chelsea’s hand, and it will be on her head. “Let it go.” They debate at length. Phyllis says there is one other person who can help her. At Jabot, Hilary and Jack are discussing work, but Hilary breaks down over not becoming pregnant. She decides maybe it’s a sign that a donor isn’t the way to go. Jack wonders who might fit the bill in the real world. Jack suggests they make a spreadsheet on her criteria. Hilary begins to describe a man who Jack thinks sounds like Devon. Hilary laughs; they had their shot. Jack thinks she could approach him as a donor, or if it’s not just the baby she wants but also Devon, she should tell him.

At the penthouse, Chelsea shows Nick an inspiration board for places to elope. Nick suggests Genoa City…in July. He questions why she wants it to be so fast. They get into a bickering match when Chelsea becomes defensive. Nick wants to take some time. Chelsea has a compromise…they’ll get married in the summer, but do the adoptions now. Nick wants to go tell the boys.

Devon finds Hilary at Hamilton-Winters – she’s toasting to not being pregnant and announces every time she’s said she’s over him, it was a lie. Hilary thinks about him all the time and believes he sees her in his future too. She offers the bubbly but Devon’s not thirsty. Hilary continues opening up until Lily and Cane appear with the recording. Hilary owns up to it and apologizes, but calls it ancient history. Cane goes over everything that happened, as Hilary points out they’re back together and happy. When she mentions Sam, they ban her from seeing him. Lily informs Hilary she deserves every bad thing that happens to her and suggests Devon break his contract with her. Devon says the deal’s not going anywhere. Lily snarks that Hilary’s his problem now. Later, Hilary presses Devon to see that she’s changed. Devon lashes out at her for repeatedly messing with his family; she still has a lot of work to do. He doesn’t want to look at her. At Crimson Lights, Phyllis tells Sharon she has proof Chelsea’s a thief, but she’s tied her hands. She says Sharon can untie them. They adjourn to the patio, where Phyllis describes her confrontation with Chelsea last night and the revelation about Christian’s paternity. Sharon reels. She recalls how she and Nick went to war over Sully, and marvels, “If Chelsea knew he wasn’t Nick’s…” Phyllis wants Sharon to dig up the boy’s medical records. Sharon tries to get her mind around it – what if it’s true? Phyllis pleads with Sharon, who muses they’d have to have another DNA test. Phyllis needs her help. Sharon says, “I’m in.”

At home, Cane’s sorry his past came back again. Lily snaps that someone like Hilary can never change. They embrace.

Phyllis turns to an old friend for help. 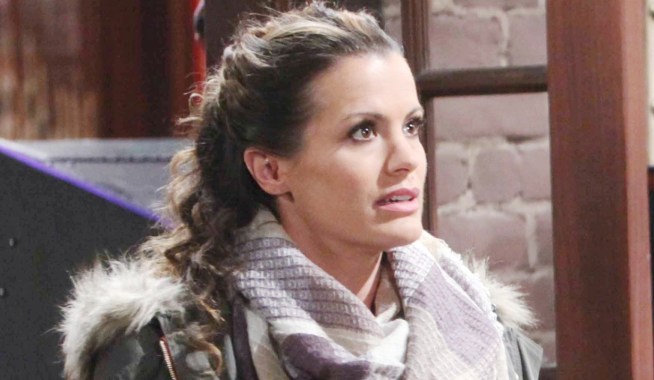 Sharon and Phyllis Hack Into a Police Computer 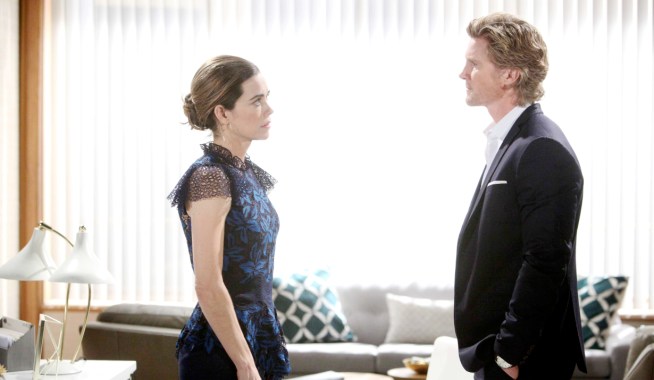