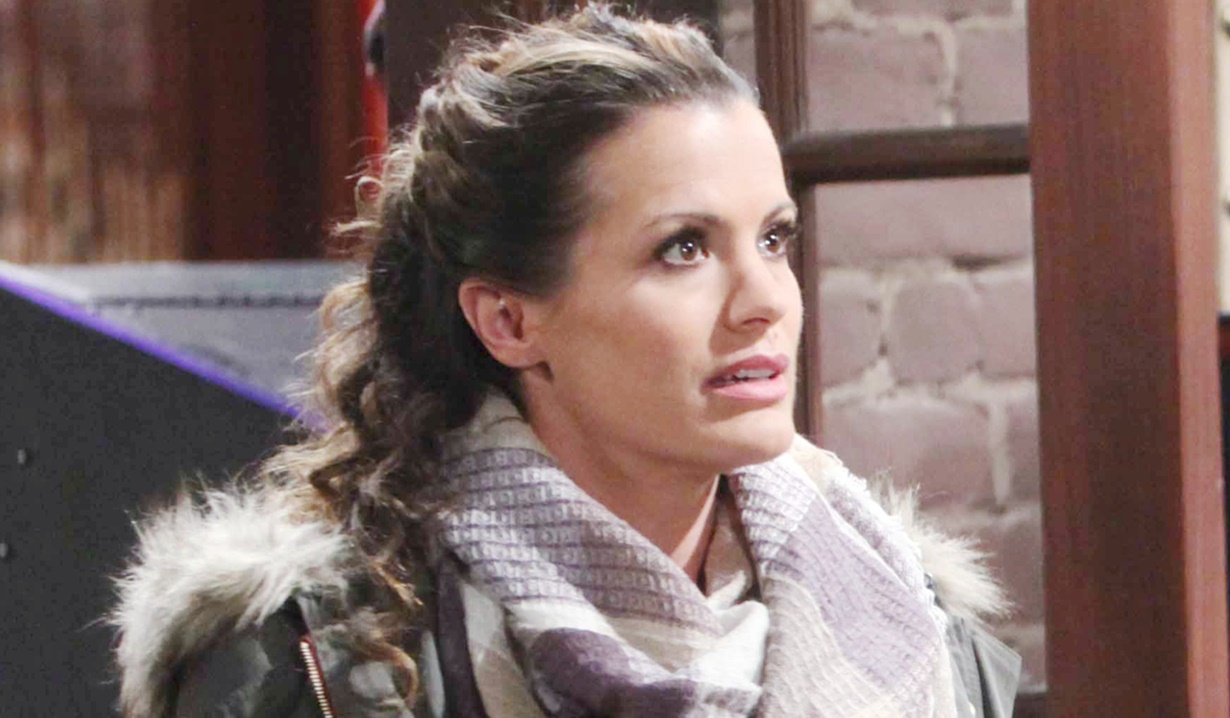 At the penthouse, Nick places a ring on Chelsea’s finger and they speculate about stealing Noah’s thunder by announcing their engagement at the family party. They decide she’ll wear the ring but won’t wave it around.

At home, Phyllis shows Billy the serial number evidence that implicates Chelsea. Billy agrees it doesn’t look good. Phyllis mulls over exposing her on Hilary’s show, but Billy says she doesn’t have all the facts and worries Victor could be framing Chelsea. Phyllis won’t back down. Billy reminds her what it’s like when you’re not given the benefit of the doubt. Phyllis agrees to join him to try and get Chelsea’s side of the story.

At Hamilton-Winters, Hilary is dejected when Devon can’t eat with her. She lets Charlie off his duties to join Devon and Simone in the studio. In the dining room, Lily tells Nikki she and Cane renewed their vows, and were inspired by her and Victor. After, Lily goes up to Hamilton-Winters, upset that Charlie’s blown off his practice, and Devon lectures Charlie. Down at the bar, a man chats up Hilary, who learns he’s a Stanford-educated consultant, and steers the conversation to sperm donation. The man has donated and assures her his profile was legit. When he suggests they go upstairs and try the old-fashioned way, Devon watches her turn him down. After, Hilary frets to Devon about getting pregnant by a donor who’s a jerk. Devon reassures her. Next, Lily joins Hilary and asks her opinion on whether Charlie’s taken on too much. Hil says he’s one of the only interns she can count on. Lily tells Hilary her show isn’t completely unwatchable. Hil warns that almost sounded like a compliment. Upstairs, Devon happens upon the recording of Juliet telling Hilary that Cane didn’t sexually harass her. Devon shakes his head. “Wow.”

Billy and Phyllis stop into the penthouse and learn from the caregiver that Chelsea and Nick are out. Phyllis wants to crash the party.

At the Top of the Tower, Noah tells Victor convincing the rest of the family this is what he wants isn’t going to be easy. Nikki arrives and Victor informs her Noah’s coming into his own as a Newman. She’s more concerned than ever. Nearby, Sharon sits with Noah, and informs him Mariah is sick. Nick and Chelsea join the party, and learn Victoria’s stuck in a meeting and JT’s babysitting. Victor invites Noah to speak. Noah reveals he wanted to find a challenging new position and thanks to ‘Grandpa’ he’s found it – he’s accepted a position at Newman’s Mumbai office and is leaving tomorrow. Sharon and Nick are suitably appalled and remind him he did the suit and tie thing before. Noah explains he’ll be interacting with some of the greatest innovators in India. Nick hopes Victor extended the offer for the right reasons. Nikki starts to make a toast, when Sharon notices Chelsea’s engagement ring. Nick confirms Chelsea proposed, and Chelsea adds that after the wedding, Nick will adopt Connor, and she’ll adopt Christian – they’ll be brothers. After, Sharon seeks answers from Chelsea, who was just last week wishing Nick was more like Adam. Chelsea warns her off, then contends with Victor. She informs him they’re going to live happily ever after and there’s nothing he can do about it. Vic growls, “We’ll see.” Chelsea rejoins Nick and suggests they marry right away in New Orleans. Phyllis and Billy appear. Billy takes Chelsea aside to question her and notices the engagement ring. She snaps that Nick doesn’t have doubts about her and neither should he. Billy rejoins Phyllis and suggests she let this go since they’re engaged. Phyllis says, “Like hell I will.” She thinks it’s better to come out now than later. Elsewhere, Sharon checks in with Nick, who confirms he’s certain about Chelsea. Nearby, Phyllis informs Chelsea of her proof that she bilked Lauren, and warns it’s a Federal offense. Chelsea calls her bluff, but Phyllis doesn’t back down – she’ll let her off the hook, but only if she ends her relationship with Nick. Chelsea insists there has to be another way. Phyllis sniffs that Nick will get over it. Chelsea isn’t talking about herself…what Nick has to lose, Phyllis cannot even fathom. Across the room, Billy asks Victor if he hired Ashley to take down the Abbott family. Nikki jumps in to defend her husband. As Sharon and Nick say their goodbyes to Noah, Phyllis pulls Chelsea into an elevator. Chelsea warns Phyllis she has a secret that will decimate Nick. Phyllis snarks, “You’re bluffing.” Chelsea reveals Christian is Adam’s son, not Nick’s. She adds if Phyllis doesn’t stop this crusade, the truth will come out, and it will be on her.

Phyllis turns to an old friend for help.

Hilary Suffers the Consequences for...