Friday February 2, 2018: Devon and Hilary butt heads over her demands, Nikki hooks up with the building contractor, and Reed bonds with JT. 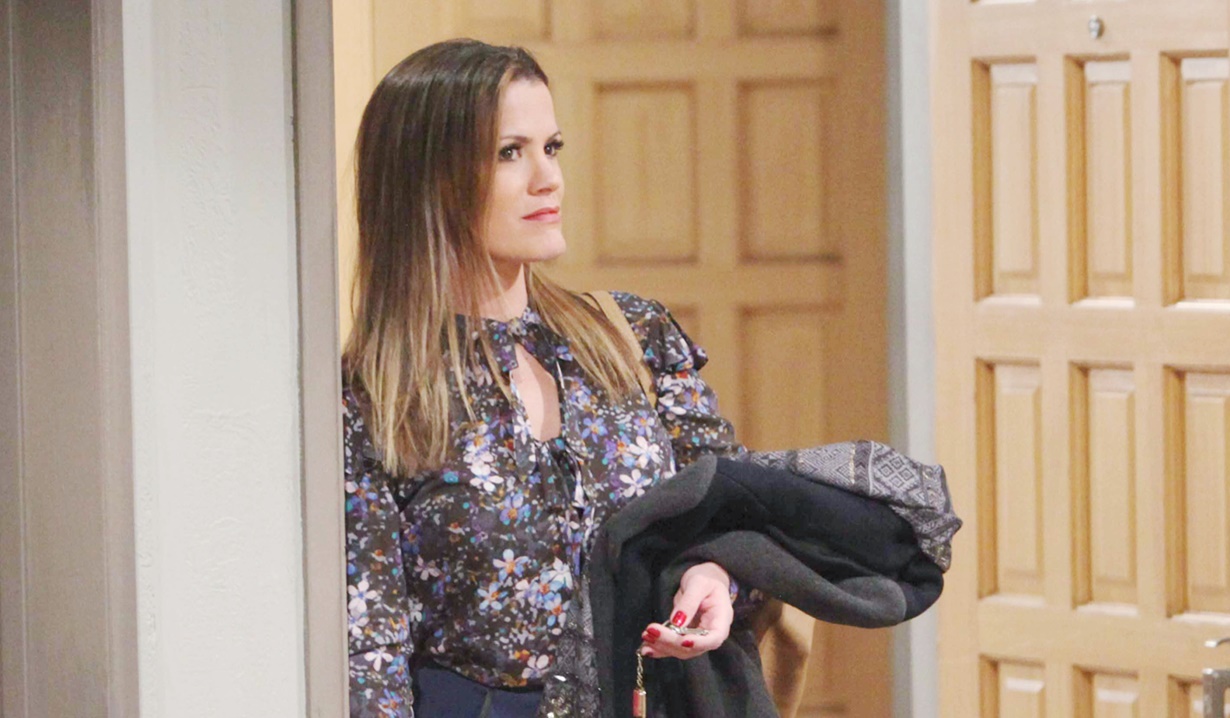 He points out their deal didn’t state she’d get an executive position, but Hilary counters that in taking on the show, he gets Hilary the powerful media force as well. They debate about her demands and neither bends. Hilary takes over Tessa’s work area until Devon works out a feasible solution. After, Hilary has to run out and she and Devon get into it again. He decides he’s created a monster. Once alone, Mariah tells Tessa she gives Hilary credit for being a woman who knows what she wants, and laughingly welcomes Tessa to her work life. “Or our work life, I guess.” They acknowledge Hilary and Devon’s undeniable spark – kind of like nuclear waste – and talk turns to them working together. Mariah mentions the song as Devon reappears. Hilary’s behind him, determined to get a meaningful position in the company. He goes after her. Tessa leaves too, and Mariah discovers her bedroll and belongings. Tessa returns and Mariah asks where she’s been living. Tessa lies that she rented a room.

Reed’s surprised when Nikki drops in on him at home. She brings up his parents’ reunion, and Reed wonders if she’s checking in on him or his father. He confesses it’s been kind of tense, as JT’s been all over him about everything. Nikki suggests Reed start acting like an adult and make an effort to improve things. She also urges him to take more guitar lessons from Tessa, since her recording contract didn’t work out.

At Crimson Lights, JT reports to Phyllis that he tracked down the owner of the website in question – Alexandra West. She wonders what’s next. JT explains it’s an alias and it could take loads of billable hours to unmask them. Phyllis can’t handle the idea of them getting away with it. JT offers to continue investigating – he needs a challenge. Talk turns to JT’s personal life. Phyllis urges him to reconnect with Reed while Victoria’s away. Nearby, Nick meets with the building contractor, Arturo (played by Jason Canela), who tells him the homeless build will take weeks longer and cost more. They argue over the estimate, and Nick points out this isn’t a Newman job; he’s creating affordable housing. Arturo thinks Nick’s out of touch with the real world. Nikki appears and Arturo fills her in on the fixes needed with the building’s wiring. Nikki tells Nick she’ll take it from here. Later, Devon catches up with Hilary and addresses her behavior. She admits she had her first fertility treatment today; it’s not how she imagined it would be when she thought about having a baby.

In the penthouse, Chelsea wipes away tears and seems stressed. Phyllis arrives with the Alexandra West update and questions if it’s someone in Chelsea’s supply chain. Chelsea agrees to check her contacts, sits at her laptop, and sighs. After, she tells Phyllis she’s come up empty – they’ve hit a dead end. Phyllis reassures her and leaves. JT arrives at home, where Reed invites him to play guitar. JT opens up that he once had, and lost, a recording deal, which prompts Reed to ask about how to approach Tessa. Father and son jam on their guitars and JT reveals a song he once wrote for a special girl on Valentine’s Day. Reed learns it. After, JT explains to Reed he’s working on a cyber-crime case and talks about tracking online transactions to expose fraud. He finds Alexandra West’s bank account. At the Club, Arturo accuses Nikki of trying to butter him up. She counters that she can’t build affordable housing if contractors start adding zeroes when they see the Newman name. He’s insulted and threatens to spread the word that they don’t pay fair prices. Nikki starts a negotiation and they settle the matter. Nikki urges him not to rush off and they chat. She tells him to wait, and returns with a room key. They go upstairs together as Phyllis gapes at the bar. In a bank, an employee apologizes for keeping ‘Mrs. West’ waiting. Chelsea sits there in a wig and hat. She’s withdrawing all her funds and closing the account. The banker does as requested.

At home, JT accesses Alexandra West’s account just as it’s closed. He rushes out the door and screams out of the driveway in his car.

JT arrives at the bank and warns the manager he will be going through the proper channels to access the security footage.

In her car, Chelsea cuts up her fake ID and drives away. 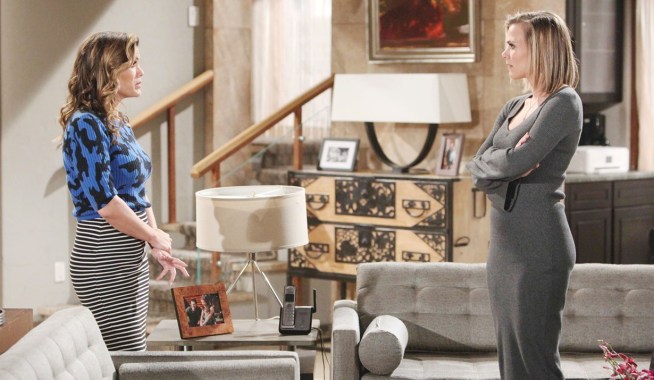 JT Signs on for a Side Hustle With Phyllis 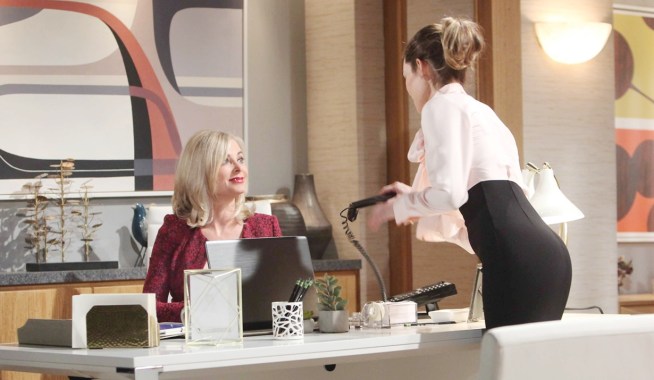