Tuesday January 30, 2018: Devon wants to help Hilary achieve her dreams, Tessa and Mariah face off, and Nick questions Chelsea about the found money. 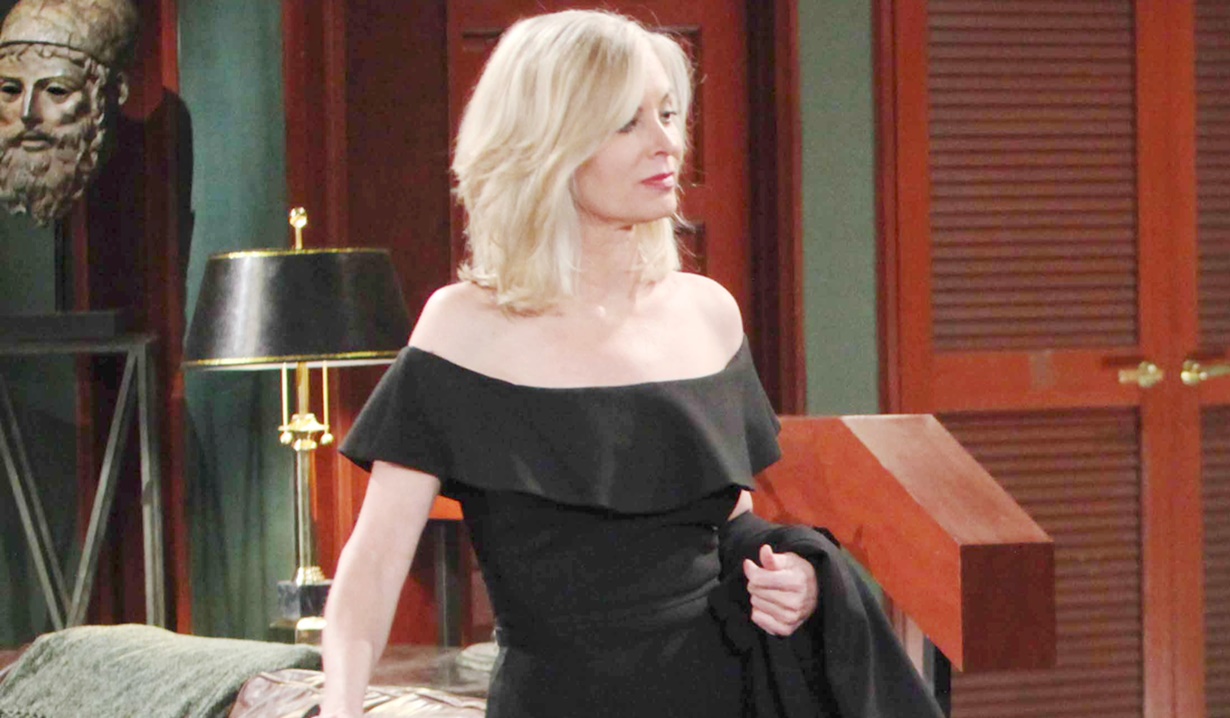 At GC Buzz, Hilary updates Mariah that she will be selecting a buyer tonight. Mariah is glum about the possibility of unemployment. A potential buyer arrives with an offer, but Hilary won’t commit. After, Mariah continues to worry, but Hilary asks her to stop being paranoid.

In the penthouse, Nick theorizes to Chelsea that Adam must have stashed the cash in the vent. Chelsea eventually agrees. Nick’s concerned it came from something shady, and phones the police. He will bring the cash to the station for the serial numbers to be checked. Chelsea defends Adam as she sees Nick off.

At Hamilton-Winters, Tessa hides her bedroll just as Devon arrives. He reveals he’s hoping to acquire GC Buzz today, and she questions him. He wonders if she’s concerned about being in Mariah’s orbit again. Tessa insists it’s fine, and addresses the Mariah kiss – it was sweet, but now they’ll never know what could have been.

At Newman Enterprises, JT tells Victoria how much he missed her. She agrees to meet later and enters her office to find Ashley there. Ash assumes Victor didn’t get ahold of her. “I now work for Newman Enterprises.” Victoria learns Ashley will be overseeing Brash & Sassy, and that her father made her an offer after the Jabot arbitration ruling. Ash reminds Vikki of her cosmetics and fragrance experience and grins as Victoria goes to confront Victor. Vikki complains Ashley isn’t family and they don’t need her. Victor thinks she’s a huge asset and wants her there rather than at Jabot. Victoria sniffs this is about one-upping Jack. After, Ashley’s apologetic about camping out in Vikki’s office and offers honesty – she’ll be making some changes to Brash & Sassy, which almost went under. Victoria, irked, decides she’ll work from home.

At Crimson Lights, Nick tells Sharon he’s been at the police station and fills her in on the find in the bathroom wall that may be related to Adam. Next, JT drops in and gets to talking to Sharon about Reed. She reveals Noah recently accused her of playing favorites – it never ends. When JT mentions possibly staying for good, Nick appears to say he’d better be since he’s living with Victoria. After, Nick questions to Sharon how successful JT and Victoria’s reunion will be. JT catches up with Nick on the patio and reassures him. He talks about making peace with Colleen’s death, and Nick shares about Sage. Nick got lucky moving on with Chelsea and wishes JT the best as well.

At Top of the Tower, Hilary turns down a buyer as Mariah arrives, questioning the venue for their work lunch. Hilary quickly realizes there’s tension between Mariah and Noah, who reveals he’s also through with Tessa. Mariah follows Noah to say she’s sorry about him and Tessa. Noah tells his sister if she still wants Tessa, she’s all hers.

At the penthouse, Nick tells Chelsea the money came up clean, and as Adam’s next of kin, it goes to her. With a faraway look in her eye, she says they’ll put it in the bank for the kids’ future. She’ll also donate to Nick and Nikki’s charitable cause. Nick thinks that’s hot.

More: February sweeps for all soaps

Victoria arrives at home and rants to JT about Victor hiring Ashley, calling it a ‘slap in the face’. JT thinks Ashley will want Vikki’s job and chews about Victor manipulating his kids like chess pieces. The doorbell rings – it’s Victor. JT heads upstairs. Victoria confronts Victor about pulling something every time she begins to trust him. Victor assures Victoria she’s being groomed to take over Newman. Victoria says he can make Ashley happy, she’s going to check on Abby’s progress in Paris. Later, Vikki fills JT in; she thinks it’s a good idea to put an ocean between her and the ‘wicked witch’. JT isn’t happy about her leaving again, but kisses her.

At Newman, Ashley phones Abby to update her and laughs that she’ll need a strong ally.

At Crimson Lights, Mariah worries to Sharon about Hilary selling GC Buzz. Tessa appears, so Sharon zips off. Tessa presumes Mariah got what she wanted since Noah dumped her. Mariah denies it. She adds that too much bad stuff has happened and there’s no chance for them.

At Hamilton-Winters, Devon tells Hilary how proud he is of her re-branding the show. Hilary reveals she’s had larger offers than his. Devon’s budget is stretched to the max, but offers something others can’t – he’ll keep her staff and wants to help her achieve her dreams. Devon can see she wants to work with him and asks, “So what do you say, are we going to get the band back together or not?” 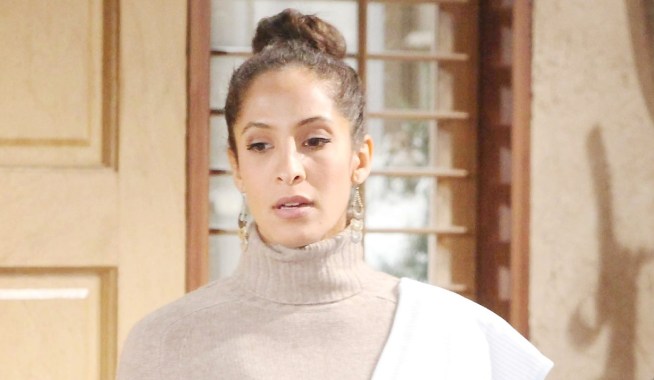 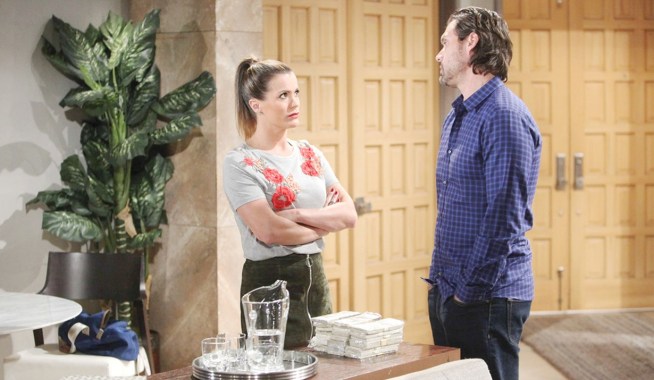