Victor Makes Ashley the Offer of a Lifetime at Newman Enterprises 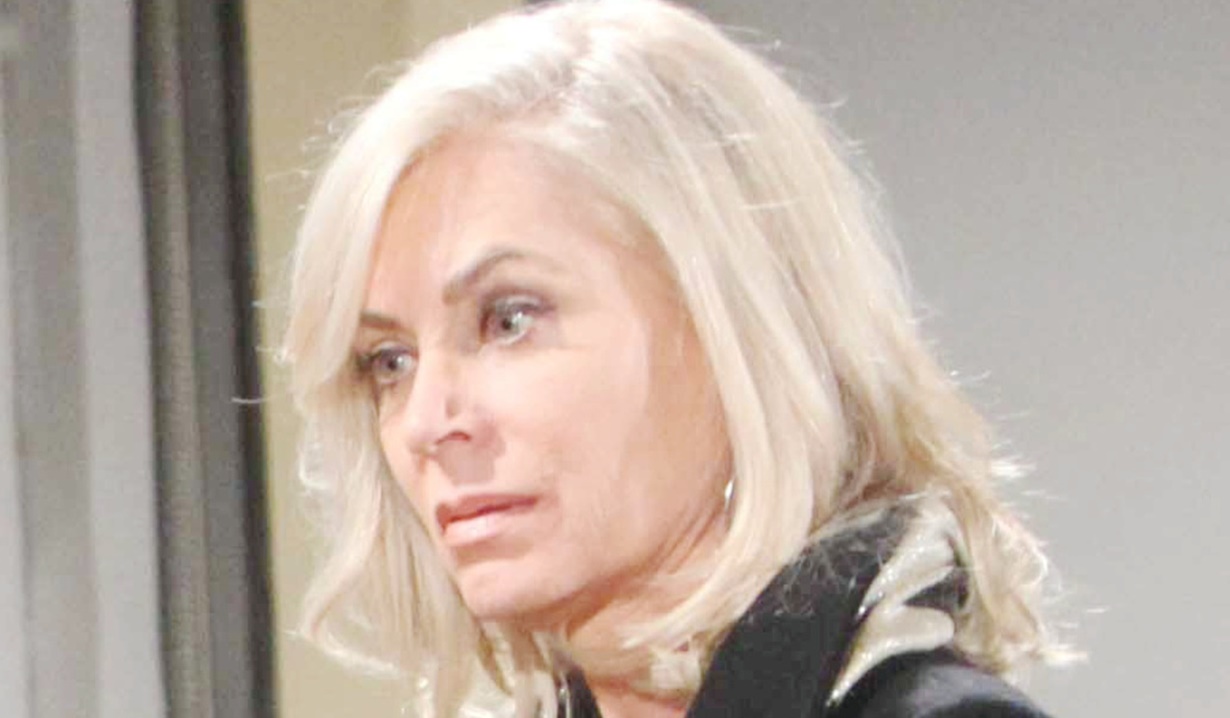 At the hospital, JT swallows a pill.

At the Club, Victoria approaches Nikki and Nick, who learns JT moved in with his sister. Vikki mentions JT was supposed to meet her and texts him. Talk turns to the homeless shelter until Nikki leaves. Up at Hamilton-Winters, Devon informs Tessa that he won’t be releasing her song and is cutting her from the label. Tessa learns he read Mariah’s journal, but pleads to keep her job. Devon decides to let her stay on in another capacity for the paycheck, but warns one more mistake and she’s gone.

At the hospital, JT notes Victoria’s message, but doesn’t respond. Later, Nikki arrives and questions JT as to why he’s there. JT assures her he’s fine and takes off. Nikki phones Victoria. Noah arrives at Sharon’s place to confront Mariah about hitting on his girlfriend in San Francisco. He accuses her of not caring about him and lying to him for months. Mariah tearfully recounts how guilty she felt. Noah calls her out for being honest with Devon, but not with him. Mariah hollers that Tessa only wanted him. Sharon enters, and Noah explains the shouting is because his sister made a play for his girlfriend. He realizes Sharon already knew, and gets more resentful. Sharon points out that Tessa is the most to blame in all of this. After, Mariah tells Sharon that Noah is right to hate her. Sharon clucks, “Just give him some time.”

At the Abbott house, Ashley and Jack snark at each other. Traci arrives and reports that Dina was at peace to be in Paris, and Abby loves the city. She asks what she’s missed. Ashley chirps that she didn’t miss much, really, just the end of her career at Jabot and the end of her relationship with Jack. Jack grumbles about her wounded pride and bickering ensues as Traci pleads with them to stop and becomes emotional about them tearing the family apart when they are losing their mother. After a time, Ashley’s lawyer Tony arrives and they inform Jack he’s helping Ash set up her own company. They leave, and Jack complains to Traci that he didn’t want to lose Ashley as a sister or from the company. Traci counters he basically disowned her by enforcing that amendment…all the times he said her paternity didn’t matter now seem like a lie.

At the penthouse, Nick is speechless after Noah’s life update. Noah marvels about the daily secret-keeping. Nick urges him to get some answers before throwing something good away.

At the Club, Ashley and Tony meet with Devon about a potential partnership. Ash and Devon move to his office, and Victor approaches her lawyer, who reveals Ashley’s new venture and suggests he put in a bid. Vic phones Nikki – he needs her to meet him and to put aside her loyalty to Jack. When Ashley reappears, Victor intercepts her to invite her for a meal. At the bar, Jack joins Nick. He muses that Ashley sees him the way Nick sees Victor. Nick assures Jack he’s not like Victor, but Abbott’s not so sure. Up at Hamilton-Winters, Noah informs Tessa he read Mariah’s journal. Tessa pleads that she wants to be with him, despite always confiding in Mariah. Noah thinks she wants him for his money and notes she doesn’t trust him. “We’re done.” JT arrives home to Victoria inquiring as to why he was at the hospital. He admits he was there to see a doctor about his heart, which never recovered completely after he was electrocuted. When Victoria learns he’s taking medication she suggests it may be affecting his mood. She wants to call around for opinions, but JT literally sweeps her off her feet. He explains the pills keep him healthy, and he has limitations, but if he’s a jerk, that’s on him.

At Top of the Tower, Nikki and Victor quiz Ashley about the tension between her and Jack. She’s not interested in the fishing expedition, but reveals she’s starting a new business venture. Vic muses how difficult it is to launch a start-up. Nikki suggests she come over to Newman instead. Victor offers to create a new position – Chief Innovation Officer – and Ashley would answer only to him. Ash thinks he wants to stick it to Jack and wonders if Nikki is okay with her and Victor working together. Nikki assures her she’s fine with it. Victor interjects that it’s the opportunity of a lifetime, and asks, “So what do you think?”

Noah Walks Out on Mariah After...