Jack and Ashley Face Arbitration While Hilary Sees a Doctor 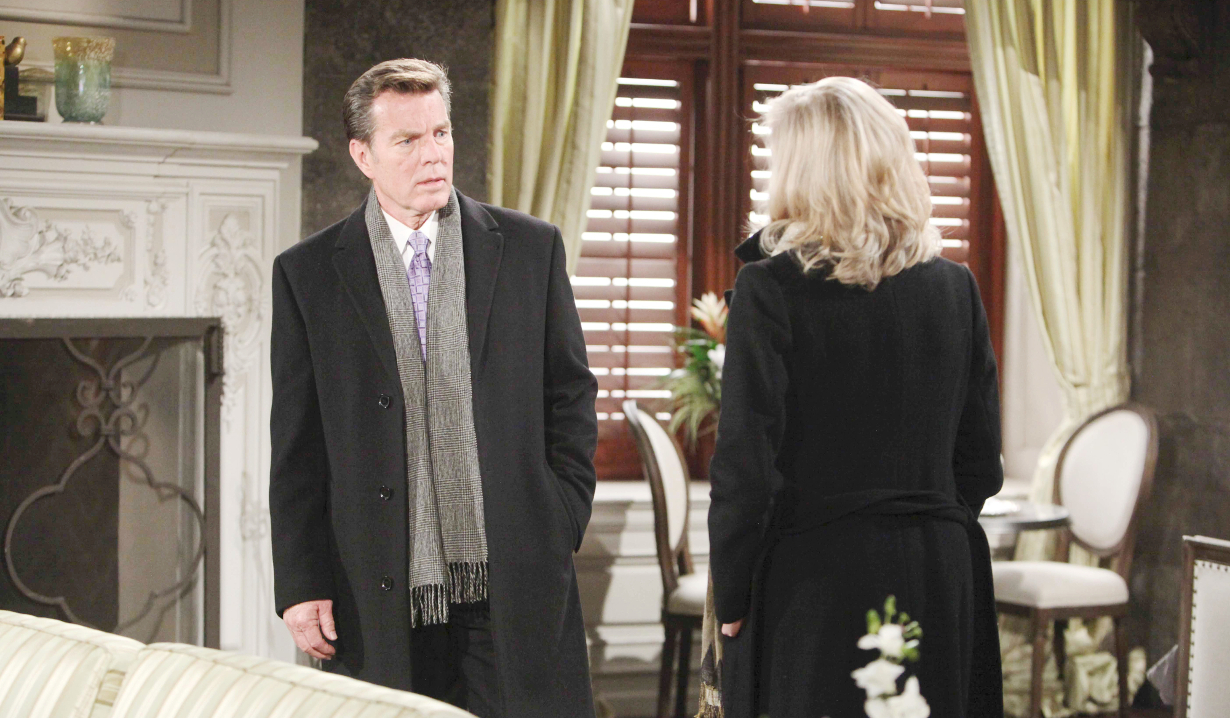 At the Abbott house, Jack and Michael talk strategy for the arbitration. They find Ashley and her lawyer, Tony, at the table. She’s glad they’re bringing the matter to an end today. Jack and Michael head to the other room where the lawyer urges Jack to be prepared for Tony to come after him.

Hilary is in Dr. Chasen’s office. She tells the doctor she wants to have a baby. They discuss her options. Hilary still isn’t totally sure, but she wants to know what’s possible. Chasen tells her about freezing eggs and sperm selection.

Chelsea is in her shower when the water stops. She shouts for Nick and he jogs in. He explains that he’s been adjusting the plumbing. When he makes some adjustments, it starts running again and he gets soaked. They have sex in the shower and then discuss their plans for the day. He plans to do most of the renovating in the building himself. Nick accidentally breaks her perfume bottle. She’s upset and explains that it’s been discontinued. He apologizes and runs off. Jack and Michael get to the Jabot boardroom. The lawyer tries to keep him calm. Ashley, Tony and the arbitrator arrive. Ashley explains what’s happened and how close she was to John. Jack claims his sister is acting like she has something to prove. Tony begins questioning him and gets him to admit that he didn’t approach Ashley before making the amendment. As Tony pushes further, Jack soon gets annoyed. Michael takes over and grills Ash about her relationship with her mother. Ash gets annoyed. The topic changes back to the amendment. Jack insists it wasn’t directed at his sister and explains the strained relationship between Dina and her daughter. He doesn’t think that Ashley will ever forgive their mother and has turned her back on her. Jack accuses her of having a personal vendetta against the family. This outrages her. The clients consult with their lawyers and Ashley hates how ugly this has become. The arbitrator announces she will have to think the case over and offer her judgment tomorrow. Devon finds Hilary looking at a website at the club’s bar. He assumes it’s a dating website. She’s looking for a sperm donor. He asks about what kind of male role model the child will have. Hilary says she’ll find someone someday and starts bragging that someone wants to buy her company. They discuss the importance of legacies and she suggests he find someone to have a baby with. He apologizes if he overstepped and suggests she sell her company to his. She’ll think about it. Chelsea arrives at Crimson Lights and complains to Sharon about her hard day. She explains that the perfume that broke was a gift from Adam. Sharon assures her that she doesn’t need to share her memories with Nick. They discuss how different Nick and Adam are. Sharon wonders if she wishes Nick were more like his brother. Chelsea won’t say that. Her feelings for Adam just never went away. The blonde talks about how dangerous Adam could be, but also how committed he was. Chelsea admits that she’s stayed in the penthouse because Adam lived there. Sharon reminds her that she still has his son. Chelsea tells her how lucky she is to have a solid guy like Nick.

When Chelsea gets home, Nick is working on more renovations. He pulls out a bottle of the perfume she lost and promises there is more on the way. She’s touched.

Lily struggles to connect with Sam.

Mariah Threatens to Sue Devon If He...

Noah Walks Out on Mariah After...