Jack and Ashley Say an Emotional Goodbye to Dina

Monday January 22, 2018: Abby makes a surprising suggestion, Billy learns JT’s moving in with Victoria, and Devon is caught between Mariah and Tessa. 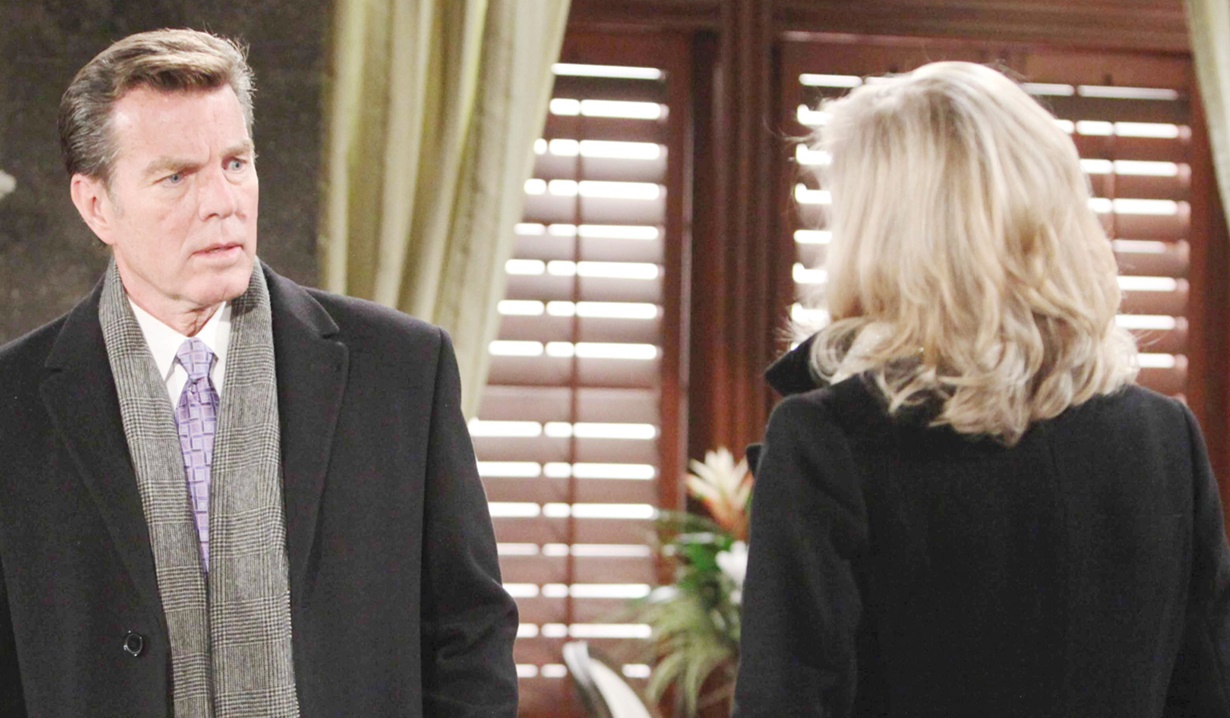 Billy finds Phyllis at Jabot and kisses her. She reveals Jack’s at home, so he closes the door and suggests they put the office to good use. They raid Jack’s private pantry and Billy laughs that they’ll accuse Gloria of plundering the secret stash. Since it’s time to hire a car to pick up the kids, they grab their champagne and head for the elevator. Billy notes they have 27 minutes.

At home, Victoria’s doorbell rings – it’s JT. She asks why he didn’t use his key. He wanted to see her beautiful face when she opened the door. He brings his bags inside and they start kissing. Victoria reminds him Billy is dropping off the kids soon, and talk turns to what to tell them about JT moving in. The doorbell rings and Victoria urges him to follow her lead. Billy and Phyllis follow Johnny and Katie inside, and Billy spots JT’s bags. He asks, “Are you moving in?” then wonders when Victoria was going to tell him. They whisper argue for a second before Victoria takes the kids upstairs. Billy reminds JT the two of them are a disaster together. JT thinks he’s being hypocritical. Billy doesn’t want Vikki or the kids to get hurt. Elsewhere, Victoria implies to Phyllis that Billy’s jealous, and Phyllis insists she’s happy for her and JT. Vikki then pulls Billy aside to debate. Billy respects her, but questions her judgement. Victoria hasn’t felt this good, or this sure about anything in years. Billy wishes her the best. After, Victoria melts into JT’s arms – everything is okay now.

At the Abbott abode, Ashley and Traci report to Jack that Dina just keeps sitting there, and she still hasn’t mentioned Graham. Jack sits with Dina, who asks ‘John’ why he’s there – they’re divorced and she was supposed to go on a cruise with Brent. Dina gets confused and calls the nurse (Traci) to take her upstairs. Jack updates Ashley that the legal issues surrounding Graham have been settled, as Dina calls out, “Graham, where are you?” Traci listens as Jack and Ashley debate about what to tell Dina. Traci interrupts to say it’s pointless – whatever they tell her, she’ll forget it anyway. Jack gets on a video call with Abby, and Dina enters, enthusing over her granddaughter being in Paris. Abby suggests Dina join her, and they can stay at her house together. Dina heads upstairs squealing in delight, while Abby works to convince the others. Traci offers to travel with Dina to Paris, but Jack’s worried their mother won’t know them when she returns. After, Dina asks ‘John’ to help with her bags, and apologizes for the pain she’s caused him and the children. Jack says, “I’ll miss you.” Dina insists the world will bring them together again when the time’s right. Jack agrees to let her go, but emotionally tells Ashley it’s not permanent. Ashley shares a tearful farewell with Dina, then watches with Jack as she and Traci depart. Later, Jack and Ashley call Michael to move forward with the arbitration regarding Jabot – decisions have to be made about the company and family once and for all. In Devon’s office, he confronts Tessa about Mariah’s accusations. Noah appears; he’d also like to know if it’s true. Tessa protests that she wrote the lyrics herself and insists she didn’t steal. Devon isn’t convinced, and asks Noah to give them a moment. Devon then agrees to have Tessa’s back after she guarantees him she didn’t commit theft.

At GC Buzz, Hilary informs Mariah that the ratings are through the roof – she should go after guests more often. Mariah hisses that they’ve never had a guest who plagiarized her journal before, and warns Hilary to pull the segment off their site or she’ll sue. Hilary’s unfazed. Talk turns to who Mariah wrote about, and Mariah assures Hilary, “There’s no guy. Trust me.” Later, Devon arrives looking to clear up the misunderstanding. He accuses Mariah of exaggerating, and she asks if Tessa told him about the journal, and explains. Devon wants to look at it, but Mariah insists the entries are private and gets furious that Devon won’t trust her word and is more concerned with his profits. After, Hilary asks Devon to stay for takeout and is surprised to realize he’s siding with Tessa. Stressed, Devon tells Mariah he wants to make things right. Mariah asks him not to release the song and delete the file.

At the Club, Noah assures Tessa he believes her. At the bar, Billy informs Phyllis he believes Victoria is making a mistake.

At Victoria’s house, in a moment alone, JT opens a prescription bottle and washes down his medication with his glass of wine.

Hilary is set up on a date by Phyllis. 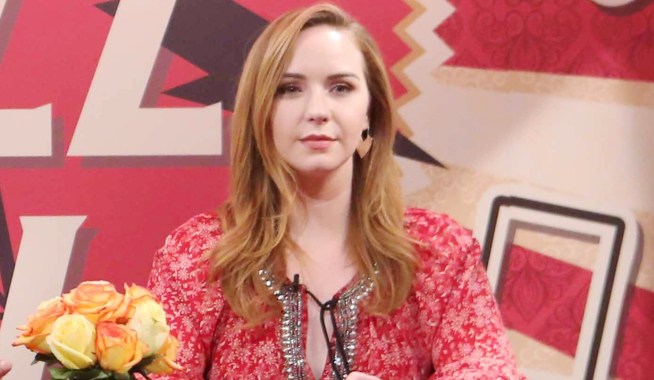 Mariah Goes Ballistic on Tessa Live on the Hilary Hour 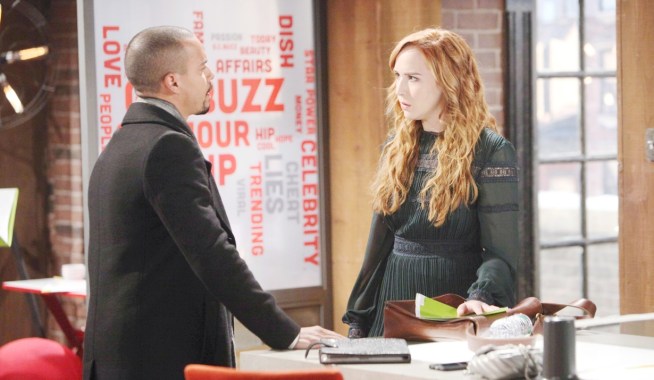