Mariah Goes Ballistic on Tessa Live on the Hilary Hour

Friday January 19, 2018: Victoria and JT move fast, Cane and Lily have news for the twins, and Hilary makes Devon a proposition. 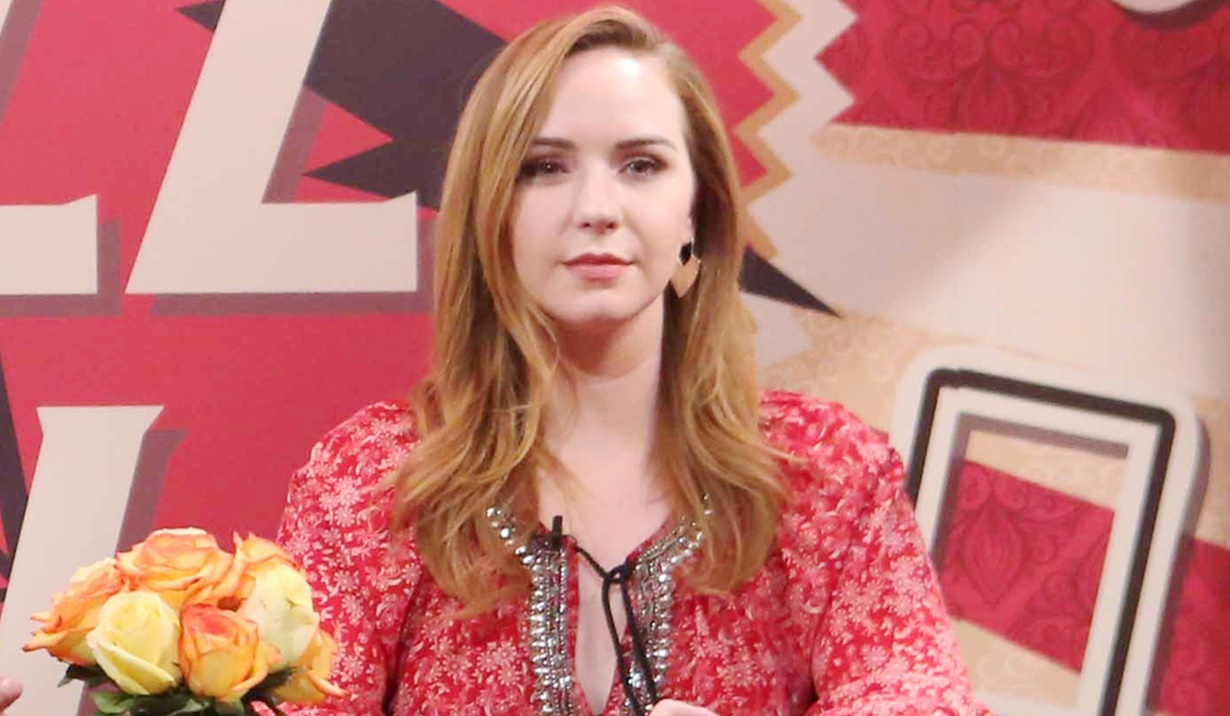 Mariah arrives at GC Buzz where Hilary declares she wants to do a show on mothers. Mariah asks if she’s seen her journal. Hilary doubts her diary would be interesting and they compare notes on being single. Mariah wonders about Hilary’s new interest in motherhood and is relieved to hear she’s not pregnant since she’s not maternal. Hilary thinks she’s projecting, and Mariah concedes she could be.

In the studio, Tessa records her new song. Devon wants to get it streaming as soon as possible. He thanks her for coming up with a quality song so fast. Once alone, Tessa pulls Mariah’s journal out of her bag and looks guilty. Devon reappears and asks her what she was thinking about when she wrote the song. Tessa blurts it just came to her.

At home, Cane can’t wait to tell the kids he and Lily are back together. He’s anxious to bring Sam there. Lily suggests they turn the spare room into a nursery, and agrees to Sam sleeping with them until the remodeling’s done. Once alone, Lily phones someone – she needs their help.

At home, Victoria is listening to Abby talk business on a video call when JT texts – he can’t stop thinking about her. They text back and forth until Abby becomes exasperated and vows she’ll find out what Vikki’s hiding soon enough. When JT arrives, he wonders if they should do it on the table, but she admits she’s not comfortable sneaking around. JT shrugs that he’s fine with going public with this and suggests they enjoy the do-over and see where it goes. Vikki’s feels they need to figure out what it is before sharing. JT takes a call from Cane warning he may not be able to stay at the Chancellor mansion since he’s moving back with Lily. He disconnects and Victoria presses the issue of their relationship. She’d like it to go someplace good – would he like that too? JT admits he’d like it to become serious too, but didn’t want to scare her off. He wants to be there for her and the kids in every way, and when they discuss their prior break-up, says he doesn’t believe they’re destined to repeat their mistakes. Victoria pulls him toward her for a kiss after he calls her fearless. JT has to look for a home. Vikki gets a key and advises if he’s looking for a home, it’s there. “Move in with me.”

Lily meets Devon at the Club and reveals she and Cane have reunited. Devon says she doesn’t look happy. Lily just hopes she’s up for raising Sam. Devon thinks it will be fine. Lily admits her fears are coming back, though she doesn’t want to hurt Cane. After, Devon runs into Hilary, who learns Cane is moving back in with Lily. He talks about Tessa’s new song, and she offers to debut it on The Hilary Hour. Devon has bigger plans for it, but Hilary reminds him he owes her. Devon agrees but says Tessa will only perform, not give an interview. Hilary smiles. “Deal.” In his office, Devon updates Tessa that she’ll perform on Hilary’s show. She panics. Devon insists she do the appearance. At the Ashby house, Charlie embraces his father excitedly upon learning he’s moved home. Mattie is okay with it, if it’s what they both want. Lily looks at the floor, but soon she joins in talk about Paris. Cane heads out to get Sam. In a moment alone, Mattie tells Lily she still doesn’t trust her dad. Lily explains she can’t be too guarded for love; there will always be disappointments. They hug. When Cane returns with the baby, Lily seems uneasy, but eventually she holds Sam and smiles.

Hilary greets Devon and Tessa at GC Buzz. Mariah appears and learns Tessa will perform a new song. Hil urges Mariah to take notes on the tune, but Tessa’s cagey and says the song will speak for itself. Tessa drops Mariah’s journal under the table. Nearby, Hilary reiterates to Devon that she’s pleased about Lily and Cane and hopeful for Sam’s happiness. Mariah finds her journal where Tessa was sitting, but can’t question her as the show goes live. Tessa performs ‘How Could a Lie Feel So True?’ and Mariah leaps up and screams, “You thieving bitch!” She accuses Tessa of stealing the words from her journal and hope she burns in hell for it!

Jack and Ashley Say an Emotional...