Wednesday January 17, 2018: Cane finally connects with Lily, Abby receives a surprise visitor, and Tessa goes to extremes to get over her writer’s block. 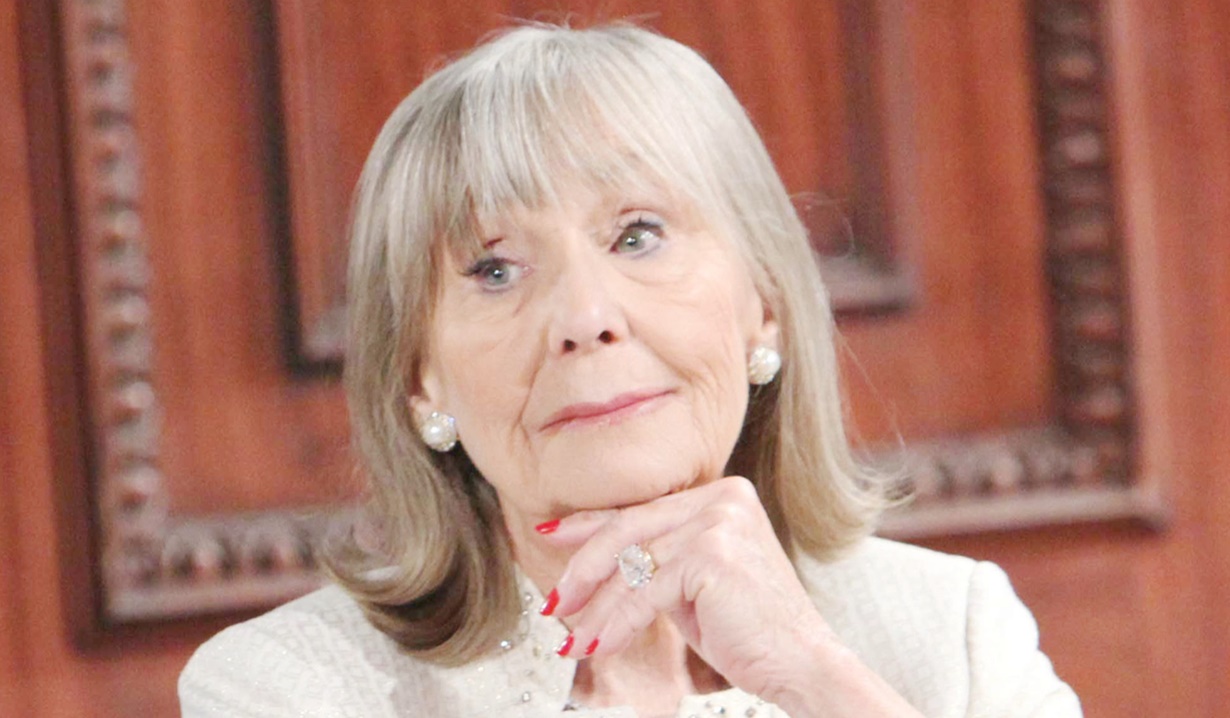 At a restaurant in Paris, Abby tells Lily her photos were perfect so they’re all finished.

In his hotel room, Cane tells Devon by phone he’s been unable to connect with Lily. After, Cane runs into Abby in the corridor. They step into his room after she says Lily decided to leave. Cane calls Lily, but she cuts out. Cane rushes out to the airport. Meanwhile, Abby exits Cane’s room and is stunned to see Scott, who wants to talk. Abby declares if they’re going to do this, she needs more champagne.

In the Parisian restaurant, Scott and Abby rehash what happened between them. He reveals he tried to avoid working at Newman for her sake, but Victoria said no, so he quit. Scott shrugs that the TV station in still interested in him. Abby has a better idea. She phones Victor, then informs Scott her father will sell him Hashtag and let him pay over time. Abby wants him to relocate the company. Scott quips, “I’ve always loved London.” They’ll miss each other. Scott reveals he will go undercover to investigate jewel thieves in London and Paris. They joke Abby would be perfect on his arm, but then share an awkward goodbye.

At the airport in Paris, a breathless Cane finds Lily and pleads with her to stay; if she gets on the plane they’ll both regret it. In Cane’s suite, Lily is still stressed, but Cane thinks it’s simple if they want each other. He goes over his regrets and feels they have a chance to fix everything he broke. Lily warns they’d have to reconstruct their family. Cane believes Lily is the strong foundation. Lily snarks, “Right. Put it all on me.” Cane begins apologizing again, but Lily decides the time for talking is done. She pulls him into a passionate kiss.

At Jabot, Michael relays to Jack there’s enough evidence to prove Graham’s marriage to Dina is invalid and revoke his medical power-of-attorney. Jack’s frustrated they must wait two days before a hearing. Michael’s optimistic. Elsewhere, Paul updates Ashley that a bag of chemicals found in the trash at Chancellor Park had Jabot labels. They need to figure out which ones were kept, which is key to finding the culprit. Ashley narrows it down, but it only leaves them more puzzled as it’s a compound used to make fragrance.

In their Club suite, Dina gets upset when Graham puts a ring on her finger and mentions they’re married. She protests that John Abbott is her husband. Graham informs her John’s dead, and adds, “Get used to it. I’m all you have now, Dina.” Dina sneaks to the phone, calls Jack, and pleads with him to assure her that John’s all right. Graham hangs up the phone. He says he promised to take care of her the rest of her life, and never breaks promises.

At Crimson Lights, Sharon spots Tessa sitting with Noah, who steps away to take a call. Sharon tells Tessa she invited her to the party in hopes she and Mariah would get their friendship back on track. Devon interrupts and informs Tessa it’s time for her to step her game up and earn the big break he’s given her. She wonders if he’s thinking about dropping her. Devon’s honest – she needs another hit. Later, Noah’s frustrated as Tessa scrambles to write a hit and remarks on the tension between her and Mariah. Mariah has a terse word with Tessa before going to journal on the patio. Tessa marvels, “You write?” Later, when Mariah steps into the back with Sharon and Noah, Tessa steals her journal.

Jack arrives at Dina’s Club suite and intimidates Graham to get in. Dina’s thrilled and relieved to see ‘John’. Graham hisses, “That’s not John, that’s Jack, your son.” Jack pulls Graham aside to warn him not to contradict her when she’s confused, then informs him it’s all over in two days. “Game over.” At the door, Graham warns Jack he won’t give up. Jack hopes he saved his pennies; he’s going to need them.

Back at Jabot, Ash and Jack discuss the missing compound – if it were drank or injected it could kill someone. Ash recalls Graham had a syringe. They rush out. In the Club suite, Graham urges Dina to lie down and take a nice, long rest. Graham kneels beside her with the syringe and talks about a quick, painless end. Dina awakens, they struggle, and the syringe ends up stuck in Graham’s arm.

Cane and Lily look back over time.

Victor Walks in on Victoria and...