Graham’s Smug After Ashley Falls Into His Trap

Monday January 15, 2018: Nick’s concerned about Sharon’s actions, Cane makes arrangements to go to Paris, and Nikki is stunned to see a familiar face. 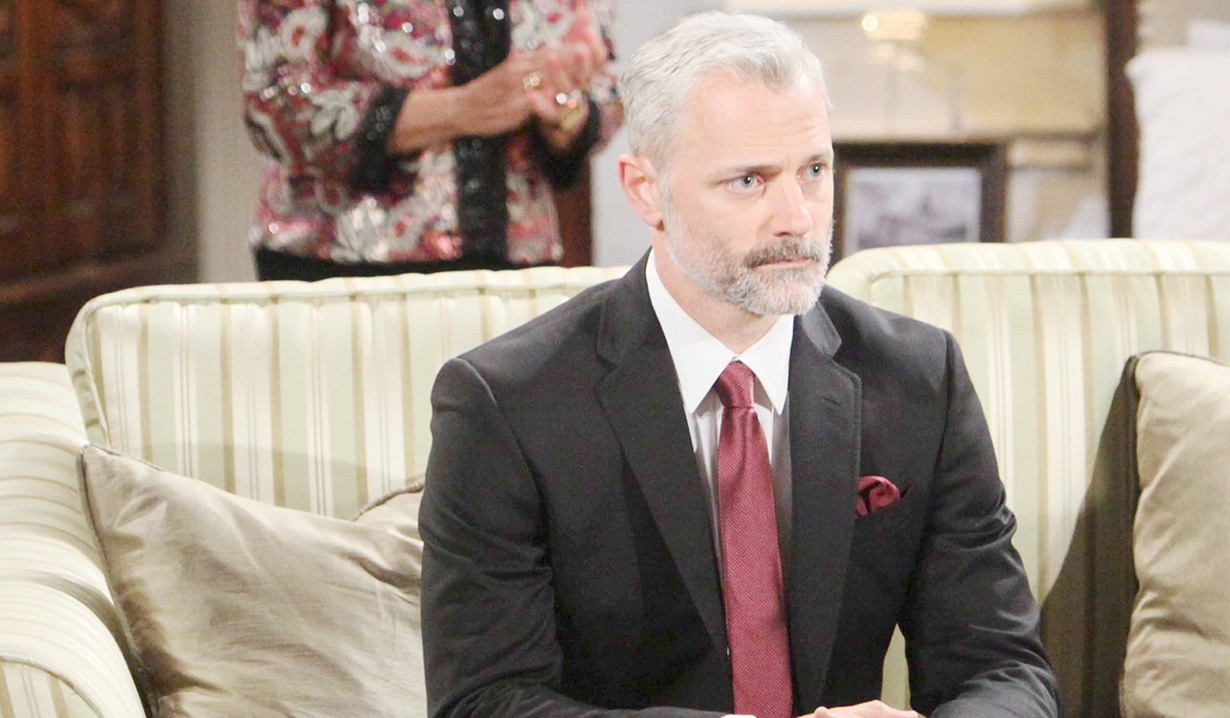 At Crimson Lights, Ashley learns Paul doesn’t have any new information on the break-in. Ashley hasn’t figured out which chemicals are gone since they weren’t catalogued yet. She wants the culprit locked up.

In their Club suite, Dina asks Graham what he’s doing with all the drugs. Graham suggests a walk, and brings the bag of vials along. In the dining room, Nikki updates Victoria on Reed, and Vikki warns her mother about taking issue with how she raises her son again. Nikki apologizes that things got so intense, and asks what, or who, put the smile on Victoria’s face. Vikki laughs about Johnny and Katie being at Phyllis and Billy’s, before talk turns to JT. Vikki shares they’re more in sync than she ever thought they’d be.

Nick arrives at Sharon’s place to pick up Faith for school and greets Mariah. He’s surprised to see Kathy and her kids appear. Nick pulls Sharon aside to complain she’s putting Faith and Mariah at risk. Sharon insists Kathy’s harmless and offers for Faith to stay with him and Chelsea for a few days. Nick looks concerned as she rants that she can’t abandon a fellow mom in crisis.

At the Chancellor mansion, Cane has something shocking to tell Billy and JT – he’s going to Paris and plans to leave Billy in charge of Chancellor. Billy goes to rustle up a celebratory omelet, and Cane asks JT to keep an eye on Billy. In a moment alone, Billy senses JT got lucky last night and wants details. “Spill it.” Cane reappears, along with the twins. Billy leaves for the office, and Cane tells the twins he’s going away and leaving them with JT. Mattie deduces her father’s going to Paris, and feels it’s a disaster in the making. Charlie’s irritated. Cane shares that he believes Lily’s open to reconciling. Mattie’s scared people will get hurt again. After, Cane says goodbye to Sam and the twins see him off.

At the park, Graham is about to dump the bag of vials in the trash when Nick appears. He introduces himself to Dina, who doesn’t know him, then notices Graham snatch the bag away from Dina. Graham explains they’re medications. Nick suggests he make sure she takes them; if she hurts his family again, they’ll have an issue. After Nick goes, Graham tosses the bag in the trash. Mariah encounters Tessa at the coffeehouse and learns she’s having trouble writing lyrics. Tessa misses bouncing ideas off her. They chat, and Tessa tells Mariah she looked good on her last segment on The Hilary Hour. Mariah rushes off. On the patio, Ashley takes a call from Graham inviting her to the Club to spend time with Dina. She dubs it a phony maneuver, but agrees to come. Later, Nikki’s upset when Nick tells her about Sharon taking in homeless people and leaves to straighten her out.

At Newman, JT asks Victoria, “What was that last night?” Victoria doesn’t know, but they agree it left leave unable to form words. Neither of them told anyone, and both feel nothing could compare to last night. They decide to move on and take it for what it was before having sex on the desk.

Ashley arrives in Dina’s suite and learns she believes Graham is taking her on a cruise. Graham explains he’s not and her belief he’s a pharmaceutical salesman is also a delusion from the Alzheimer’s. Next, Dina thinks Ashley is from housekeeping. Graham wipes away a tear as Ash looks skeptical. They sit down to eat, and Graham asks Ashley to reach into the mini-fridge for his hypodermic needle and insulin – he’s diabetic. Ash does so, then he decides it was a mistake; she can put them back. Graham grins to himself as she places them back inside, leaving her fingerprints on them. Graham insists he has altruistic intentions where Dina’s concerned, but Ashley isn’t buying it. She feels the only part of his vows he meant were ‘until death do us part’, and warns him to adjust his expectations. Graham calls her a selfish little bitch as she vows her family will win. Ash snarks there’s only one selfish little bitch here and she’s looking at him. Once alone, Graham places they hypodermic needle in a baggie.

At Sharon’s house, she senses Mariah’s in a mood. Mariah rambles on about messing up everything in her life, observing that ‘adulting’ is hard. Sharon’s happy to hear she’s journaling and assures her she’s going places. Later, Nikki arrives and is surprised when Kathy opens the door. Nikki assures her she won’t press any charges from their encounter at Christmas and tells her she was lucky to be taken in someplace special. Mariah and Sharon appear. When Mariah and Kathy go to the kitchen, Nikki embraces Sharon, who is amazed when calls her a guardian angel. Nikki muses she may be up for a new challenge.

Victor Walks in on Victoria and...