Friday January 12, 2018: Cane takes Billy’s advice, Ashley’s infuriated over the lab break-in, and Reed gets much more than he bargained for after leaving home. 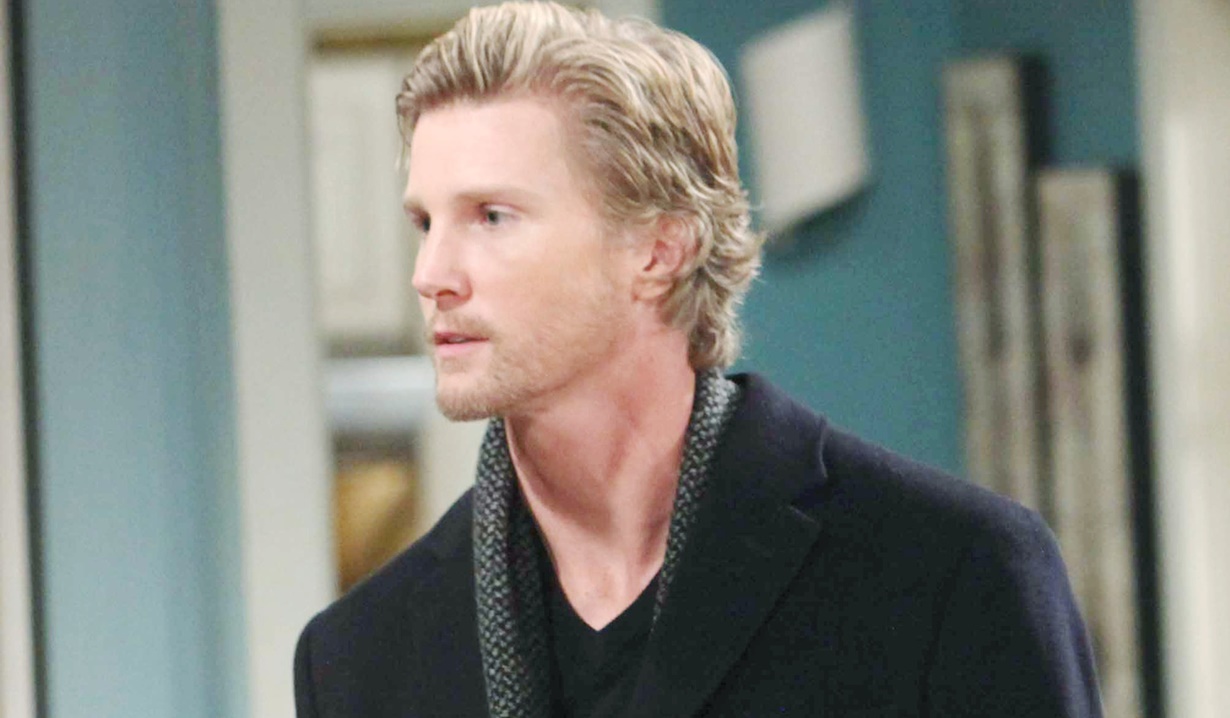 Ashley arrives at the Jabot lab to find it in disarray following the break-in the night before. Paul arrives and thinks someone figured out a way to break in without triggering the alarm. Ash agrees to figure out which chemicals are missing and think about motive.

At Victoria’s house, she discovers Reed is missing in the morning. She phones JT, who comes over and gets on the computer. He says Reed’s not in jail, and Victoria wants to call the police to report him missing. JT clucks that the kid is falling apart.

At Billy and Phyllis’ place, she’s frazzled from having Johnny and Katie for a few days and Billy plants kisses on her. The doorbell rings. Reed storms in, and says, “I need a place to crash.” Billy tries to assure the kid that Victoria won’t send him to boarding school, but Reed can’t deal with his mother anymore. Phyllis and Billy realize he hasn’t let Victoria know he spent the night at his friend’s place. Billy phones her and she puts him on speaker so JT can hear. Billy reveals they shouldn’t come get him now – he overheard her talking about boarding school. Victoria agrees to let Reed stay there for one night. After, Phyllis recounts how Reed’s face fell when Billy stated ‘one night only’ and Billy jokes he’s become his dad. Cane shows up and can’t believe Billy forgot – they have a meeting. Reed appears and Cane chews at him about Mattie. Billy urges Cane to take the meeting without him, but Cane grudgingly reveals the client wants to deal with Jill’s son.

Back at Victoria’s house, she and JT commiserate about the situation with Reed. She has to get to work, but JT thinks they should both take a personal day. Vikki reminds him she’s the CEO and can’t unwind, but JT convinces her as she sighs at how well he knows her. Talk turns back to Reed. Vikki hopes he won’t give up on his music. JT agrees, and the conversation turns to them being glad they’re getting along. Nikki arrives, spots JT, and asks if she’s interrupting. Once she’s up to speed on Reed’s antics, she spouts off that she never would have stood for such behavior. JT insists they’re letting him cool off, but Nikki doesn’t think he should get to weigh in. Victoria tries repeatedly to intervene as they holler at one another, then makes Nikki leave. Nikki vows to personally straighten Reed out as she goes. After, Victoria and JT argue and it comes out she felt he and Mac paid more attention to DJ than Reed. JT scoffs at the ‘Newman tactics’ and remarks that he was sure wrong believing things had changed. They rehash his reasons for taking Reed from her. He says she was always focused on Victor and work, but she never felt she had JT’s complete love or attention. The fight heats up when he recalls she was married to Brad when they got together, and she shoves him out the door. JT hollers for his coat so Victoria lets him in. Their eyes lock before they begin kissing passionately and undressing one another on the stairs.

Nikki arrives at Phyllis and Billy’s place hollering for Reed. When he appears, she insists he get his things and come with her or she’ll personally see to it he serves time. Reed follows her out as she snaps, “March!”

At the Club, Billy notices Cane’s distracted by texting Lily. Cane admits the idea of two gorgeous women walking around Paris bothers him. Billy suggests he up his game beyond texting and make a grand gesture. Cane smirks that he’s actually making sense, and exits yelling, “I’m going to get Lily back!” Ashley arrives and updates Billy on the lab break-in. She vows when she finds out who did this, they’ll wish they were never born. Billy learns the arbitration is back on since Jack left her no choice, and is stunned to hear the latest on Dina and Graham. Ash feels they have to get rid of that sleaze for good. In his suite, Graham lines up the toxic compounds he took from the lab and looks calculating.

At the ranch, Victor tells Reed he’s pleased about him living with them. Reed snarks he doesn’t want to go home ever. Once Reed’s eaten, Victor orders him to clean out the stables, then contact the school and get his assignments. He’ll be on a schedule and have regular chores. Reed’s floored. Victor chortles that it’s his own personal boot camp…and like any good soldier he’ll get his hair cut. Victor’s security people will bring Reed back if he leaves. Reed sloughs off, and Nikki and Victor grin at one another.

Nikki and Nick team up.