JT and Victoria Intervene As Graham Manhandles Dina at the Club

Monday January 8, 2018: Scott and Abby open up to their mothers, Cane asks Lily not to go away, and JT is served divorce papers. 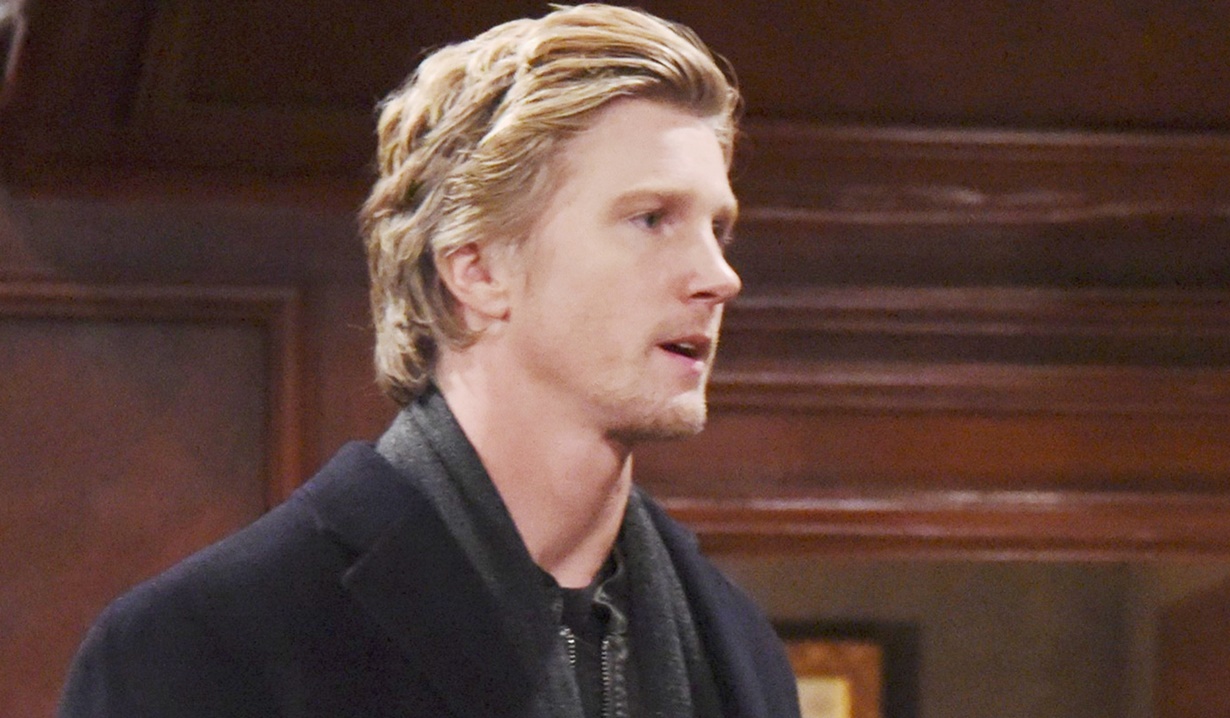 At the Chancellor mansion, JT comments to Cane on the attractive nanny. The doorbell rings and JT is served with papers. He tells Cane it’s nothing important. After, Cane senses something’s bothering JT. He sighs that Reed has a court date coming up and talks about getting on the same page with Victoria. Cane shares that he and Lily took a big step forward yesterday. At the Club, Abby raves about their upcoming trip to Paris, but realizes Lily’s distracted. Lily admits she and Cane kissed yesterday. Abby loves the romance of it all and thinks the divorce should be off.

At Newman, Victoria invites Scott into her office, where he announces he wants to work from home. Victoria nixes the idea. She knows about the scene at the Club but expects him to work with Abby. Scott threatens to not work at all. Abby and Lily arrive, and Scott goes. Victoria envies Abby and Lily for going to Paris, but Abby senses Lily may have changed her mind. Lily learns it will be longer than a week and they could be going back and forth between continents for a while. Lily can’t base decisions on the situation with Cane and says, “I’m in.” After, Abby’s surprised to see JT – she thought he’d left town. Abby tells Lily that JT hit on her, but he insists she took it the wrong way. Lily and Abby are intrigued to hear he’s been hired by Cane. After, Victoria and JT discuss Reed’s court date. Vikki hopes it will scare him straight, but JT warns he has to know his loved ones support him despite the mistake. Victoria agrees to lunch to discuss how to handle Reed.

At the Chancellor estate, Cane leaves Lily a message to stop by; he’d love to see her. Charlie arrives with his favorite toy for Sam, and relays that Lily was bubbly this morning. He thinks Cane should move back in, but his father cautions him not to pressure her. Charlie apologizes for his previous disrespect. Later, Lily arrives. She and Cane admit they never stopped loving each other. Lily wants to take things slow, and Cane wants to talk about Sam. Lily reveals she has to put it all on hold to go away. Cane agrees to have the twins there. Lily wishes she could stay, but doesn’t want to miss this opportunity. They kiss. Cane says, “Please don’t go.”

In the Abbott mansion, Michael listens as Jack, Ashley, and Traci complain about Graham. Michael warns Jack could have been arrested and confirms that Graham still has medical power-of-attorney and is still the beneficiary of Dina’s will. He can undo the power-of-attorney, but they’ll have to address the will. Graham arrives with an officer and a court order for Dina to be released into his care. Jack refuses, and Traci pleads unsuccessfully with Graham to reconsider. Traci intones, “Then you leave me no choice.” She walks upstairs. Arguing ensues until Paul arrives. Traci thanks him for coming and hopes Dina will refuse to leave. Dina appears and enthuses about Graham taking her out of that terrible place. Graham sends her for her bag as the Abbott siblings grimace. When Dina reappears, emotional goodbyes take place. Jack warns Graham they’ll fight him with everything they have. Abby arrives as Michael and the Abbotts reconvene to plan how to prove Graham is out to harm Dina. After Michael heads out, Abby updates Ashley that the scene at the Club was about her stealing Sharon’s man. Ash learns they had sex, then kissed twice. Abby insists it’s over.

At the Club, Dina’s disappointed to hear Graham’s not taking her on a cruise and that she’s going to a ‘facility’ where he will visit. She becomes more flustered as he explains little ‘Jackie’ can’t go with them. JT and Victoria intervene as Graham grabs Dina to keep her from leaving. Graham pleads his case to JT and Victoria warns she��s calling the Abbotts. Graham takes Dina to book a suite. Vikki and JT agree Graham seemed creepy. Vikki thinks JT’s a good guy for stepping in. He smirks, “Tell that to Mac. She just served me with divorce papers.”

At Crimson Lights, Lauren’s taken aback when Scott asks her for $3 million to buy Hashtag. She guesses he wants to leave Newman because he wants Abby in his life. Scott concedes Abby’s the reason and admits they had sex, then kissed twice. Scott insists it’s over. Lauren doesn’t have the money to loan him, and advises him to make the most of ‘being stuck’.

At the Abbott mansion, the siblings marvel that Graham’s plan was to stick Dina in a nursing home. Michael got a quick hearing, and Jack and Ashley agree to Traci’s request to call a truce at Jabot to put Dina first.

Jack Knees Graham in the Groin As He...