Thursday January 4, 2018: Chelsea and Nick exchange heated words, Sharon responds to Scott’s proposal, and Ashley and Jack agree on something. 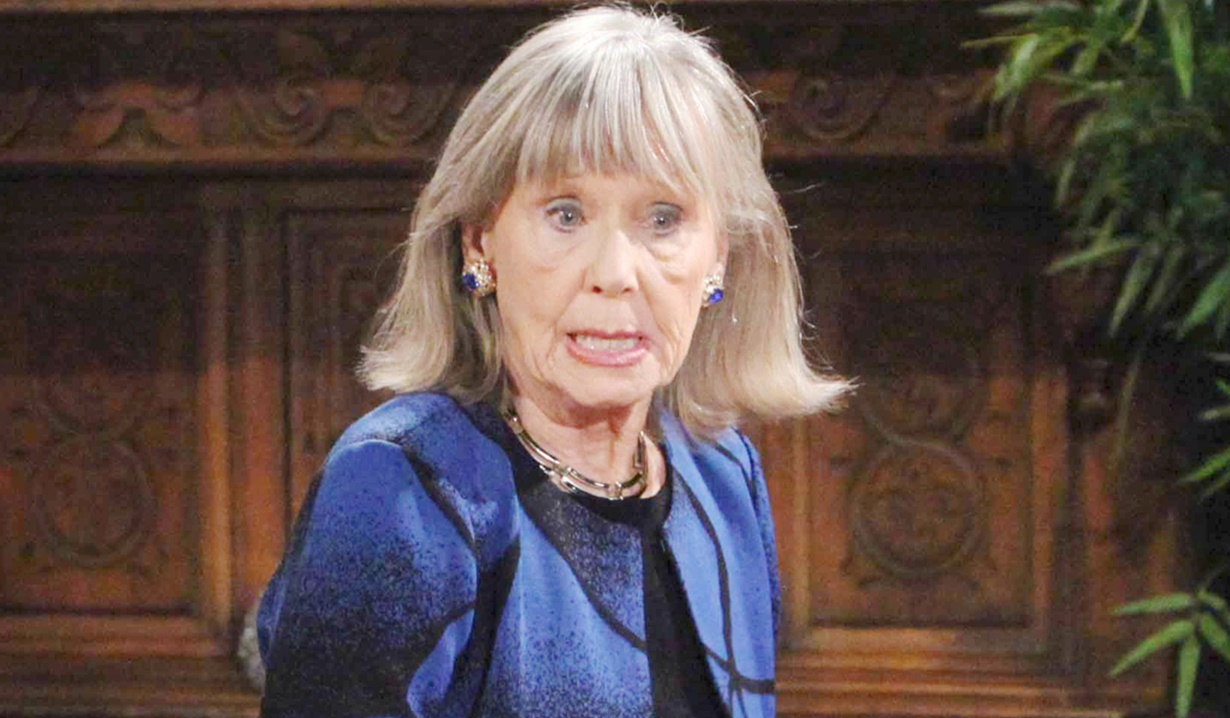 At the Club, Chelsea gives a tearful description of Christian to a woman as Lauren, Scott, Sharon, and Abby search. Nick arrives, learns the boy hasn’t been found, and is livid that Christian went missing while Abby and Sharon fought over Scott. Lauren backs up Chelsea’s claim that she was never more than five steps away. The redhead recalls when Fen went missing in a store. Chelsea hopes Christian is playing hide ‘n’ seek. After, Lauren catches up with Abby upstairs and takes her to task for her behavior – she’s certain Scott regrets ever getting involved with her. Abby scoffs that her son is the one that cheated. Scott appears and says Abby’s right. Lauren follows him downstairs, seeking answers. He protests that he was trapped, and his mother brands that a terrible excuse. Lauren takes issue with how he conducted himself. Nearby, Nick decides he’s calling the police. Paul shows up and goes off with Nick. A shaken up Sharon tells Chelsea she doesn’t know what it would do to Nick if something happened to Christian. When Nick and Paul return, no one is prepared to leave. Scott offers Sharon a ride. She’ll leave when she’s ready, and it won’t be with him. Meanwhile, Nick starts to lose it as Paul works to reassure him. He urges Nick to let his family know what’s going on. Chelsea offers to phone Victor, but Nick doesn’t want him barreling in and taking over. He accuses Chelsea of turning her back on his son to get involved in something that didn’t concern her. Chelsea protests that she told him she had a lot on her plate earlier. Nick asks if she’s saying this is his fault. They argue until Chelsea walks away. Nick follows and Chelsea knows he’s scared but they can lean on each other. Jack arrives at home and begins bickering with Ashley as someone rings the doorbell – it’s a lawyer who will represent Ashley. Michael enters and knowing the attorney’s reputation, muses that a resolution won’t be reached civilly. The lawyers argue over a past clash. Michael takes Ashley aside to warn against using the guy. Jack isn’t surprised when she says he owns half of Billy’s racehorse. Michael remarks, “Presumably the back half.” In the dining room, the lawyer commiserates with Ashley’s family issues, while in the other room, Michael warns Jack that he’s a piranha. Dina appears and refers to Jack as ‘John’ and Michael as ‘Phillip’. Jack’s curious when she asks him to bring two cups of cocoa to her room. After, Jack tells Michael his mother’s going downhill and soon won’t know what’s going on with the family. Talk returns to the legal issues and soon Ashley and her lawyer join Michael and Jack to suggest arbitration. Dina calls for Jack, who delivers her hot cocoa. She says she’s playing with ‘Jackie’ and after closing her bedroom door, Christian crawls out from behind the bed. Back downstairs, Ashley, Jack and their lawyers settle on arbitration just as Dina appears, upset about a broken cocoa cup. She wants ‘John’ to come have a talk with their boy. When Dina calls up the stairs to ‘Jackie’, Ashley and Jack are stunned to look up and see Christian.

At the Club, Nick takes a call from Jack and says it’s not a good time. Jack replies, “No, you’re going to want to hear this.”

Outside the tackhouse, Sharon dumps Scott’s clothes as he protests that he was hoping they could talk about his. He pulls an engagement ring from the pile and reveals he was planning to propose. “I still want to marry you.” Sharon drops it in the dirt and steps on it. Abby opens the door and scoffs, “Perfect.” Sharon informs her she can have Scott.

Chelsea and Nick rush into the Abbott house as Jack tries to ‘explain something’. On the sofa, Dina, sitting with Ashley, cradles the boy and balks as Nick goes to take him. She pleads with ‘John’ to do something. Jack coaxes her into handing the boy over. He and Ashley are emotional as a bewildered Dina explains she and ‘Jackie’ had a wonderful time after coming home from the Club. Afterward, Ashley and Jack agree Dina needs more help than they can give her.

At the penthouse, Chelsea cries that she’s so sorry as Nick assures her it wasn’t her fault – he didn’t mean the things he said. He just couldn’t stop thinking about Cassie, and what if he lost Christian too. Chelsea looks miserable.

Traci is taken by surprise.

Jack Knees Graham in the Groin As He...