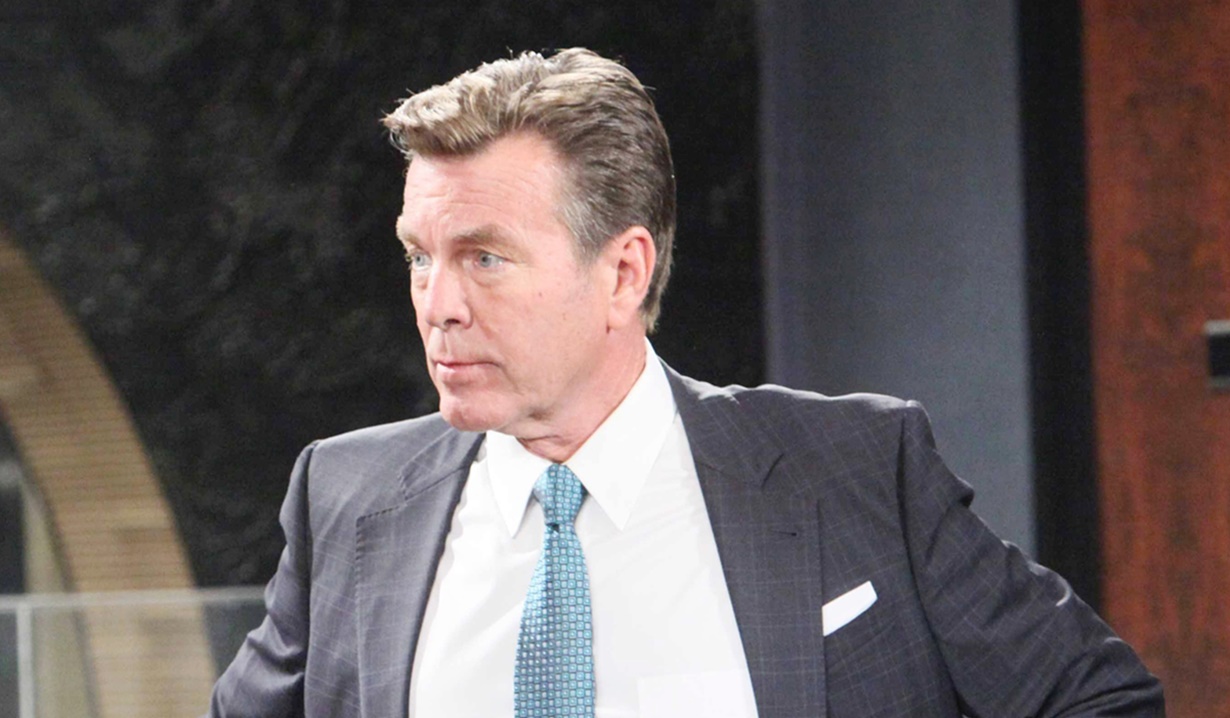 At the Abbott mansion, tension is rife between Ashley and Jack over his making an offer on Chancellor Industries behind her back. Traci chastises Ashley for calling a board meeting for a confidence vote, and notes she will wait to hear both sides before committing. Jack rants about Ashley dividing the family and asking people to take sides. Ashley argues his contention he’s doing this for the family. Dina interrupts and wants to know what’s going on. Ashley explains she’s called a meeting of the board to decide who should be in charge. Dina frets that she caused all this, so Traci leads her out and reassures her.

At Crimson Lights, Lauren and Michael talk about her ability to make ‘strong suggestions’ regarding Fenmore’s as a condition of siding with Jack.

At Jabot, Gloria reports to Jack that the board is resistant to making a change, but it could go either way. Jack decides to do some campaigning. In the corridor, Ashley and Ravi whisper about the vote – she can’t let Jack win. Ravi thinks she needs to slow down and suggests a trip to Hawaii for Christmas. Ashley can’t go. She admits regretfully that she’s been leading him on, even using him. Ravi accepts it, and may take the job offer at Newman.

At the Club, Billy stresses to Phyllis about the Jabot vote. Phyllis warns him not to abstain – his vote could shape the future of his family’s company. After, Jack and Billy discuss his offer to buy Chancellor. Jack wonders if Billy really wants Cane running it, and hints that Billy owes him. Billy agrees. Jack presses that this isn’t just a vote for him, it’s a vote for Dad. Later, Ashley reminds Billy how Jack treated him as she makes her pitch, but Billy doesn’t want to go back to his brother hating him. She says for the good of the family, they have to take the CEO title from Jack.

Jack meets Abby at Crimson Lights to try and get her vote. He reminds her he bought her the warehouse and believed in her more than anyone else. “There is always a place for you at Jabot.” After, Ashley argues to Abby that Uncle Jack is overextended and has been making bad decisions.

In the Club dining room, Lauren tells Jack she’ll support him if he bolsters financing for Fenmore’s brick and mortar stores. Jack agrees. When Lauren meets with Ashley, she’s stunned to hear Jack’s made an offer for Chancellor, but says he’s the devil she knows. Ashley promises to make Fenmore’s a top priority as CEO.

More: Festive teasers for Y&R and all soaps

At Jabot, Phyllis realizes Jack doesn’t have the support he needs yet. He admits it, and has something he needs her to do. Later, Ravi informs Ashley that he will stay on at Jabot and enjoys working for her. She heads into the boardroom and thanks everyone for coming. Ashley and Billy note Jack is late. He soon arrives and asks them to welcome their new board member – Phyllis. Gloria wheels in a chair for the new appointee, and Jack calls the meeting to order. Billy eyeballs Phyllis as Jack makes a heartfelt speech about honoring his father’s dream, and alludes to Ashley, the Innovator of the Year award-winner, doing her thing in the lab. Ashley complains about a profitable idea of hers he shot down, and his knee-jerk decision to buy Chancellor without consulting them. Ash and Jack argue about his inability to run Jabot from home and she votes ‘no confidence’. Lauren supports Jack, as does Phyllis. Abby sides with Ashley, as does Billy. Traci votes Jack stays, causing a tie. Debate ensues until Gloria enters with Kyle’s vote via courier. Jack knew he would come through! Gloria reveals Kyle voted ‘no confidence’. “You’ve been voted out, Jack!”

More: Chelsea and Nick get into the holiday spirit

At the penthouse, Nikki confesses to Nick that she embezzled money from his father’s account. Nick marvels at the amount, and surprises his mother by telling her he’s impressed. He realizes she must have had help. Nikki talks about JT heading up the investigation – there’s no way out of this. She worries it’s a felony and mutters that she doesn’t look good in orange. Just then, she gets a text from Victor summoning her to the ranch. Later, Nick hosts Michael to discuss his mother’s situation. Michael confirms she has reason to be scared.

At the ranch, Nikki’s mystified to find a romantic set-up. Victor raises a glass to her in prison, and launches into a talk about the embezzlement. Nikki congratulates him on figuring out it was her – she wanted him to know what it felt like to be violated. Vic offers to have all the charges dropped if she comes back to the ranch, and their marriage, on his terms.

Jack & Ashley Argue Over Jabot, As...