Jack and Ashley Exchange Harsh Words While Fighting Over Jabot 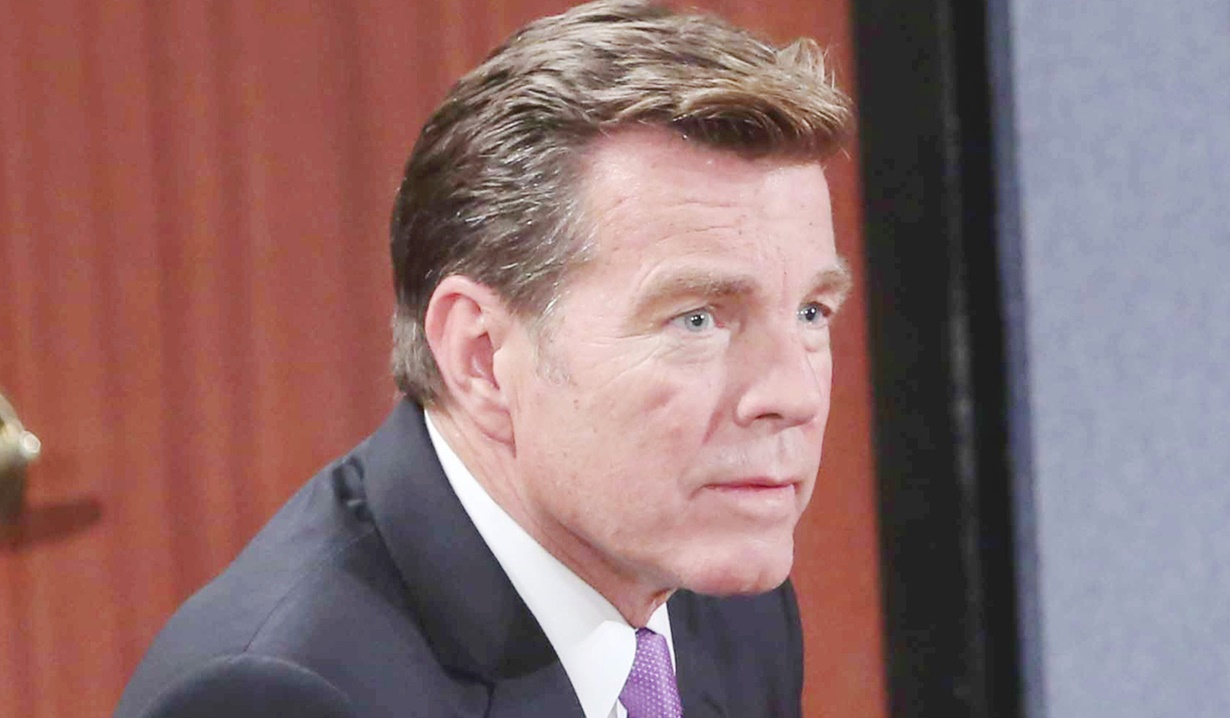 Hilary arrives at Jack’s place with a deal he cannot refuse – she’s offering promotion for Jabot and Fenmore’s products on her show in return for sponsorship.

Lily arrives at the hospital – she got Cane’s message and assumes something is wrong, but he’s smiling with the baby. Lily muses about the miracle of the child healing; she’s genuinely happy. Cane reveals Sam may be able to come home in a few weeks, and they recall bringing the twins home.

In the Newman elevator, Scott wants to talk to Abby about what happened yesterday. They launch into bickering until Scott admits that even though he’s with Sharon, he’s been wanting to have sex with Abby again. Abby wonders if it was a mistake for him to commit to Sharon. Scott has real feelings for Sharon, and notes he and Abby aren’t a match at all despite the physical attraction. He doesn’t want Sharon to find out about them.

At home, Billy has a present for Phyllis – it’s a photo of a racehorse he bought them and named ‘Philly’. Phyllis thinks it’s rash, ridiculous, pointless, and insane, which is why she loves him. They make out on the kitchen island. After sex, Phyllis laughs when Billy discloses that he only bought one end of the horse; the other end belongs to a friend with big bucks. They debate about her going to work and kiss.

At Jabot, Lauren notes Phyllis’ absence, and Gloria remarks things are falling apart around there without Jack. Ash appears and asks Gloria to get Jack on the phone, but he’s too busy.

At the Abbott mansion, Jack gets a call that there’s an intruder on the property. He hollers for Traci and Dina. They appear, and Dina announces ‘that woman’ is the intruder – she points at Hilary. Dina goes on about Hilary being a parasite. Traci drags her mother to the kitchen, while Jack apologizes for Dina’s illness amplifying her unpleasantness. He agrees to sponsor Hilary’s show but warns she’ll have to clean it up. At Jabot, Gloria takes a call from Jack, who asks her to tell Ashley that Jabot is sponsoring The Hilary Hour. Later, Hilary arrives ready to sign the paperwork, however, Ashley informs her Jabot will not be sponsoring her show. Meanwhile, Phyllis arrives to a confrontation with Lauren, who says she and Michael played hooky too, but she needs her right hand at Jabot, which has become unstable. Later, Ashley emerges from her office and sets a meeting with Lauren before ordering Gloria to get Billy and Traci in there. Ash calls Abby to come to Jabot.

Billy drops by the Abbott manse to visit with Traci before she leaves again. Jack takes a call from a furious Hilary, then chews to his siblings about Ashley. At the hospital, Cane hands Lily the baby, but she passes Sam back fairly quickly. Hilary appears. Lily leaves, and Cane asks if Hilary wants to hold Sam. She’s clearly unnerved, but is soon cuddling the baby. After, Cane jokes she can babysit. Hilary tells him she’s sorry Lily is having a hard time coping. He’s not sure things will get better.

Ashley holds a board of directors meeting at Jabot, without Jack. She announces Jack isn’t allowing her to do her job and complains about him. As she asks for complete control, Jack arrives. Traci moves they all take a break and Abby seconds it as Ashley and Jack start arguing. Jack adjourns the meeting and he and Ashley square off. She brings up Jack using their father’s legacy to punish Billy – if he were alive he’d be appalled. Jack barks, “He’s my father, not yours.” Ashley is hurt and angry. She calls him a sad shadow of the man who raised them both, and screams about his historical mistakes. Jack accuses Ashley of using Dina’s illness to advance her own agenda. He orders her out of his office and yells that Jabot will be sponsoring The Hilary Hour. In the corridor, Ash wants to know if Billy’s on her side, while Traci joins Jack, who admits things got out of hand. Traci notes they’re all on edge. They exit, and Jack asks Ashley where mother went – he left her with Gloria. Panic ensues until Glo and Dina reappear. Dina has a fistful of test tubes and was in the lab protecting John’s legacy from Gloria the spy. Ashley snarks about Jack leaving Dina, so he says she can look after their mother tomorrow. “Have fun!”

At the Club, Lily talks to Abby about the situation at the hospital, while Abby unloads about men being complicated. Lily admits she misses Cane.

At home, Billy and Phyllis agree not to argue about Jabot – they’re on each other’s side.

Nick asks Victoria, “Is this why you came back to Newman? So everyone could see you’re just as bad as he is?”

Abby tells Ashley, “The last thing I want is Scott Grainger in my face.”

Scott says to Sharon, “I at least think I saved a few actual human beings, so if you want me to be a little more like your ex, it’s not going to happen.”