Friday December 1, 2017: Chelsea reels after a visit from Victor, Abby’s employment is revisited, and Scott gets an out-of-town job offer. 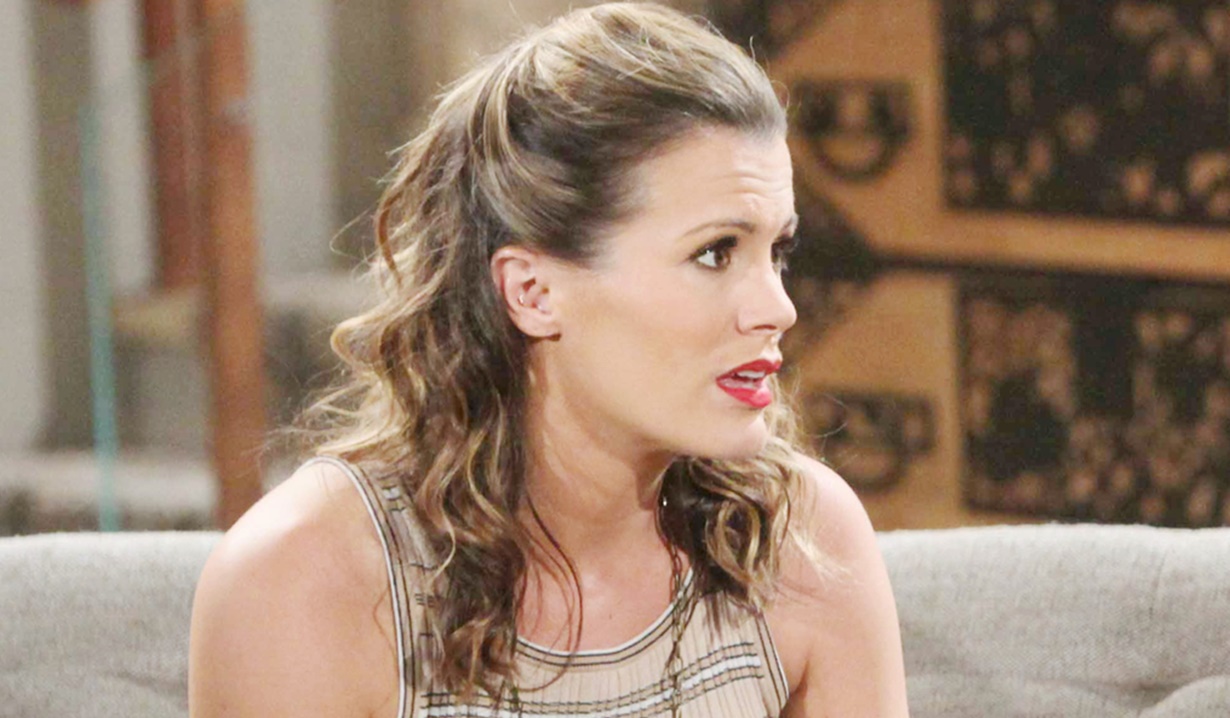 At the Club, Abby fills Lily in on her resignation. Ashley and Ravi come downstairs. Ravi goes, and Ashley joins Abby and learns of the events surrounding the press conference. Ash is irked that Victor wanted her to take the blame. Abby shrugs that nothing means more to her dad than family, until it doesn’t. Lily’s supportive, and Ashley leaves. Lily updates Abby on Cane’s son. She admits she can’t help but worry about the baby…and Cane.

At Crimson Lights, Victoria expresses condolences to Cane about Juliet, then learns of Sam’s medical plight. Cane doesn’t expect her to care, but Victoria’s genuinely concerned and tells him Reed was a preemie. Cane reflects that the situation with Reed and Mattie was put in perspective by nearly losing them. Inside, Sharon questions Scott about an interview he’s planning to do on live TV, but assures him she’s behind him.

At Newman Enterprises, Victor rants to Nikki about Abby bringing a criminal entity into the company he built. Nikki closes the door and informs him Tessa took the gun that killed Zach. Victor’s displeased. He snarks about Nikki coming to the house on Thanksgiving – did Jack Abbott cut her loose? Nikki huffs out as Ashley storms in. She demands to know, after all Abby’s been through, how Victor could push her out of a job. Victor was unaware that Victoria let her walk away and say he’ll fix it, but Ash tells him not to bother; she’d rather have Abby at Jabot. In the corridor, Nikki tells Ashley she was sorry to hear of Dina’s diagnosis. They discuss Jack’s handling of it, and Ash mentions she’s made a promise to herself not to miss out on anything because life is too short.

In the penthouse, Nick and Chelsea bicker about Christmas ornaments and the positioning of the tree. Nick produces mistletoe and reports he has serious ho ho mojo before kissing her. After, they pick cards to determine which Christmas ornaments will go. When an ornament Adam gave Chelsea comes out of the box, Nick insists they put it on the tree. Lily finds Cane at the hospital, where he reveals that Sam has to have cardiothoracic surgery. A nurse appears to get information and mistakes Lily as Sam’s mother. They set her straight and Lily volunteers to give blood. It turns out Lily’s blood is better for Sam and will be used in the surgery. If he survives it will be due to her. At Jabot, Ashley is grateful to Ravi for helping her get a handle on things there. As he exits, she stops him and thanks him for last night. Later on she suggests they could do something like that again some time. He wants to plan a date, but she thinks ‘impromptu’ is best. Ravi agrees, but seems unsettled.

In a TV studio, Kerry Forrest (played by Lisa Guerrero) interviews Scott about his experience surrounding the sex ring. He pipes up that he didn’t go through it alone.

Nick spots Abby at the coffeehouse and invites her to their tree-trimming ceremony tonight, rather than Victor’s tree-lighting. Abby gets a text and leaves. Sharon sits Nick down to tell him she wants to ask Scott to move in. Nick observes that Faith and Scott seem to get along and is okay with it.

At Newman, Victor confronts Victoria about letting Abby resign, and questions if she’s jealous of her sister. Just then, Abby arrives. Victor urges Victoria to explain it was a mistake to let her go, but Vic gets a reminder to turn on Scott’s interview.

In the TV studio, Scott defends Victor, Newman Enterprises, and Abby’s innocence and credits Abby for helping him through the stressful situation in the storage unit. Later, Forrest tells Scott they’ve got an opening for a national news reporter – the job is based in New York.

In Victor’s office, Abby turns off Scott’s interview to continue the conversation. She feels Newman isn’t big enough for two daughters. Victor exits, saying Victoria will convince her otherwise. Vikki snarks that Abby can only get Victor’s approval there, so she’ll obviously come back. Abby demands a bump in salary and position and will report directly to the CEO, not Victoria. She notes Vikki doesn’t want her there – she was willing to let her walk away while giving Scott a bonus. “I will never forget that, Victoria.”

Victor arrives at the penthouse to see why Chelsea and Connor haven’t RSVP’d for the tree-lighting. He muses about how Nick might react to learn the foundation of the family is based on a lie and urges her to come to the party.

Nick, holding Christian, says to Chelsea, “If we don’t go, what is he going to do? He can’t possibly take anything else from me.”

Victor tells Noah, “Tessa stole your grandmother’s gun and gave it to her sister.”

Lily Supports Cane As He Prepares...