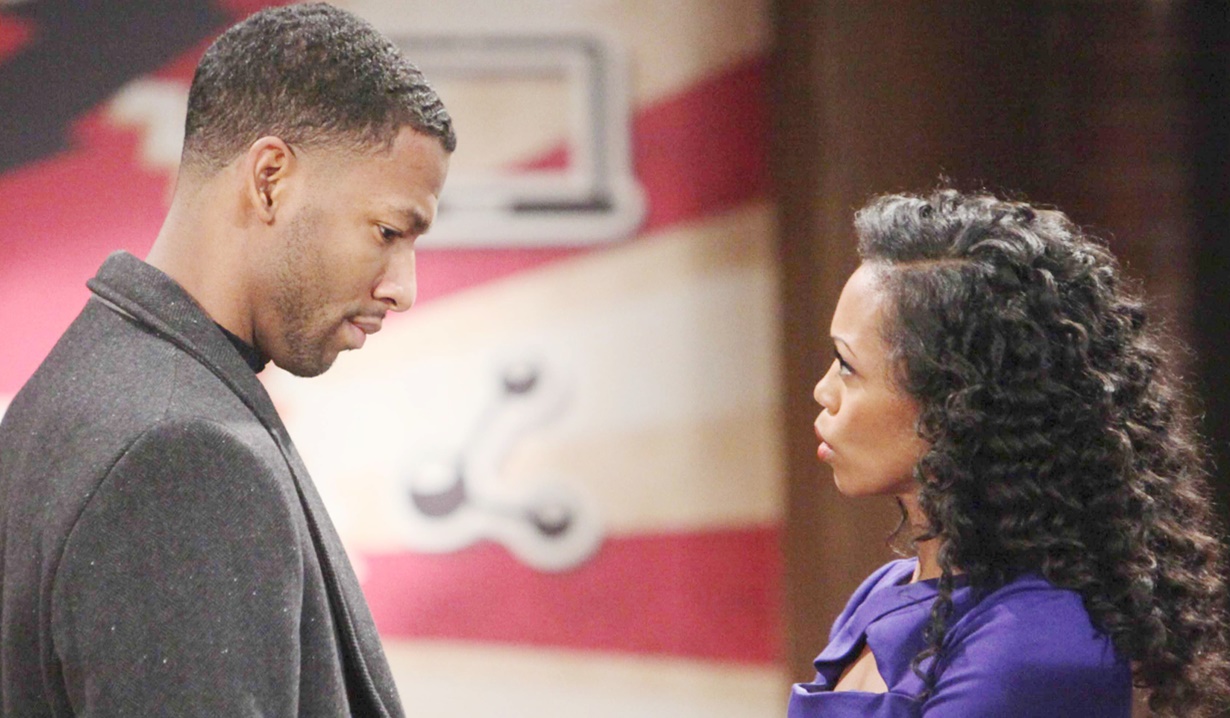 At the ranch, Victor and Victoria discuss the sex ring scandal. He reveals that the gun used to kill Zach belonged to a Newman. They debate about Abby bringing the scandal to their doorstep. Victor argues it wasn’t intentional. Vikki wonders if Abby took the gun and argues it must have been stolen. Victor wonders at their next step.

On the Crimson Lights patio, Paul tells Nikki that Zach was shot with her gun. Inside, Tessa asks Scott to keep Crystal’s name out of his article. Scott relays he won’t be publishing it, thanks to Victoria Newman. Back on the patio, Nikki has no idea how her gun ended up at the seedy motel. Paul asks if she’s sure, and she teases that she did it. “Slap the cuffs on me!” Paul gets clarification that she didn’t bring it to the Top of the Tower. Nikki doesn’t remember the last time she had it, and relays that Victor insisted she have it for protection. Paul warns the authorities will focus on Newman Enterprises and Victor. Paul exits and Nikki walks over to confront Tessa about stealing her gun and giving it to Crystal. Tessa admits she took it, but didn’t know it was Nikki’s. She gave it to Crystal for protection, and it was Nikki who gave her the safe combination during the gala. Tessa frets about what will happen. Nikki advises her to tell her sister not to drop the damn gun next time.

At the Club, Hilary calls Jack in a bid to get Dina on her show, but he maintains she’s stepped out of the public eye.

At Newman Enterprises, Lily admires Abby’s strength. Abby appreciates that, and complains about everyone else treating her like an idiot for not seeing through Zach, including her sister.

Lily admits she doesn’t get it, but feels they should back Victoria up. Abby’s unconvinced. Lily observes that Victoria has more shades of Victor coming to the surface. To Abby, she seems exactly the same. Victor and Victoria arrive. Abby joins them in the office. They wish to distance the company from the scandal, and Vikki wants Abby to issue a public statement that she has written for her. Abby wants to discuss it, but she is dismissed. In the hall, Abby shows the statement, which makes her look pathetic, to Scott, who suggests with a smirk that it just needs a little editing. Later, Victoria mentions Abby’s mistakes to Lily, who notes it wasn’t intentional. Hilary appears – she heard about the press conference. Victoria doesn’t want her there, but Hil points out she should thank her for exposing Jordan. She invites Lily to check out her archives and get up to speed.

At home, Mariah updates Sharon on her split with Devon, and warns she doesn’t want to be a walking pity party. Sharon touts the importance of self-care and urges her daughter to stay open to romance. Mariah questions if Sharon can relate – she put herself out there with Tessa and got shot down. Sharon reminds her of her history, and reflects on Scott being off lately. Mariah shrugs that it’s not Sharon, it’s trauma.

Paul arrives at the Abbott house to warn Jack that Dina could get prison time. Jack snaps at him, then apologizes. Paul is stunned when Jack says Dina may be adding arson to her charges, but she won’t be doing time, and hands over her medical file. Paul agrees the Alzheimer’s diagnosis changes things. Jack makes an impassioned plea that they’ll make sure nothing like this will happen again. Paul will recommend criminal charges be dropped.

At the Club, Scott gets a text from Sharon while helping Abby edit her statement. Abby urges him to go home to Sharon, but he wants to accompany her to the press conference. By the door, Victor cross paths with Jack, who reveals he and Nikki are no longer seeing each other. At the bar, Lily confronts Jordan about his newly-revealed past. Hilary appears, and Jordan tells her he left something for her to remember him by as he leaves. “Stay tuned.”

Back at Newman for the press conference, Abby, with Scott beside her, assures Victoria, “I’ve got this.”

At home, Mariah worries about Scott taking Sharon for granted before leaving. Once alone, Sharon checks her phone.

More: Teasers for Y&R and all soaps

At the Club, Hilary, Mariah, Lily and Jack are starting to watch Abby’s press conference when nude photos of Hilary go viral on their phones. Hil screams, “Jordan!”

At the presser, Abby gives her statement, telling what really happened with Zach, Design Date, and giving herself and Scott credit for taking down a criminal. She mentions her sisters failed company and invites everyone to read more details in Scott’s article on Hashtag.

Nick says, “What the hell’s the hold up, Paul? How are we going to get this person who torched my club?” Paul replies, “We don’t.”

Devon says into the phone, “Is there anything that I can do for you?” Hilary replies, “Can you meet me? I have a proposal for you.”

Abby tells Victoria, “I’ll save you the trouble of firing me. I quit!”

The Gun That Killed Zach Belonged to...