Tuesday October 24, 2017: Scott and Sharon get a lead, Cane learns Mattie’s seeing Reed, and Lily stuns Nick with a remark. 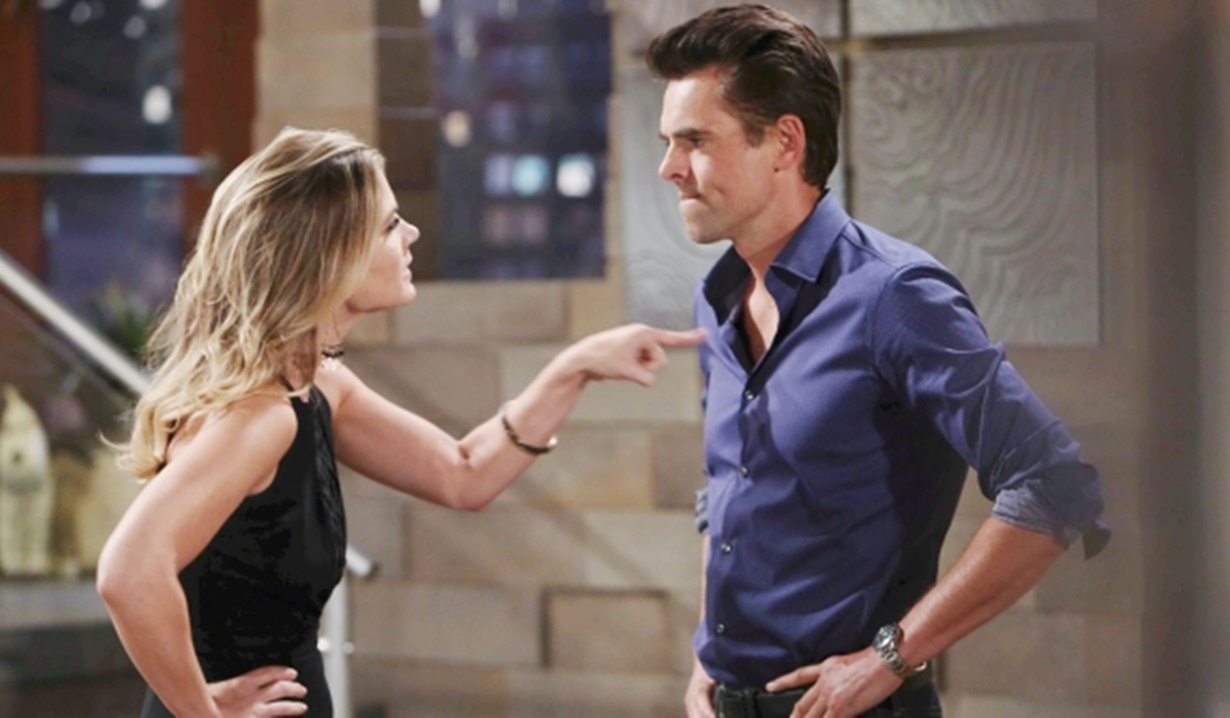 At home, Phyllis confronts Billy about stealing confidential files from Jabot – he made his priorities clear. “Victoria, Brash & Sassy, get revenge on Jack, and then me.” Billy protests she’s got it all wrong. Phyllis smacks him. “Don’t you lie to me again.” Billy admits to his misdeeds – he ‘compartmentalized’ it separate from their relationship, and insists he felt guilty. Phyllis hollers that if he felt guilty he would have stopped! Billy feels he’s not the only liar – why didn’t she tell him she knew? The arguing turns to her insecurities about Victoria. Phyllis screams that Vikki plays dirty. Billy worries everything he’s worked for at Brash & Sassy is for nothing and turns confrontational about Phyllis teaming with Jack. Phyllis reveals that Jack laid the bait and Billy took it – Jabot’s huge launch is being delivered to Fenmore’s as they speak. Billy panics. At the Abbott mansion, Nikki comforts an emotional Jack. He updates her on his family’s woes. Traci calls, but Dina hasn’t been found. Jack hangs up and rants – he doesn’t know what else to do. Nikki suggests he stop trying to find Dina, who may have forgiven Graham. She reminds him Dina hurts her family, then runs. Jack believes his mother was kidnapped – he has to find her and make Graham pay.

In the Ashby living room, Mattie is happy to be snuggling with Reed and not sneaking around. Charlie appears, and grouses about them kissing. Cane arrives and is upset to see Reed there. Mattie informs him Lily allowed them to see each other.

At Brash & Sassy, Victoria asks Lily to come on air with her at The Hilary Hour. Suddenly, they get texts from Mattie and Reed and exclaim in unison, “Oh no.”

At Crimson Lights, Scott thanks Victor on the phone, then disconnects and tells Sharon he gave him full use of his team. Their lead is a company called County Connect, which could be the break they’ve been looking for. More information on the company’s related money laundering businesses comes in, but not the name of the owner. Scott will follow the trail to the top.

In The Underground, Chelsea updates Nick that Victoria was in a car accident. Nick calls Victoria, and she assures him she’s fine. After, Chelsea suggests he relax. She tries his new cocktail as he tells her about the truce with Victor. Nick feels his father went along with it to get back in good with Nikki and Victoria.

Victoria disconnects from Nick as Reed arrives in her office. She assures him that Lily will talk to Cane about his situation with Mattie and warns if Cane causes trouble, he’ll deal with her. Reed worries she shouldn’t push Mattie’s dad, who’s a real jerk with anger problems. Once alone, Victoria gets a call from a frantic Billy telling her they’ve been set up. In the background, she hears Phyllis throw him out the door for making Victoria his priority and they disconnect.

At the apartment, Billy tells Phyllis he loves her and pleads to be let back in. Phyllis opens the door and tosses his clothes in his face.

At the Ashby house, Cane is upset that Lily gave Mattie permission to date Reed without consulting him. Lily admits she forgot to update him that the rules had changed, and more debate ensues. Charlie interjects to say Reed is a tool, but he’s cool sometimes. Lily wants Cane to be reasonable. He apologizes, and Lily relays to the irked teens that Cane will stay with them while she’s out-of-town. Once alone, Cane accuses Lily of undermining him with the kids. She’s affronted, and argues that he doesn’t like Reed because he’s Victoria’s son. Lily suggests he show he can be an understanding father. She reminds him they’re there because he slept with Juliet and nothing but lies came out of his mouth afterward, before walking out. Cane calls out the twins to talk about getting back on track with them. Mattie feels if he meant it, he would change his mind about Reed. Cane agrees to get to know Reed over dinner. Mattie hugs him.

Lily arrives at The Underground and asks for some of Nick’s ‘strong’ new cocktail. Over drinks, Lily vents to a sympathetic Chelsea and Nick about Cane. Chelsea slips away, and Lily goes on to Nick about the humiliation she suffered, and admits she wants to have fun; have revenge sex with a hot guy…like him. Nick acts awkward. They both gulp their drinks as Chelsea reappears.

Hilary says, “We are live, you know what that means…anything can, and probably will, happen.” Victoria and Lily sit with her.

Phyllis is irked when Billy jumps onto her balcony and indicates for her to open the patio door. 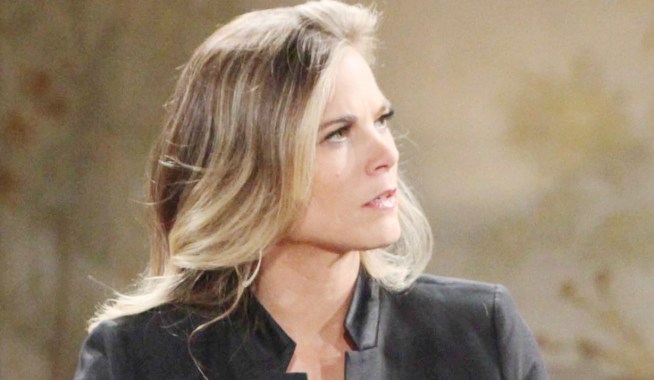 Scott Awakens to a Grisly Scenario After Being Drugged by Zach 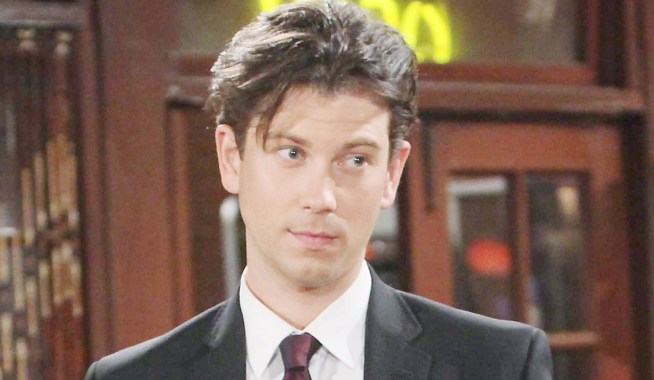