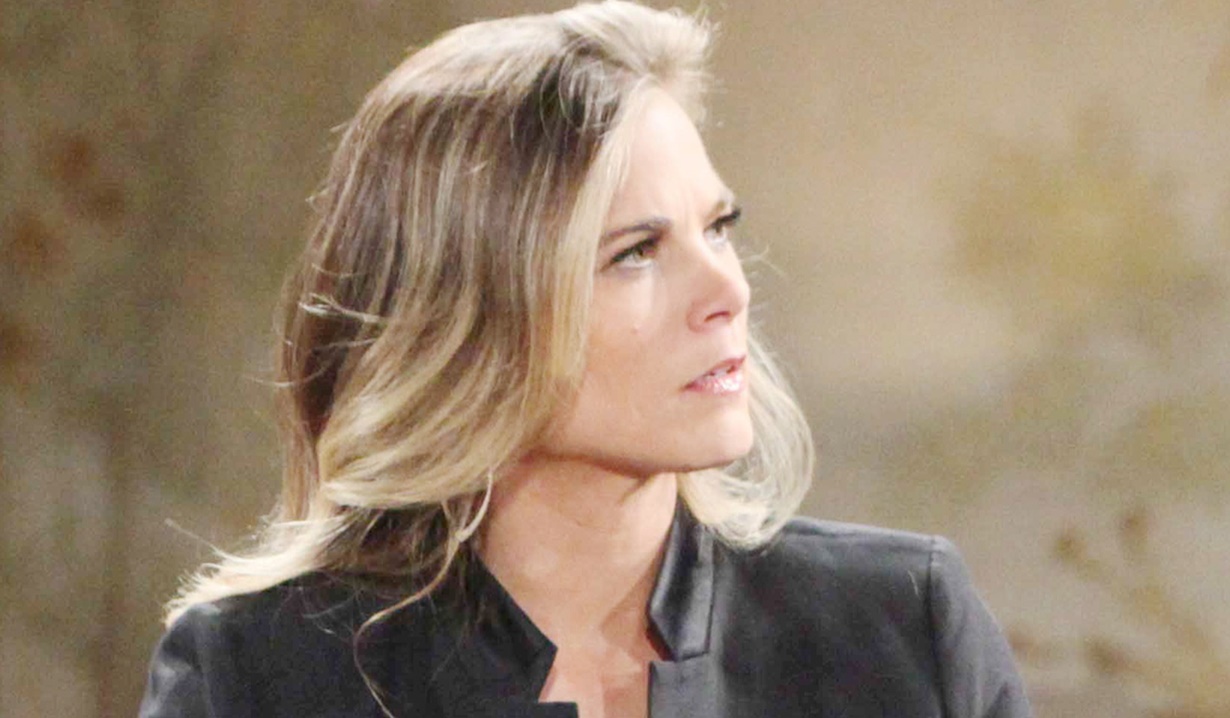 In her car, Victoria is unconscious with facial bruises. Chelsea appears at the window to see if she’s alright. Vikki comes around and insists she’s okay – she doesn’t want a fuss. Chelsea agrees to drive her to work.

Abby arrives at the Abbott mansion, where Jack informs her Graham has kidnapped her grandmother and they’ve no idea where she is. Abby rants about Graham before asking how her mom’s holding up. Jack reports she’s channeling her energy into finding their mother. They rehash the painful revelation. Abby takes a call from Zach, who wants a chance to prove he cares. Sharon hugs Scott from behind at Crimson Lights. They kiss and talk about making time for one another. Paul knocks on the door and is glad they’re both there – he has an update on Alice – they still haven’t found her, but they have a new lead that may help them uncover the shell company backing the sex ring. After Paul goes, Scott tells Sharon he may be able to unravel the mystery faster than the police since he has access to Victor’s resources.

Lily arrives at home and calls Cane to leave a voicemail about setting up a schedule for the twins.

At Brash & Sassy, Lily notices Victoria’s facial bruising. Vikki laughs about being clumsy and they put on covering make-up. Lily agrees to travel to Dallas to promote the company as Vikki takes a call from Hilary and says, “Let’s make it happen.”

In the Chancellor estate, Cane assures an appreciative Juliet she shouldn’t be alone – he wants to keep her and his son close. Juliet is telling him how touched she was that he invited her to move in when Esther appears. “He what?” Cane makes introductions and Juliet heads upstairs to settle in. Esther learns Cane is also running Chancellor, so Jill probably won’t mind. She asks about Lily. Cane says his marriage is over and Lily will have to accept this. Later, Lily arrives to see if Cane can stay with the twins while she’s on a business trip. He’s hesitant, and Lily can’t understand why…until Juliet comes down the stairs in a robe gushing about how easy it will be to get used to living there. Cane and Juliet assure her it’s about the baby, and Esther can care for Juliet while Cane stays with the twins. Once alone, Lily questions Cane about his divorce papers. He’s been too busy to sign them. Lily snarks that he’s moving on in other ways and walks out.

Abby meets Zach at The Underground, where he urges her to unload about her troubles. Abby shares how her mother’s awards dinner turned into a showdown that left them heartbroken. Zach reassures her. Across the room, Zach spots Natalia. He manages to get her alone, and grips her arm angrily as she pleads that Leon’s in charge now. Zach tells her to get out of there and leaves a message for Leon to call him. After, Abby has never felt closer to Zach. She is on the verge of a heartfelt confession when he abruptly steps away to take Leon’s call, hissing at him that they can’t risk Natalia being seen in Genoa City. Abby walks out and he catches up with her to plead his case. She buys it and kisses him.

At the Top of the Tower, Phyllis and Billy kiss and slow dance. When they sit down, he senses something’s going on with her. She admits there is – they’ve been living together for months, but aren’t on the same page in some ways. Victoria appears wanting to pick Billy’s brain about The Hilary Hour. Phyllis steps away to call Jack – they need to roll out their line immediately. He tells her to take care of it. Nearby, Victoria argues with Billy about the need to forge ahead with their plans. Billy notices her face and she downplays it, then exits.

At the Abbott house, Paul goes over the Graham situation with Jack, who stresses the need to get the flight plan – he won’t rest until he knows where his mother has gone.

At Brash & Sassy, Victoria tries one of their products. At home, Phyllis texts with her phone about ‘a work thing’ then throws it down. She goes to get wine and returns to catch Billy reading her messages. He surmises from the planted text that Jabot’s doing a huge men’s line launch and hollers at her for not telling him. Phyllis turns the tables, screaming at him that she knows he’s had no problem using her phone and her computer. “I know!” She pokes his chest and yells, “You’ve been using me, and lying to my face, and I want to know why! Why did you do this to me?!”

An emotional Jack throws up his hands. “I don’t know what else I can do!” Nikki tells him, “You can stop trying to find her.”

Lily tells Nick she wants revenge sex with some hot guy. “Like you…”

Phyllis throws Billy out of the apartment while hollering about priorities, as he protests, and is simultaneously on the phone with Victoria, who hears the chaos and asks, “Billy?” 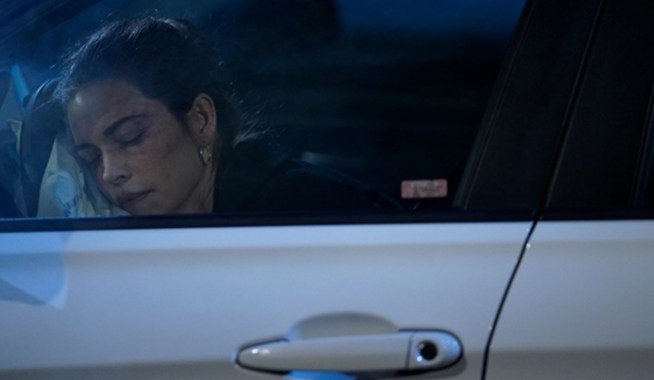 Victoria Has a Car Crash Following a Confrontation With Cane 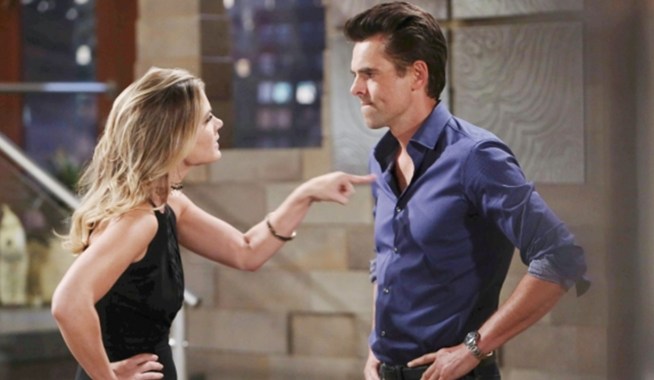