Friday September 29, 2017: Devon senses Kevin knows something about Mariah, Hilary makes a suggestion to Cane, and Lily moves forward with a divorce. 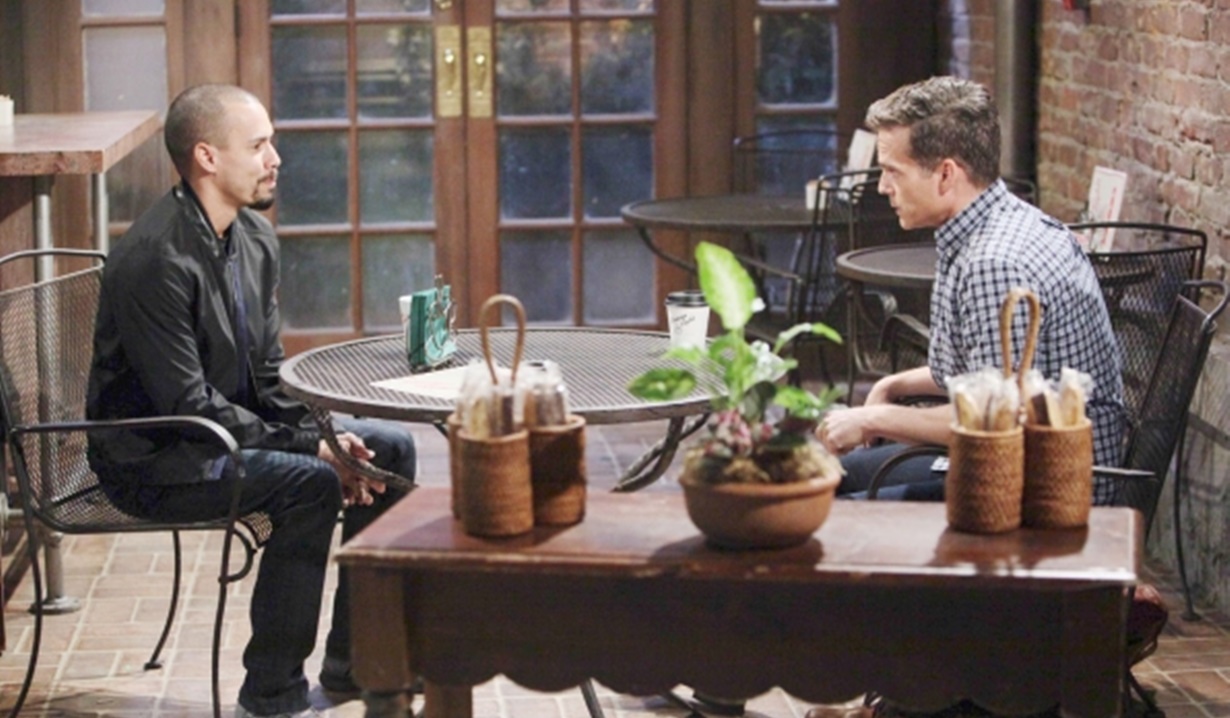 In the Newman stables, Mariah and Tessa panic after Alice passes out. Mariah takes off to get back up, but pauses to say, “Even dead, Cassie may be our best hope.”

Mariah rushes through the door of Sharon’s house and interrupts her make-out session with Scott. Once he’s gone, Mariah asks Sharon about Alice’s relationship with Cassie, and eventually admits she’s tied up in the stables. Sharon is stunned to learn that Alice thought Mariah was Cassie and fainted. Mariah pleads with Sharon not to bring Paul into this, and reveals she’s planning to bring Cassie back. In the stables, Alice flashes to a disturbing conversation with a young Cassie while unconscious. She murmurs, “Cassie…” When she comes around, Tessa warns her she wants to know about Crystal. Alice pleads that she sells medical supplies and the brunette screams at her to stop lying.

Tessa joins Mariah and Sharon in the house. Mariah wants to know if Sharon is ‘in’ or ‘out’.

Mariah appears to Alice in the stables and tells her she is Cassie. Alice stammers that she died in a car accident. ‘Cassie’ informs Alice that Millie is watching her and what she is doing is wrong – she’s exploiting those girls. Alice pleads that she is being a mother to them; as she should have been to her. ‘Cassie’ asks Alice to imagine her going off with one of those creeps. Alice protests. ‘Cassie’ presses the agonized woman to give up Crystal’s location. Sharon appears. Alice gasps with relief, but Sharon confirms she also sees Cassie and asks her for information on Crystal. Tessa, hidden, listens as Alice divulges that Crystal is with Leon in New York City. Sharon asks her to call him to bring her back.

Lily is stunned to find Hilary on her doorstep. Hil says she just saw Cane, who is devastated, and grills Lily about not wanting to fix her marriage. Lily sighs – she doesn’t owe her any explanations. Hilary goes on about Cane having no affection for Juliet. Lily counters this is so far beyond none of her business. Undeterred, Hilary expresses that Lily loves her husband – does she want to leave him in a pit of despair? Michael arrives, and Lily sends Hilary on her way. She then informs Michael she wants to file for divorce. Michael asks her to think on it longer, but Lily is calm, resolved, and wants to move forward with an amicable divorce. She asks Michael to break it to Cane.

At the Club gym, Cane confronts Jordan about wanting to move in on his wife. He reports that they’re committed to saving their marriage and warns him to back off. Later, Hilary catches up with Cane and pleads with him not to give up on his marriage; the issue is Juliet’s pregnancy. Cane can’t make it go away, but Hil argues he can get rid of Juliet by convincing her to go back to Tokyo. Juliet appears. Hilary chatters about her being a ‘star’ in Japan. Cane runs with the theme, but Michael interrupts. As they step away, Hilary informs Juliet if she stays in Genoa City, Cane will resent her for destroying his marriage to Lily. Juliet refuses – she believes there’s a chance for them. Across the room, Cane sinks into a chair as he learns Lily wants a divorce.

Scott arrives at Newman and immediately begins exchanging barbs with Abby, who makes a crack about Sharon throwing him over for Mariah. After, she’s apologetic and mentions her former stepson ending her marriage. She assumes Scott and Sharon have problems since they’re different, but Scott insists opposites attract. Abby still thinks it’s inevitable that they’ll split.

At Crimson Lights, Devon encounters Kevin, who paints a glowing picture of his life out west. Devon hopes he finds someone that makes him as happy as he is with Mariah. Kevin begins acting twitchy and Devon wonders why he’s getting the feeling he doesn’t think he and Mariah are okay. He works at length to convince Kevin that their relationship is solid, but Kevin cautions that one never knows what the future holds. Devon wonders if Kevin wants another shot with Mariah. Kevin quickly reassures him they were an epic fail and Mariah has no feelings for him.

Jordan stops in on Lily, who updates him that she’s ending her marriage. Jordan can’t tell her if she’s doing the right thing – it has to be her call. Lily agonizes about the unfairness of it all.

Lily tells Charlie and Mattie that she and Cane are getting a divorce. 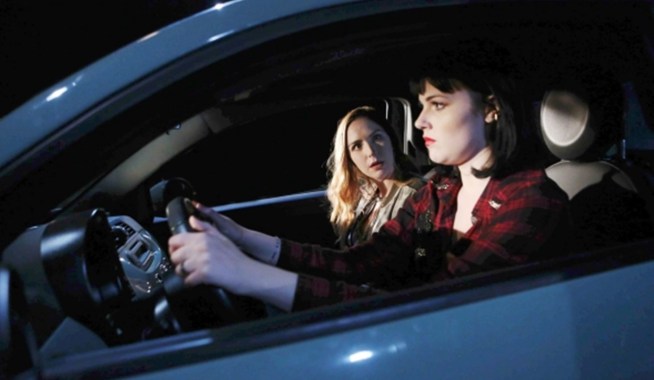 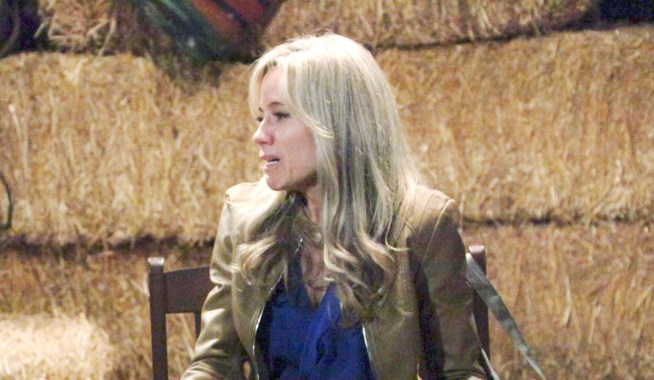