Thursday September 28, 2017: Lily delivers news about the future to Cane, Tessa enacts a plan, and Devon runs into Hilary. 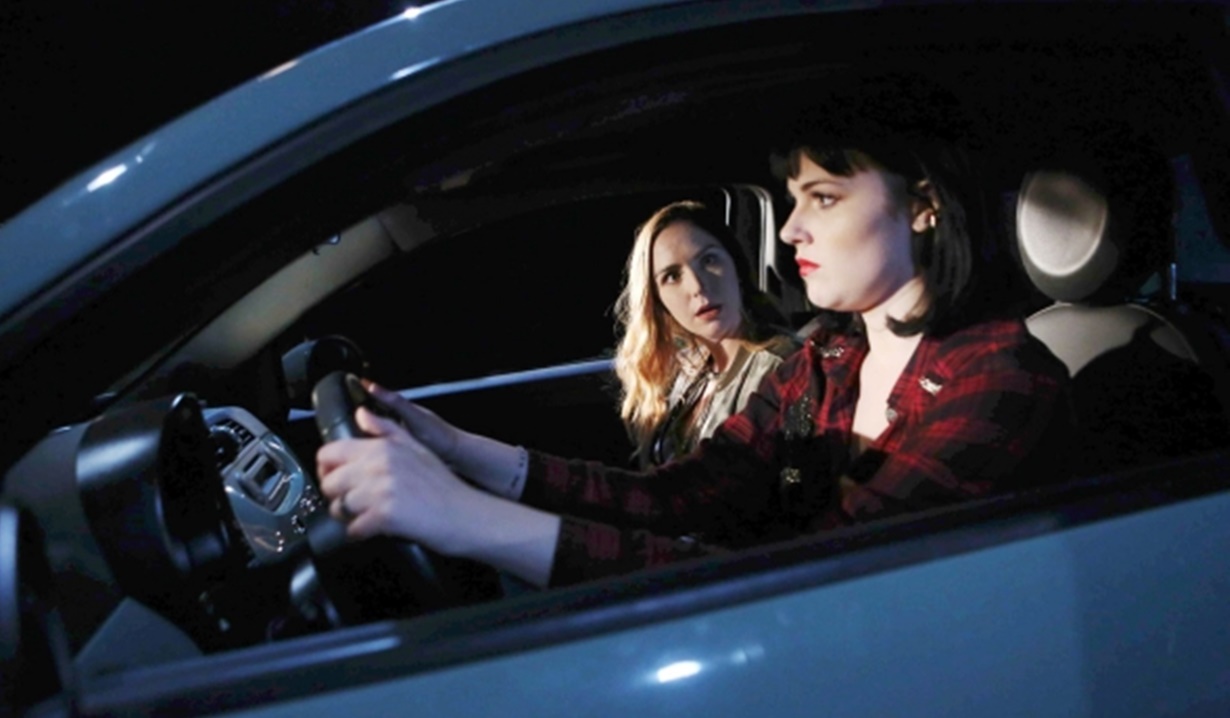 Cane arrives at the Ashby house, where Lily informs him she won’t be returning to counseling and says they need to discuss their future…tonight. She talks about wanting what’s best for the kids and he agrees heartily. Next, Lily admits how much Cane hurt her, and the conversation turns to what life would be like once his son with Juliet is born. Cane insists Juliet knows where his priorities lie. Lily feels the child will be a constant reminder of what he did to this family, and she doesn’t believe she can get past it. Cane thinks there must be something they can do, but Lily shows him out. “Please. Just go.” Once alone, she sobs.

In a car, Tessa and Mariah are on their way to Alice’s place, but can’t agree on how to proceed when they get there. They park and debate. Mariah tells Tessa she didn’t get to know her sister, so she’s going to make sure she finds hers. Tessa is so appreciative of Mariah’s support and hopes she doesn’t lose her as a friend when she reveals her plan, which she doubts the redhead will like. Inside the house, Alice coaches her two best girls on how to give premium service before sending them out to meet the driver. The doorbell rings. When Alice opens the door, Tessa tosses a blanket over her head and grabs her. Soon, Mariah and Tessa are driving again. Alice asks in a muffled voice from the back, “Who are you?” They bark at her to shut up.

At the Club, Sharon and Scott are remarking on the sex ring traffickers knowing how to cover their tracks, when Abby and Zach appear in the foyer. Abby is put out to see her annoying co-worker, but Zach suggests they join them for dinner. They bicker. At the table, Scott and Sharon are discussing next steps in their investigation when the pair approaches and Abby asks to join them. They talk about work. Zach queries Scott about his expose on sex trafficking. Scott’s irked Abby told him, and reveals nothing. Nearby, Hilary works to convince Devon that she’s fulfilled by work since Jordan moved on, but he tells her it’s not enough – he knows her. “You can’t fool me.” They spar verbally. Devon knows underneath her drive and ambition is a vulnerable person who wants to be loved. Later, Juliet spots Cane and thanks him again for coming to the hospital. He’s not much for talking, but then shares what happened with Lily. Juliet acknowledges the pain that she’s caused and lets him alone. Elsewhere, Scott and Sharon say goodnight to Abby and Zach. After, Zach remains preoccupied with Scott’s expose. Abby isn’t up for them developing a ‘bromance’. Zach hints about staying the night at the tackhouse, but Abby teases he’ll be taking her home and then leaving. In the dining room, Cane spots Hilary and tersely informs her that Lily’s done with him. Hilary insists she still loves him and he needs to fight for her. Cane chuckles, knowing this is because she wants Jordan and says, “We’re both losers.” Devon is at Lily’s place as she explains her thinking behind splitting with Cane. Devon thinks she deserves better than how he treated her. Lily wants a clean break, but feels hollow. Devon gets it – love doesn’t go away because you can’t be with someone. Lily says the man she loved is gone. Devon holds her. Lily and Devon remark that they’ve always been there for one another. He assures her she’s doing great by the twins and lauds her for being honesty. She sighs. Talking with Cane was hard, but the next step will be harder.

Mariah and Tessa usher a pleading Alice, with her head covered, into the Newman stables. Mariah runs for water, and Tessa reveals herself to Alice as Crystal’s sister and invites her to talk to her…or the cops.

Scott and Sharon arrive home to find an oddly-behaved Mariah exiting with an armful of bottled water. Over wine, Sharon comment that her daughter seemed jumpy, but Scott’s more focused on romance.

In the stables, Mariah kneels beside Alice to give her some water and start getting some answers. Alice looks at Mariah and freaks out, screeching, “Cassie?!” Mariah and Tessa exchange a look as Alice’s faints.

Devon asks Kevin why he’s getting the feeling he doesn’t think he and Mariah are okay.

Lily tells Michael she wants to file for divorce.

Cane tells Hilary he can’t get rid of the baby, but she replies that he can get rid of Juliet. 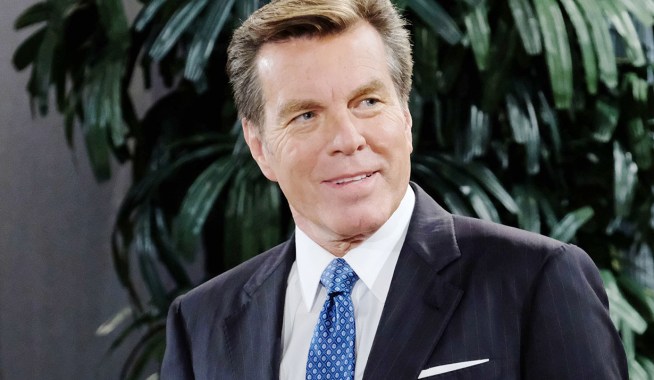 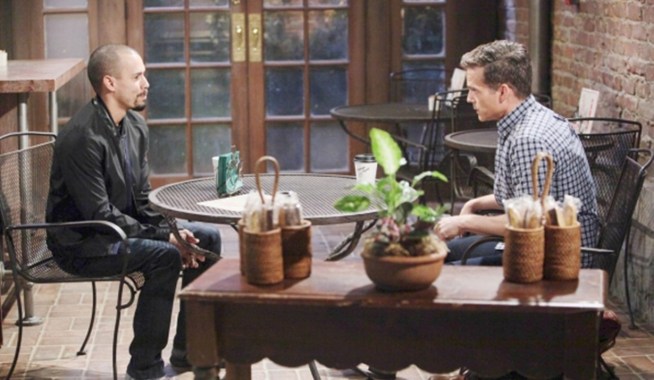