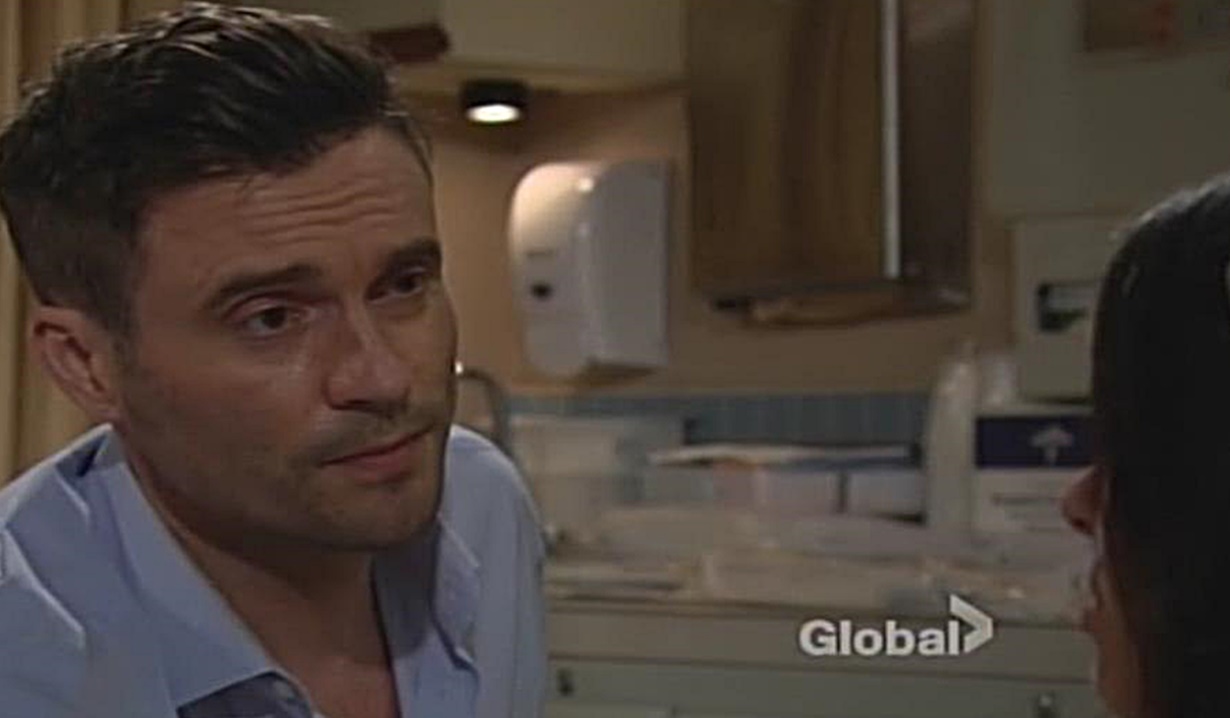 At the Club gym, Billy thanks Phyllis for getting his mind off the battle with his brother – she makes him feel sane. In the dining room, Hilary informs Jack if he wants her to promote Jabot’s products, she’ll need some incentive in the form of a scoop. Billy and Phyllis appear and wonder what they’re cooking up. Phyllis stops Billy from approaching and making a scene. They head home to make love until they pass out. After, as Hilary leaves, Victoria enters the dining room. Jack invites her to join him. At the Chancellor mansion, Juliet thought the kiss was what Cane needed in the moment – he was so down. Cane agrees. “I was.” He’s doing better now. Kevin arrives and Cane makes introductions. Juliet leaves, and Kevin starts asking questions. Esther appears, and clearly isn’t happy about Cane’s extended stay. After, Cane sits down with Kevin to fill him in on everything. Esther reappears and talk turns to Kevin’s brief return home.

Tessa takes the stage at The Underground. As she sings, Scott recognizes Natalia (played by Tina Ivlev) as the prostitute he spoke to in the motel. Scott fills Sharon in. Meanwhile, the promoter, Herb (played by Seinfeld’s Wayne Knight) enthuses about Tessa’s talent and informs her and Devon he wants to send her on tour. Sharon urges Scott to take action, so he joins the promoter’s group and whispers to Tessa that the young woman with Herb is a prostitute and knows her sister. Tessa and Sharon stop Natalia outside the restroom. In the office, Tessa shows a photo of her sister and gets a reaction. Natalia reveals Crystal was taken away but is too afraid to say more. Tessa gives the girl her number. After, Sharon hugs an emotional Tessa. Meanwhile, Natalia rejoins Herb, who leaves Scott with his business card. Sharon and Tessa reappear. Tessa wants to share the news about Crystal, but Devon asks Mariah to leave with him. Later, Noah and Tessa make out in the office. She updates him on Natalia. Noah makes her promise to be safe while he’s away. Out at the bar, Scott suggests they get Herb’s credit card information from Noah and follow up. Sharon owes him. They kiss.

Juliet arrives at the Club and lets Hilary know that Cane put the smile on her face. She wonders who Lily is leaning on. Hilary snipes that Cane will lose interest in her once the baby is born. Suddenly, Juliet doubles over in pain. Hil takes her to the hospital. In the dining room, Jack and Victoria spar verbally about Brash & Sassy’s recent sales at Fenmore’s. Jack alludes to what will be coming and Vikki wonders if he’s trying to rattle her. He smugly asks, “Did it work?” Later, Mariah is distracted from Devon as she waits for a text from Tessa about what happened at The Underground. Devon asks her to spend the night. At home, Billy complains there’s no food and suggests returning to the Club. Phyllis begins undressing – she knows he wants to see what Jack’s up to, but he’s all hers tonight. Billy gets a call from Victoria, so Phyllis heads upstairs to draw a bath. Victoria tells Billy she had a run-in with Jack – they must have a new project. Billy grabs Phyllis’ laptop to find out. He plugs in a USB to download the files.

At Jabot, Jack is on the phone and declares he wants the proposal as soon as possible, and to tell the boys at R&D it’s ‘go time’.

At the hospital, Juliet gets checked in and asks Hilary to contact Cane. Later, Juliet is fantasizing about Cane appearing and devoting himself to her and their son, when the doctor enters. She’s concerned Juliet may have Placenta Previa, a condition which must be monitored closely and can be life-threatening for both of them. Juliet hears Cane outside and asks the doctor to send him in. She starts crying as Cane and Hilary enter. The doctor returns and explains the diagnosis. Cane will make sure Juliet’s looked after and vows to stay with her. Hilary snarks, “That worked out well, didn’t it.” Cane assures Juliet he won’t let anything happen to their little baby boy.

Ashley tells Graham, “You know what you did, and you’re not going to get away with it.”

Phyllis arrives in Ravi’s office, where he’s with Lauren. Ravi looks perturbed and says, “It seems like…” Phyllis asks, “What? What’s the issue?”

In his office, Jack wonders why Victor would be emailing him. Nikki says, “Oh wait, before you open that…” Jack opens it and says, “Is someone stalking us?” 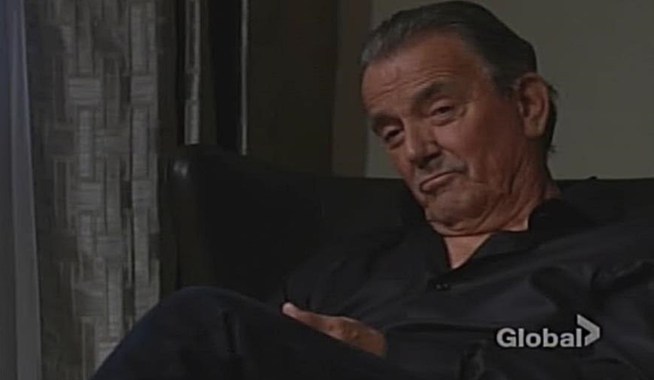 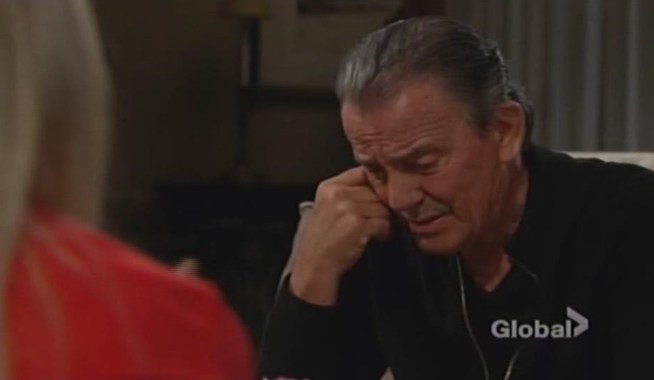