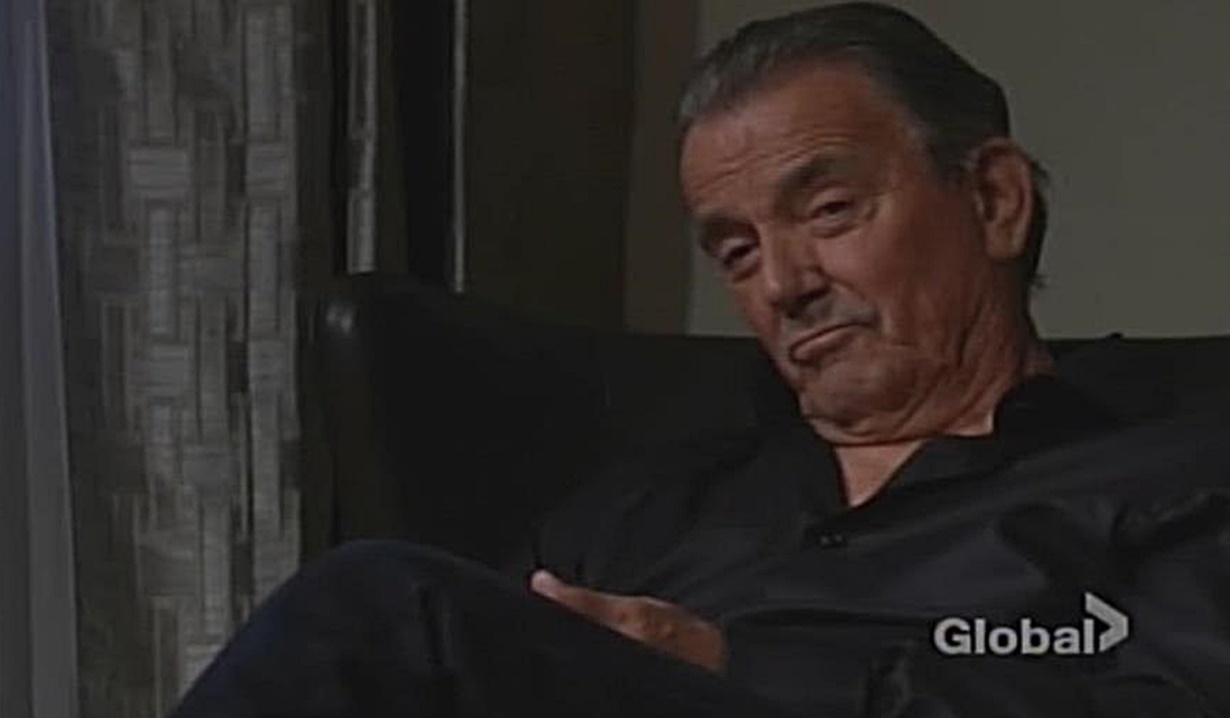 Juliet arrives unexpectedly at the Chancellor mansion with takeout for Cane. He invites her to join him. Cane talks about his troubles with the twins and Juliet gets him smiling by being optimistic. His demeanor changes when she refers to raising a child together, and she worries he won’t have the same love for their son as he does for Mattie and Charlie. Cane admits it all makes him feel torn and like he has to choose. Juliet assures him her son will be the center of her world. She teases she will name the kid Wilbur Algernon and Cane bristles. Juliet grins, “Gotcha,” but reminds him he can’t have it both ways. Cane apologizes – this has been hard on both of them. Juliet kisses his cheek and then goes in for a real kiss.

At Sharon’s place, Mariah is taken aback when Tessa alludes to having someone new in her life, but she explains it’s the promoter coming to see her perform. Mariah is enthusiastic; she’s her biggest fan. Devon and Noah arrive. Noah reveals he’s taking Tessa to Nick’s family dinner before going to the club. Once alone, Mariah and Devon make out.

In Crimson Lights, Sharon and Scott are frustrated about coming up empty when tracking Alice’s car. Scott decides he’ll approach some of the girls for his series on sex trafficking to see if they’ll talk about Crystal. Sharon worries about his safety. Scott would do anything for her. They kiss. Talk turns to supporting Noah by going to see Tessa perform. Sharon downplays the seriousness of Noah and Tessa’s relationship, then suggests that it’s time Faith met Scott.

At the penthouse, Chelsea admits to Nick that she can’t stop worrying about Victor. Nick assures her that he can’t change a thing. Noah and Tessa arrive and the men banter. Faith appears and Noah introduces her to Tessa. Faith shrugs off her brother’s questions about camp, and queries Tessa about whether she has siblings. Noah jumps in to smooth the awkwardness. After, Faith talks to Noah about Grandpa kicking Nick off the ranch. Noah reminds her grown-ups aren’t perfect. She thought Grandpa was. Chelsea interrupts to make a toast to Noah and Nick’s joint venture. Later, Nick tells Faith she can choose whether or not to see Victor. After, Chelsea and Nick canoodle over giving their kids a good life together.

Mattie arrives at home to find Lily anticipating a ‘girls’ night’ for the two of them at the Club. Mattie informs her nothing will change until she and Dad lighten up about Reed. Lily reveals she and Cane went to marriage counseling. Mattie asks if they’re getting back together. Lily realizes Mattie thinks Cane would back off about Reed if he was back home again, but can’t commit to that. Mattie is confused. Jordan arrives. “Is this a bad time?” Mattie snaps that it’s perfect – he and Lily can have dinner together since it’s what her mother really wants. Once alone, Jordan is apologetic. Lily expounds on the latest difficulties, including her inability to carry Cane’s child as Juliet is getting to do. She worries that Cane’s son with Juliet will have a stronger pull on him than he realizes.

At the ranch, Victor explains to Kevin that Nick is using the money he won from him in the lawsuit to go financially independent – he wants to remove that option. Kevin realizes he wants to take the funds from Nick’s account, and points out there’s no legal way to do that. Victor replies, “That’s where you come in.” Kevin is instructed to ‘access’ Nick’s account and transfer the 500 million he won in the lawsuit back into Victor’s account. Kevin protests about the feds. Vic wonders if he’s refusing. Kevin isn’t a Nick fan, but stresses this would end his and Vic’s relationship. Victor shrugs – it’s already over. He teases if Kevin’s up to the job. Kevin assures him there’s no one who could do it better, and agrees. After dinner, Kevin gives Victor another chance to change his mind, but the Mustache isn’t interested. By taking this measure, he will give Nick what he wants – total independence from his father. “We’ll see how that works out.”

At The Underground, Sharon and Scott join Mariah and Devon, and are soon followed by Noah and Tessa. Devon and Noah greet the music promoter (played by Seinfeld’s Wayne Knight), when he arrives. He introduces them to his girlfriend, Natalia (played by Tina Ivlev), and Mariah remarks to Devon that she’s young. Across the room, Scott remarks to Sharon that he thinks he’s seen the young woman with the promoter before.

Hilary says to Juliet, “Once you pop out that baby, his interest in you will disappear.” Juliet doubles over in pain.

Jack asks Victoria, “Care to join me?” Victoria shoots him a dubious look. He says, “Oh, come on, we’re supposed to be friendly competitors.”

Scott hugs Tessa and whispers that the woman the promoter is with is a hooker. “She knows your sister.”

Lily walks out on marriage...

Cane Stays by Juliet's Side as She...