After disregarding Hilary’s warning about Jordan, Cane gets a shock

Thursday August 24, 2017: Victor gets to Faith first, Hilary and Devon catch up, and Tessa has a run-in with a thug. 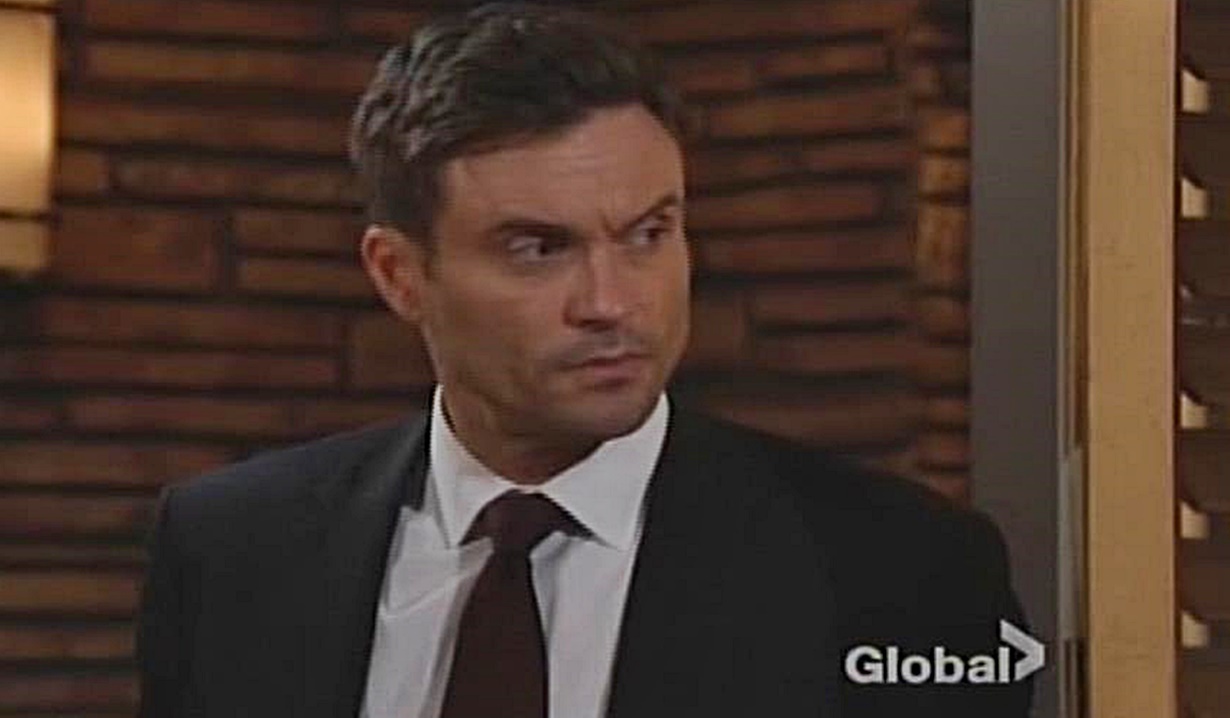 At the Club, Cane surmises that Jordan ‘lost interest’ in Hilary, and she’s trying to blame Lily. Hilary counters that Jordan is at his house right now and calls Lily a professional victim. Cane thinks she’s sad. Hil bites back, “Save your tears, you’re going to need them.” In Hamilton-Winters’ office, Devon and Neil marvel over Mattie’s ingenious innovations. Once she leaves, Neil and Devon discuss the drama in the family and Lily having her job back. Neil asks about Mariah, but Devon feels his love life shouldn’t be the focus right now. Downstairs, Mattie tries to dodge Cane. They sit, and she complains about him pretending everything’s normal. Elsewhere, Devon runs into Hilary. They hold a flirty conversation and Hilary expresses interest in having Tessa on the show before he asks about her commercial. Hil touches his hand – it’s so nice catching up. She asks about his trip with Mariah before recalling their own great times. Devon agrees it was special. Meanwhile, Cane thanks Neil, in his office, for hiring Mattie. Neil reveals their company gave Brash & Sassy a bridge loan, which saved the Dare campaign. Cane insists he’ll get back on his feet and get back the trust, but Neil muses about things getting beyond the point of no return, and adds, “Lily and Jordan will be thrilled to get back to work.”

At the Ashby house, Jordan informs Lily that they’ll be hitting the road…together. Lily worries about the kids, and Jordan notes she’s without a partner now. Charlie arrives, and chats with Jordan about photography. The kid reveals he quit the pool bar for football and teases about Lily hating it. Charlie invites Jordan to stay for dinner. Later, Mattie arrives and Jordan has whipped up dinner. Charlie invites him to sit in Cane’s chair. Jordan is talking enthusiastically with the twins over dinner when Cane arrives. He eavesdrops from the door and hears Lily announce her travels with Jordan. Cane backs out quietly amid the laughter and chatter.

In The Underground, Sharon and Nick briefly discuss Crystal before switching gears to Faith. They joke a bit, and then Nick reveals Victor evicted him from the tackhouse, and he’s moved in with Chelsea. They discuss how Faith will adjust and disagree on whether Victor will place Faith in the middle. Nearby, Noah and Mariah compare notes on the missing Tessa, who is supposed to perform but isn’t responding to texts and left her guitar at the house.

Tessa searches a hotel room for her sister. She texts her, but the thug who appears in the doorway has Crystal’s phone. He slams the door shut. Tessa holds her ground and demands to know her sister’s okay. They argue about Crystal being forced into prostitution. She threatens to turn him in to the cops and he tosses her phone away. The thug gets Crystal on video chat to convince Tessa to stop looking for her. After, he advises Tessa to forget her sister exists or what happens will be on her.

Faith jumps into a car and greets Victor, who claims he came to visit her merely to spend time with her. The girl enthuses over the brownies he brought and details the things they’ll do back at the ranch. She suspects there’s a reason he came. Vic reveals that Nick moved out of the tackhouse and into Chelsea’s penthouse. Faith frowns and complains that the ranch is her home. Victor would love to have her with him and reveals that Grandma moved out too, so he’s alone. Vic urges her to come to him if she needs someone to confide in. They agree they’re a team.

Tessa arrives at The Underground, and claims her phone died. Mariah gets a text from Devon saying he’ll be late. Tessa begs off performing with a sore throat, but mentions wanting to get back into the studio. Mariah calls her out on the excuse, but then apologizes, knowing she’s concerned about Crystal. They hug.

Faith tells Sharon and Nick that Grandpa needs company now that Grandma’s moved out. Nick asks, “How do you know about that?”

Jack says to Ashley, “Mother is suddenly an asset at Jabot.”

Phyllis asks Billy about his plan to hit back at Jack, “Do you care to tell me what you have in mind?” Billy glances slyly across the room at Dina. 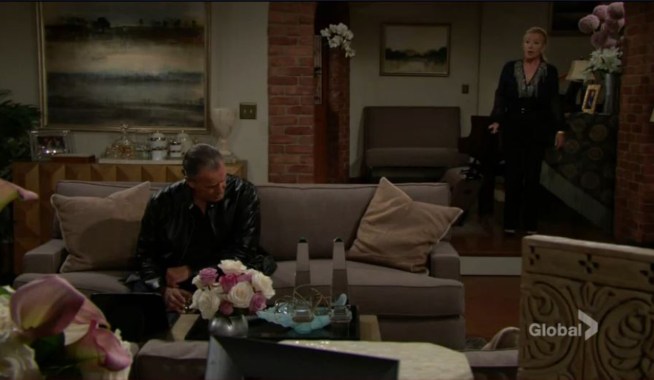 Jordan dumps Hilary, much to her chagrin 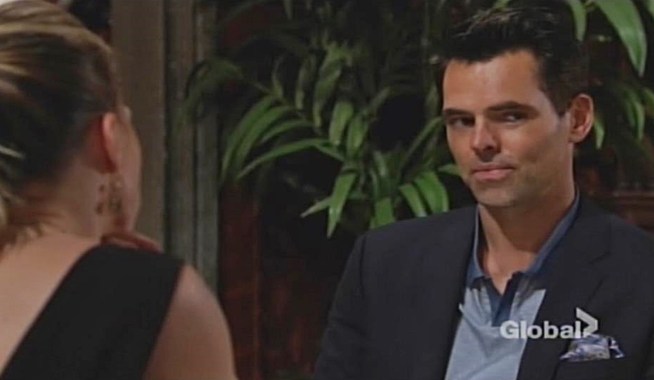