Friday August 18, 2017: Victoria opens up to Neil, Mattie and Reed reach a decision about their relationship, and Jordan makes a move on Lily. 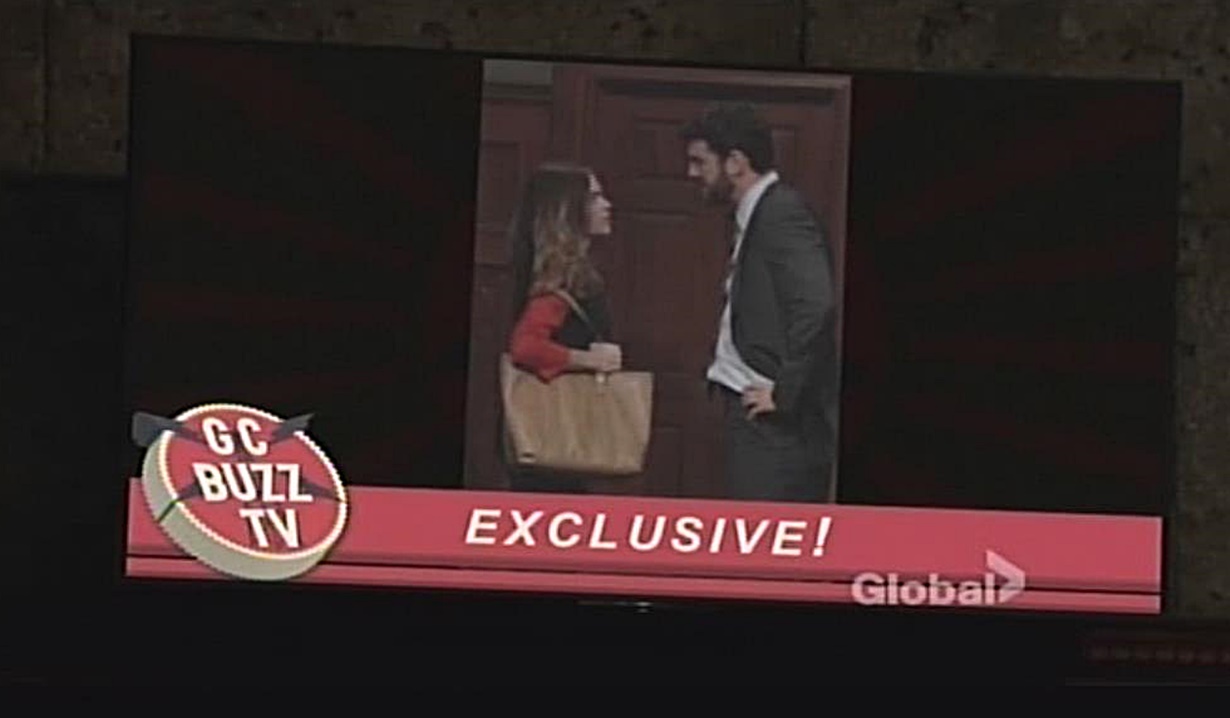 Dina joins Ashley and Jack at Jabot and reveals she was waylaid by the charming Billy. Jack snarks about his brother while Dina takes him to task for raising the rent, until Ashley intervenes and mentions Dina’s report. Dina claims she looked it over at the hotel and fixed her mistakes. She toddles off, leaving Ashley and Jack to bicker about Billy. Ash feels Jack’s chess moves are futile, but he’s not so sure. In Brash & Sassy, Billy gets a text and heads to the elevator. When it opens, Phyllis yanks him in. After, they emerge, with Billy tucking his shirt in after ‘quite the welcome home’. He updates Phyllis on Jack’s latest move. The redhead gets a text from Hochman and tells Billy she’s meeting Lauren.

At Hamilton-Winters, Neil tells Victoria to take a deep breath before quizzing her about the guy upstairs. Vikki opens up to Neil about Hochman and the troubles at Brash & Sassy. Neil thinks there’s a loan option she hasn’t explored, and points to his logo. Victoria is super appreciative. Neil points out she can now restart the Dare campaign for Lily, and Victoria’s thrilled to do so. Up at the pool bar, Mattie and Reed discuss their parents’ disapproval. Just then, Cane appears. Mattie shoos Reed away. Cane joins Mattie and apologizes for over-reacting to seeing her kissing a boy, but maintains that Reed is bad news. Mattie calls him out for wrecking their family, and he goes. Reed returns and admits he caused trouble when he first came to town. Mattie reiterates that her father is dead set against them seeing each other. Reed asks how she feels, but she has to go. Nearby, Hochman updates Phyllis on why his plans fell through with Victoria, then goes on about her being a ‘wildcat behind closed doors’. Phyllis informs him it’s way too much information. Downstairs, Mattie encounters Victoria in Neil’s office. Vikki says she’s sorry about what’s happened between their families before exiting. Later, Mattie rejoins Reed and mentions his mother was in her grandfather’s office. She decides if their parents can hide things, they can too, as she and Reed agree to sneak around.

Jordan arrives at Lily’s place to commiserate about Brash & Sassy. He suggests she come and work with him in New York. Lily reminds him she has teens in high school and can’t leave. She’s sorry to see him go, but Jordan isn’t going yet. Talk turns to whether Hilary would go with him. Jordan shares they’ve hit a few speed bumps, and reveals she’s jealous. Lily goes off about her enemy and thinks that Jordan deserves someone better. Jordan thinks maybe he’s found the right woman, but she’s not an option. He pulls Lily into a kiss.

At GC Buzz, Mariah and the staff await word from Hilary at the production meeting. Hil enters and announces she has breaking news, and The Hilary Hour has the exclusive. They spar about what she has for the gossip hounds. The show kicks off with Hil teasing an exclusive and Mariah snarking that she hasn’t even told the staff.

Phyllis finds Jack in his office and stuns him with the news that Victoria didn’t sign with Hochman due to him associating with Cane. Phyllis notes Jack and Cane are both trying to bring Billy down, so she’s off the team. In the corridor, Dina expresses pride in Ashley and Jack keeping John’s dream alive and asks about the estrangement with Billy. Ash is intrigued by Dina’s optimism regarding a reconciliation. Down at Brash & Sassy, Victoria tells Billy that Hochman had a side deal with Cane, and Neil gave her the funding; the only string attached was keeping Lily employed.

Hochman and Cane belly up to the Club bar as Hilary, on TV, reveals her exclusive surrounds Victoria Newman melting down.

At Brash & Sassy, Victoria receives a text from Cane urging her to turn on The Hilary Hour. Billy mutters about the ‘pathetic loser’ as they get online. Up at Jabot, Ashley interrupts Jack and Phyllis’ bickering to turn on Hilary’s show.

At the Club, Hochman goes on high alert as Hilary says his name before airing the footage of his argument with Victoria. After, he informs Cane he won’t need his consulting services and stalks off.

At Jabot and Brash & Sassy, all those watching The Hilary Hour are left smirking or cringing as the coverage wraps up.

Abby informs Nikki that Victor kicked Nick out and she moved in.

Neil tells Devon they gave Victoria a bridge loan. Devon asks, “You did that without talking to me?”

Victoria confronts Hilary at GC Buzz about airing that filthy trash. She informs Hilary she’s taking the footage of her offline and she’s doing it now. 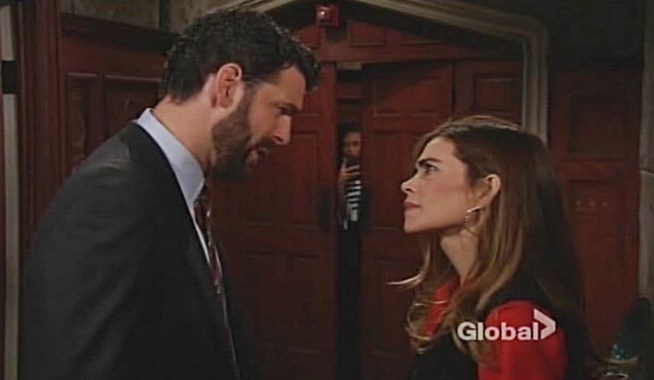 Victoria shows up at GC Buzz seething with anger at Hilary 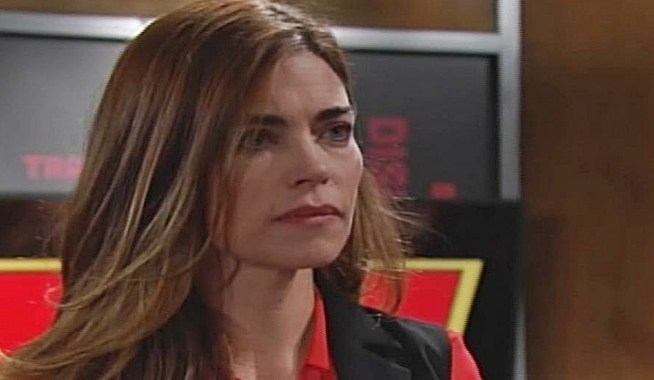