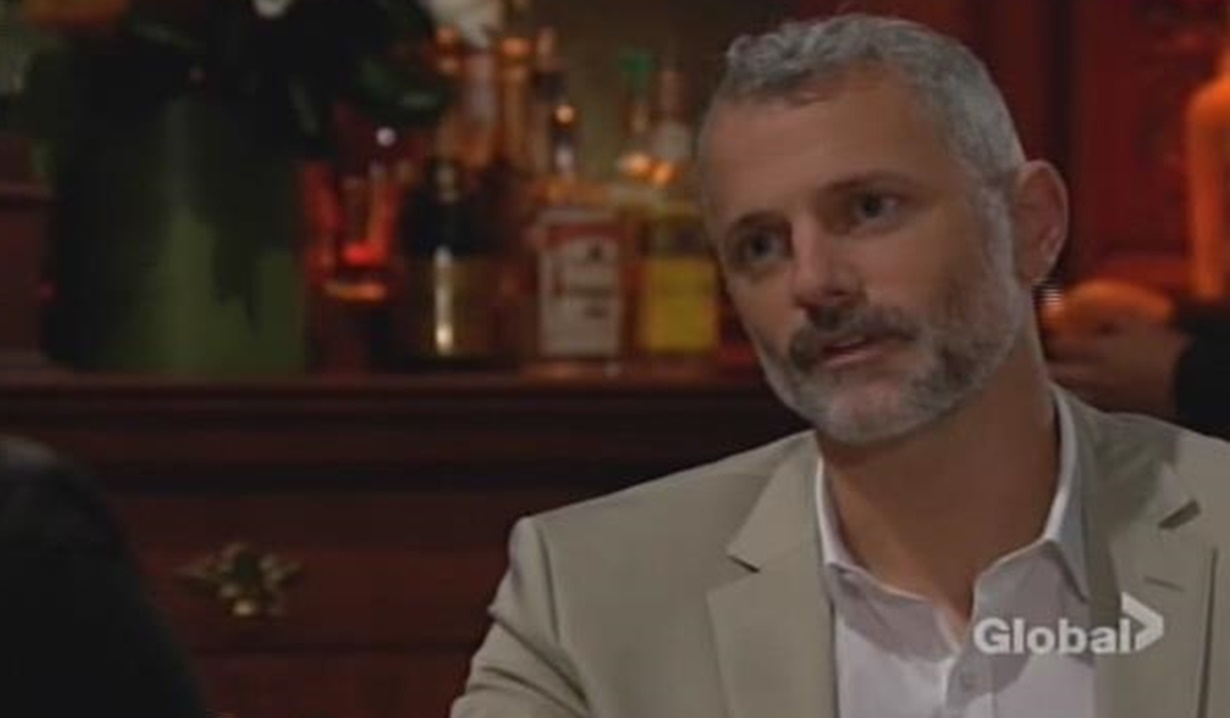 At The Underground, Noah enthuses about his trip to Nick, who reveals he got the ball rolling on the next Newman empire, but has been outbid on three out of three properties. They discuss another option and remain upbeat as they share a father/son bonding moment. Talk turns Nick’s issues with Victor. Noah assures Nick it will never be like that for them.

Devon spots Tessa clasping Mariah’s hand at the pool bar, and thinks they seem nervous. Tessa admits she’s stressed about recording later. Devon reassures her, and Mariah agrees to be there as a cheerleader. Nearby, Phyllis learns Jack sent Victoria flowers in Hochman’s name. She calls him evil, but asks what’s next. Jack wonders what Billy would think of her scheming. Phyllis clarifies her goals, and points out he doesn’t want Nikki to know what he’s up to either. Jack states they’ll keep this between them. Down in Hamilton-Winters Group’s office, Ashley gushes about the new digs and Neil chuckles about her ‘buttering his pancakes’. They get to the reason she’s there – Ashley wants Neil to hire Dina back at Mergeron. Neil’s puzzled, and Ash shares that she thinks Dina regrets selling, and is suffering from depression. Neil doesn’t disagree, but feels it would look bad. Ash understands. In the dining room, Ashley runs into Graham, and senses he’s concerned when he asks if she’s seen Dina. They debate about whether she’s been unhappy, and Ash asks Graham why he pushed her mother to sell Mergeron.

In Brash & Sassy’s lab, Billy sounds off about Victoria’s dalliance with Benjamin Hochman. She bristles at his line of questioning, noting she doesn’t ask about him and Phyllis, and rants, “When was the last time you two plundered each other?” Billy backs off. He’s unconvinced of her claim that Hochman’s most interested in the company, but notes she’s the sole owner, so he’ll have to go through her if he wants a stake. After giving Billy the rest of the day off, Victoria texts Hochman to meet her. When he arrives, she says their interlude was a one-time thing and refers to the flowers. Hochman’s confused, but takes credit for sending them. He felt a connection with Victoria, but respects her position, and asks if she’ll eat dinner with him again. Victoria accepts.

Billy joins Phyllis and Jack at the pool bar. Jack snarks at his brother before leaving. Billy updates Phyllis that Victoria made quite an impression on Hochman, and they debate about it. Billy feels something’s not right. Nearby, Mariah realizes Tessa is truly nervous and vows to support her as they gaze at one another. In Hamilton-Winter’s office, Devon tells Neil that Mariah dropped the ‘L’ word, but he’s unsure if he feels the same way, and doesn’t want to rush things. Neil advises him to be honest. In the dining room, Graham insists it was Dina’s decision to sell, but Ash is still suspicious. Dina enters, loaded down with shopping bags and calls out, “What’s the problem, Darlings?” They touch on their concerns, and Ashley sends Graham upstairs with the bags. Dina gets snippy about trying to fill her days when Ash suggests they shop together next time. After, in her suite, Dina snaps at Graham for upsetting Ashley. He was just worried when he found she’d gone, and questions her buying a juicer. Dina misses having a kitchen…and a home. Graham references ‘why he’s with her’, and assures her he’s not going anywhere. They hug. Later, Mariah is reliving her kiss with Tessa by the pool bar, when Devon approaches to talk about her declaration of love. He’s not ready to reciprocate, but is committed to her. Mariah’s fine with the ‘sweet’ honest gesture, and assures him there’s no one else. They kiss.

More: Latest news for Y&R and all four soaps

At Jabot, Ashley fills Jack in on Dina’s questionable shopping trip. Jack suggests offering her a job there to keep her close, but it’s the last thing Ash wants as it disrespects their father’s memory. Jack argues they should give her a side project to keep her distracted from Graham.

Tessa arrives at The Underground just after Nick’s updated Noah about finding Crystal in the alley, and Sharon’s connection to her. Soon, Tessa’s phone rings. It’s Crystal, who says, “Tessa! Thank God.” Tessa learns the girl needs help and is trying to get information when the phone is pulled from Crystal’s hand and they’re disconnected. Tessa’s clearly shaken, and Noah approaches to ask if she’s okay.

Hilary says to Juliet, “Cane is never leaving Lily.” Juliet replies, “He doesn’t have a choice, she kicked him out.”

Tessa says to Mariah and Devon, “Maybe this is a mistake. Maybe we should just do it another time.”

Sharon is with Crystal when a huge thug enters the room and asks, “Who the hell are you?” 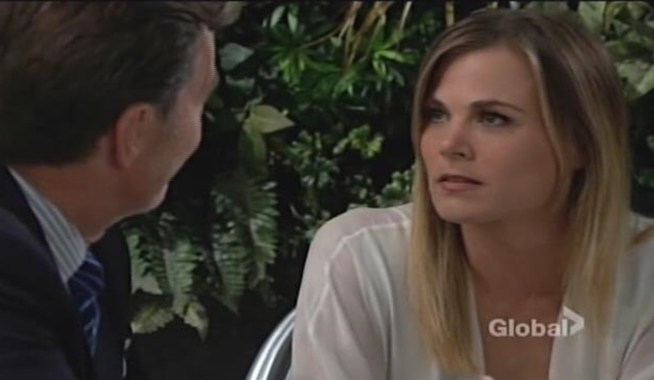 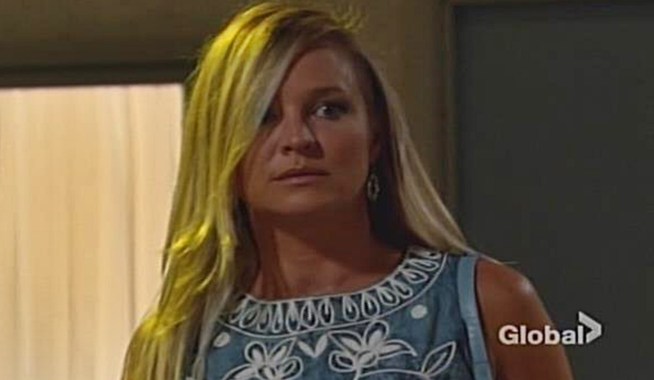