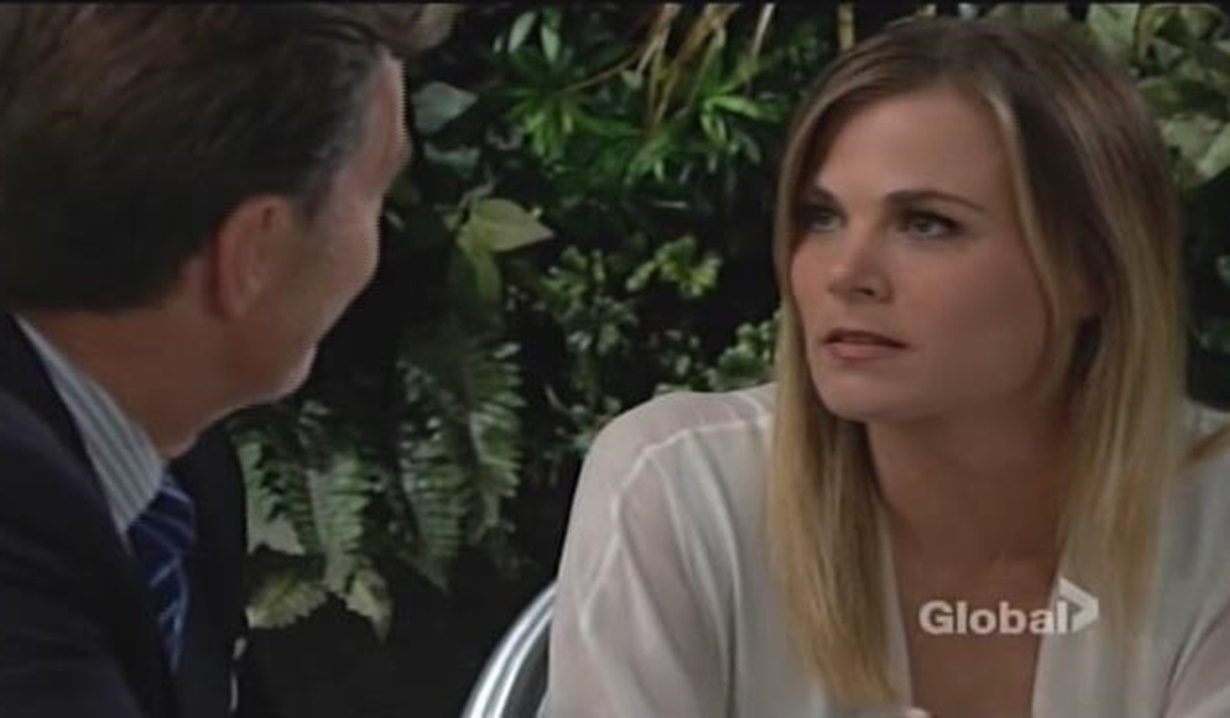 In Hochman’s suite, Victoria awakens to the sound of his snoring. He wakes up and chatters about breakfast as she scrabbles for her clothing. She appreciates his offer to be discreet and exits. Downstairs, Devon spots Hilary. She asks about his trip, and he learns she got the commercial. Devon hugs his ex – he’s always impressed by her ability to make things happen. Nearby, Victoria calls Hannah, then puzzles over the texts asking her to stay overnight. Up at the pool bar, Cane works to convince Jack that his skills could serve them both. Nearby, Noah and Tessa enthuse about her first recording session that night. They establish that he’ll be along for the ride and kiss.

In their living room, Billy tells Phyllis he was unable to reach Victoria at home. When he does get her, Victoria cuts him off once he asks about Benjamin Hochman. Billy opines to Phyllis that Vikki likely had a plan to put Hochman off her business, and adds that he’s not Victoria’s type.

At Crimson Lights, Mariah struts in and gifts Sharon with souvenirs while gushing about the amazing trip. Mariah goes on about the allure of doors opening for them, and reveals she told Devon she loves him. Sharon is happy for her and for Noah. Mariah chirps that Tessa doesn’t do fake; she does what feels right. Later, Noah arrives and Sharon assures him she’s okay with Tessa. Noah needs a favor – Tessa’s stuck with Victor, so he wants Sharon to take her in. At home, Lily talks to Neil about Cane. Neil opines that he never should have used the kids’ tuition money. Lily agrees it was the last straw for her. Neil offers to help out financially, but she declines. Lily mentions the commercial she didn’t book and Neil assures her it will be okay. Later, Jordan arrives and reveals Hilary got the dessert commercial. Lily shrugs it off and tells Jordan that she had to throw Cane out.

At the Club, Hilary approaches Victoria, who isn’t in the mood to talk. After, Hochman approaches Victoria, hoping they can have breakfast after all. Hil watches as Vikki takes off. In the foyer, Cane offers to work for Jack secretly, but Abbott turns him down. Across the room, Hilary chats with Hochman. Jack joins them. Hilary steps away and the men discuss Brash & Sassy. Hochman mentions having dinner with Victoria the night before and Hil hears him say there wasn’t much shop talk between them. When Hilary rejoins Jack, she tells him Victoria did the walk of shame there this morning – she and Benjamin Hochman spent the night together. In the dining room, Cane invites Juliet to sit and tells her the truth about the footage. Juliet reels – she got fired because of him. Cane’s unsympathetic. Juliet reminds him others were hurt – his wife’s commerical was pulled. Cane counters that he can’t get a job, his kids can’t stand him, and Lily threw him out. Juliet’s sorry. She produces the ultrasound photo – this child is lucky to have him as a father. At another table, Neil updates Devon on the latest with Cane. At the pool bar, Mariah spots Tessa, flashes to their kiss, then joins her. They discuss how things have gone to a new level with their boyfriends. Tessa assures Mariah that Devon loves her even though he didn’t say it, and calls her a good friend. Nearby, Phyllis catches up with Hochman, who alludes to not pursuing something that has little chance of paying off. Later, Hilary finds Mariah, who will cover for her while she’s gone to shoot the commercial. She reminds Mariah whose show it is before walking off, and Tessa jokes about pushing her in the pool. Both girls scrounge for cash to pay Tessa’s bill after she tries to use the Newman account. When Devon appears they’re laughing and Tessa’s clasping Mariah’s hand.

At Brash & Sassy, Victoria tells Billy she assured Hochman that Brash & Sassy’s not in play. Billy is sure he didn’t take that at face value and wonders how she shut him down. Vikki puts a brisk end to the line of questioning, but then Billy asks about her being up early.

At the pool bar, Jack gossips to Phyllis that Victoria spent the night with Ben Hochman. She can’t believe it considering he’s a shark circling her company, and Jack grins that he hastened the process along and glancing at his watch, says cryptically, “Should have arrived by now.”

A huge bouquet of flowers arrives at Brash & Sassy for Vikki with a card saying ‘Thanks for a night to remember’. Billy asks what really happened as Victoria flashes to sex with Hochman.

Neil says, “Now we get to the mysterious reason why Ashley’s here.”

Victoria hollers at Billy, “You don’t see me grilling you about Phyllis do you? When’s the last time you two plundered each other?”

Jack asks Phyllis, “We’re agreed? No reason to share our little joint venture with anyone.” 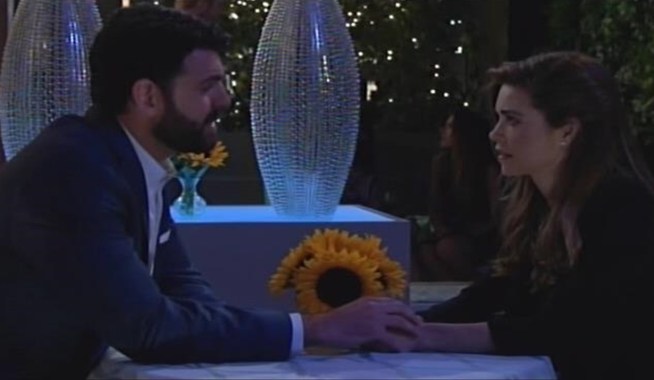 Victoria’s evening with Benjamin Hochman ends in a shocking way

Ashley's concern for Dina deepens after a run-in with Graham 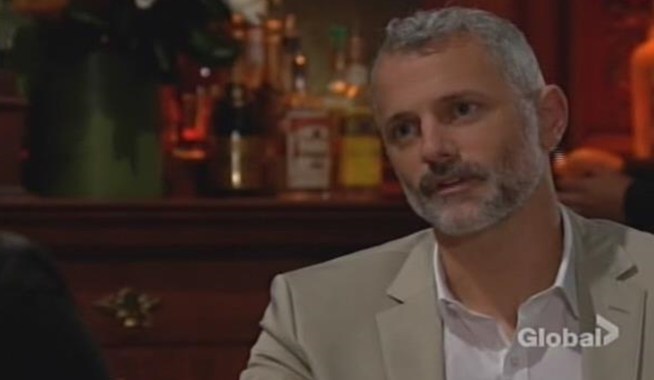